On Friday, April 20th, the Football Federation of Belize (FFB) issued a press release stating the names of the 16 teams that will be participating in the National Amateur Inter-District Club Championship 2018. Among the teams announced was San Pedro’s very own, Terror Squad Football Club, who recently claimed sub-champions of Copa San Pedro 2017. 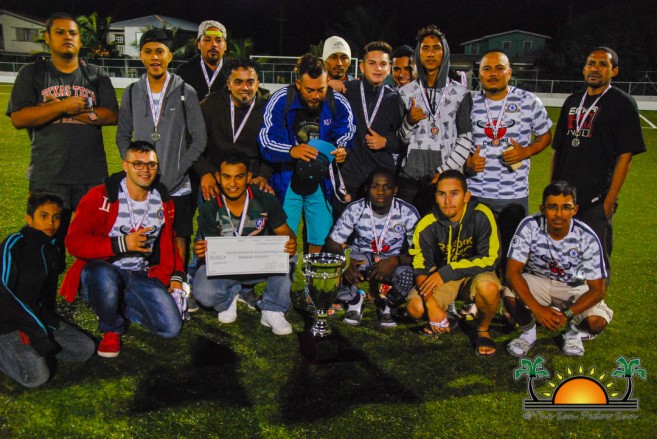 The round of sixteen home and away knockout series will commence on Saturday, May 5th to 6th and will see Calcutta Young Starz versus Trinidad F.C, Progresso F.C taking on Terror Squad F.C, and Chunox F.C going up against Kelly Street F.C., Valley United F.C will take on Red Bull F.C, Arenal F.C versus Peniarol F.C, Elite F.C will face Club Atletico, Tribal F.C versus Dangriga Department of Youth Service, and B&B Landshark F.C will go against Altitude F.C. The eight winners of these rounds of games will qualify to enter the quarterfinal round which will be held on Tuesday, May 15th.
The official venues for the Tournament include: Carolina Football Field and Calcutta Football Field in the Corozal District, Louisiana School Football Field in Orange Walk Town, MCC Grounds in Belize City, Isidoro Beaton Stadium in Belmopan, Norman Broaster Stadium in Cayo, Benque Football Field in Benque Viejo del Carmen, Carl Ramos Stadium in Dangriga, Michael Ashcroft Stadium in Independence Village and Victor Sanchez Union Field in Punta Gorda Town.
The San Pedro Sun congratulates the island team for making it in the National Amateur Inter-District Championship 2018 and wishes them the best of luck!