« Older: San Pedro Tiger Sharks are one win away from 2019 NEBL championship
Newer: » San Pedro teams make it to National Amateur League Championship round of 16 playoffs!


The second annual Belize Sea Challenge took place from Wednesday, May 22nd through Monday, May 27th, starting from Punta Gorda Town Toledo, and ending in Corozal Town. The challenge saw 16 teams taking on 218 grueling miles in the six-day race. Organized by the Belize Tourism Board (BTB) and Love FM, the event saw teams competing in the male, female, and mixed category, beginning every day as early as 5AM from each point of departure. After kayaking along the Belizean Caribbean coast, Team Private Belize Adventures claimed the top prize in the male division with a total of 34 hours and 23 minutes. In second place was Team Recinos Imports BDF Recce Squadron, clocking a cumulative 35 hours and 17 minutes. Taking third place home the Belize Coast Guard Alpha with a cumulative time of 35 hours and 18 minutes. 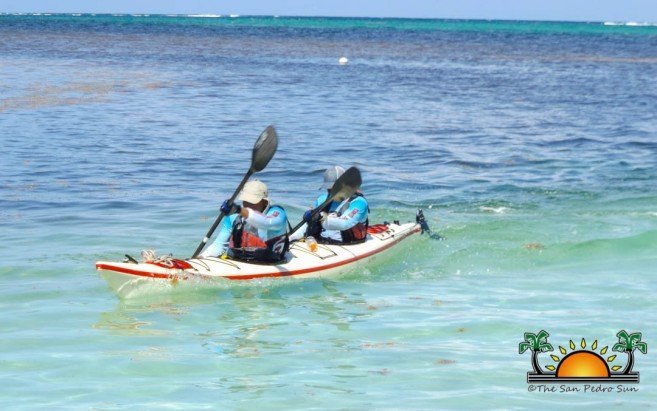 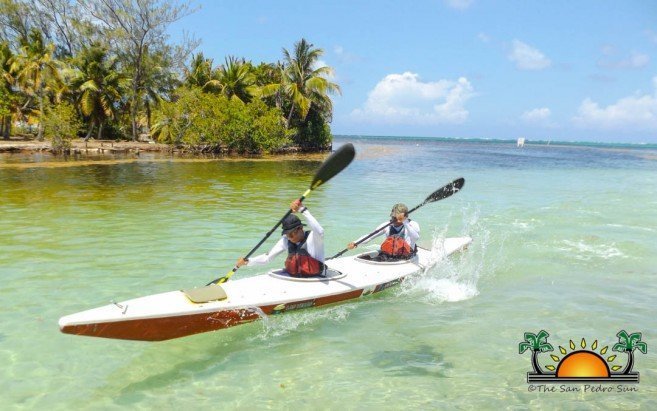 The anticipated sporting activity kicked off from Punta Gorda Town early on Wednesday, May 22nd, en route north to Placencia Village. Each team consisted of four kayakers with two participants kayaking in every leg of the race. Before they arrived in Placencia, they made stops in Monkey River, where teams had the opportunity to change paddlers. Private Belize Adventure took the lead on the first day, clocking eight hours and 51 minutes. 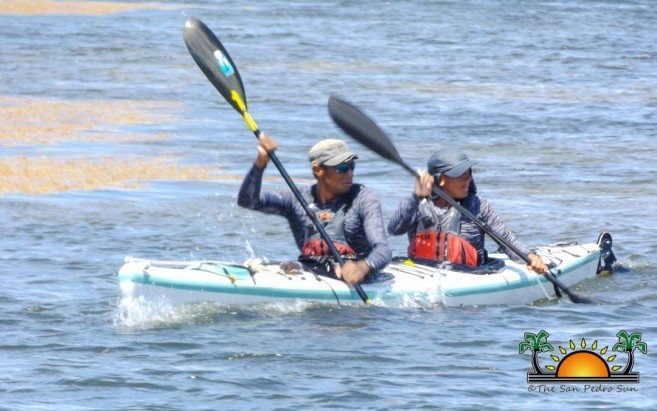 The following day saw the teams beginning the second leg of the race from Hopkins instead of Placencia, due to weather conditions in Placencia. Making it first to the finishing line at the Cultural Capital of Dangriga Town was Recinos Imports BDF Reccee Squadron. They passed the finishing line with a cumulative time of one hour and 32 minutes. Private Belize Adventure arrived one minute later. 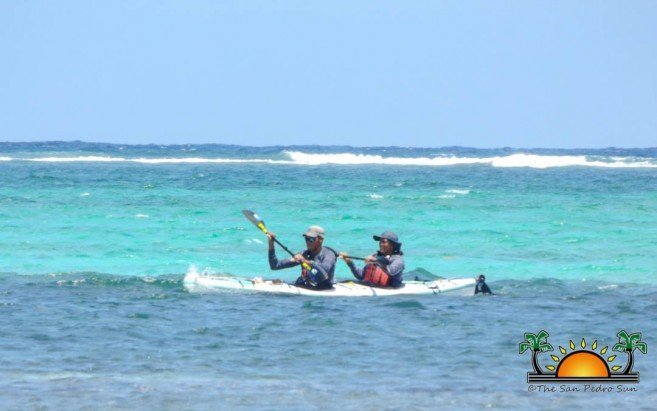 On the third day from Dangriga to Belize City, Private Belize Adventures took the lead again, making it to the Old Capital ahead of Recinos Imports followed by Belize Coast Guard Alpha. As the race approached their last stops, early in the morning on Saturday, May 25th, kayakers headed to Ambergris Caye. On this route, they made stops in St. George’s Caye and Caye Caulker. The top three teams leading in the race Private Belize Adventure, Recinos Imports, and Belize Coast Guard Alpha, were the first to arrive at the Boca del Rio Park at La Isla Bonita. Recinos Imports arrived first, clocking six hours and thirty minutes. All this time, Belize Coast Guard Charlie had been leading in the mixed category, and St. George’s Caye Resort BDF in the female division. 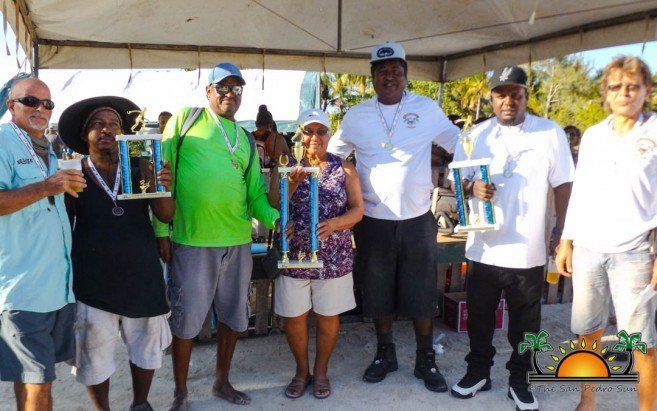 The stop in San Pedro involved another sporting activity- Horseshoe Competition. As competitors made their way to the finishing line, three, two-man member teams battled each other for the top prize. After more than two hours the winners were awarded cash prizes, medals, and trophies. In third place was Hipolito Jones and John Hyde. Second place went to Kenny Hernandez and Tim Okos, while the top prize went to Horseshoe veteran Frank Edwards and Daniel Gregorio Sr.

The kayak race left bright and early on Sunday, May 26th from San Pedro to Sarteneja in the Corozal District. Recinos Imports BDF Recce Squadron won this leg. However, the final sprint from Sarteneja to Corozal Town on Monday, May 27th went to Private Belize Adventure, who beat everyone as they kayaked across the Corozal Bay. 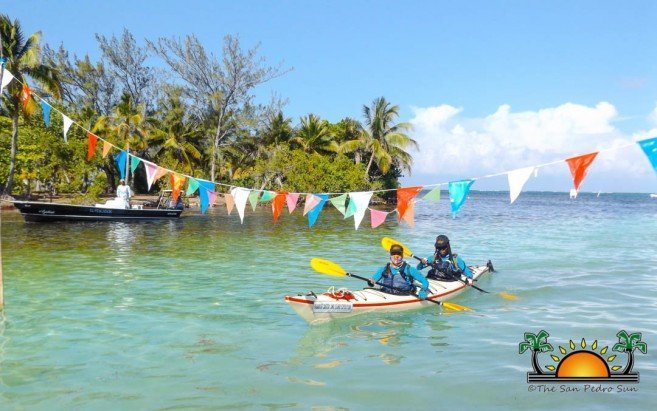 As the teams arrived, they were greeted by a large crowd that gathered by Rainbow Beach. When the last team made it to the finishing line, winners were awarded prizes in their respective categories. Belize Coast Guard Charlie topped the Mixed Division, while St. George’s Caye Resort BDF claim the top prize in the Female Division. In the Male Division Belize Coast Guard Alpha took third place followed by Recinos Imports BDF Recce Squadron finishing up in second place. The first place and grand prize overall went to Private Belize Adventures.

All top teams in the various categories proudly accepted their prizes, and all participants who finished received a medal.
Congratulations to all the participants of this year’s BTB Love Belize Sea Challenge. The third challenge is already schedule for the last weekend in May 2020. A BIG thank you goes out as well to all the organizers and sponsors for making the event possible once again to bring awareness about the need to protect and preserve Belize’s marine natural resources.