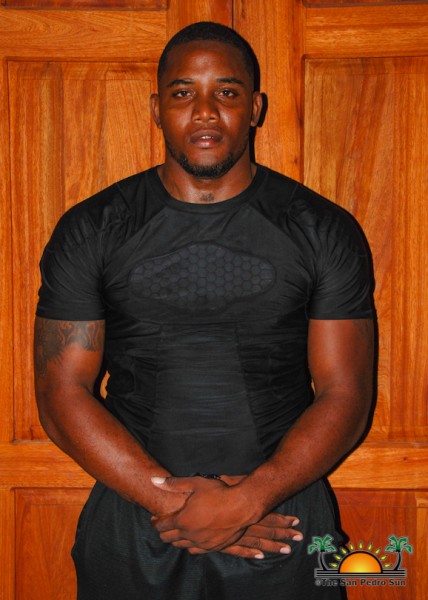 Former San Pedro Tiger Sharks’ basketball player, 25-year-old Andrew Ortiz, was signed by Mexican team Los Toros de Tzucacab. Tzucacab is a town and the municipality seat of the municipality by the same name in the state of Yucatan, where basketball is one of their main sports. Ortiz is expected to play his first game with his new team on August 23, 2019.
The contract with the Mexican team is for a little more than three months, but Ortiz feels proud for the opportunity in his basketball career. His new team, Los Toros de Tzucacab has a good standing in their local league, and with the addition of Ortiz, they hope to grab the championship for the upcoming season. “My first game with the team is this month, and I am super excited,” said Ortiz. He also sent a message to the people on Ambergris Caye who have always supported him. “I am doing this for them, and no matter what happens, my heart is always there in San Pedro,” he said. Ortiz acknowledged his former coach Rico Black from Tiger Sharks and teammate Doug Penland for being a positive role model to youth and sports.
Black expressed his satisfaction for the opportunity his former player is getting. “It is a great opportunity for him, and it also opens up the doors once again for Belizean players,” he told The San Pedro Sun. According to Black, this is the type of exposure Belizeans need, giving examples such as Daren Bovel, Kurt Burgess, Darwin Leslie, Bart Sanchez, Enid Dakers, and Keith Acosta, among others. “When he does well, we all win in some way,” Black said.
Ortiz, originally from Belize City, became a key player with the San Pedro Tiger Sharks during his three years with the island team. In 2015 Ortiz and the San Pedro Tiger Sharks became Belize’s National Elite Basketball League’s champion after defeating Cayo Western Ballaz at the Angel Nuñez Auditorium in San Pedro Town. He played with the island squad for the next two years, before moving on to play with Verdes from Cayo for the 2018 season.