As they prepare for the 2020 season of the National Elite Basketball League (NEBL), the San Pedro Tiger Sharks represented the country and Ambergris Caye at a tournament in Cozumel, Mexico, where they emerged victorious. The basketball tournament took place from the 15th to the 17th of November, and around 20 teams participated in various categories, ranging from male, female to even children’s divisions. The San Pedro Tiger Sharks played in the adult division, winning all games and claiming the championship at the end of the tournament. 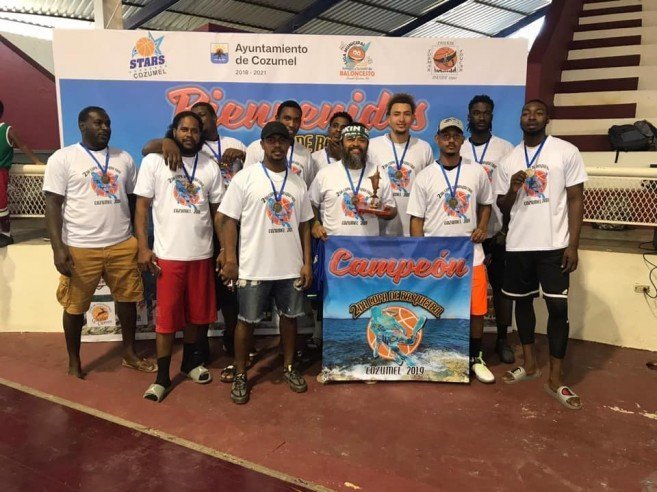 The island team played its first game against team Mapachos comfortably, winning 79-30. Next, the Tiger Sharks played against team Roosters emerging with another comfortable 82-35 victory. The following day, they faced team Titans from Cancun. This match was similar to the previous games, with the Belizean team crushing their opponent 79-38.
On Sunday, November 17th, the San Pedro Tiger Sharks went in for the championship against team Roosters. The action-packed game saw Roosters attempting to challenge the visiting team from Belize. Their efforts were not enough to beat NEBL’s current champion, who took the victory 80-43 and with it, the title of the tournament.
The San Pedro Tiger Sharks are back home where they continue preparing for NEBL’s upcoming season, which kicks off on January 18, 2020. The island team is yet to announce its official list of players. The San Pedro Sun will be presenting the roster as it becomes available.