The National Elite Basketball League (NEBL) bounded into its third week with four games across the country, on Friday, January 31st and Saturday, February 1st. One of those games saw the San Pedro Tiger Sharks claim a close victory against the newest team in the league, the Punta Gorda Panthers. 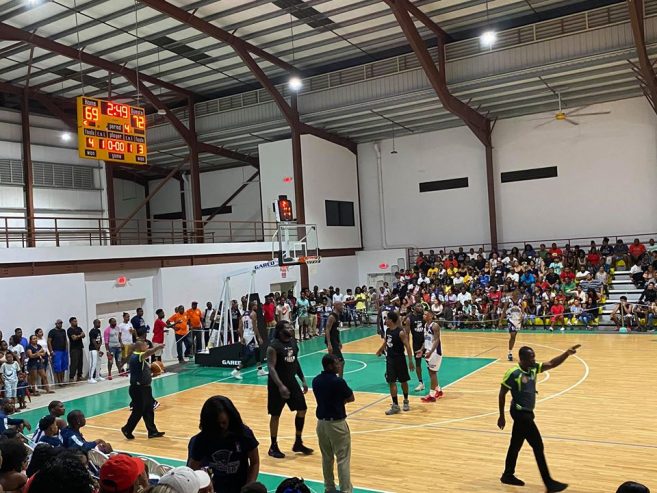 The first game began on Friday, at the Civic Center in Belize City between Verdes and Digi Belize City Defenders. The home team led the first half of the game, heading into halftime up by four points, 36-32. This lead was further extended in the third quarter, giving Verdes little room for any comeback. At the end of the game, the undefeated Verdes had to accept their first loss at 83-75.
Meanwhile, in Orange Walk Town, Belize Hurricanes paid a visit to the Orange Walk Running Rebels. The home team did not disappoint its fans, securing an early 22-12 lead which they extended to 40-31 by intermission time. During the remainder of the two quarters, the Orange Walk Running Rebels maintained their lead and won handily 85-69.
In the Capital City of Belmopan that same day, Belmopan Bandits took on Dangriga Dream Ballers. Bandits jumped out to an early 20-13 lead and at the end of the first half of the game, their lead had ballooned to 40-16. The Dangriga Dream Ballers just could not get an opportunity as the Bandits did not relinquish their lead netting a 74-68 victory. 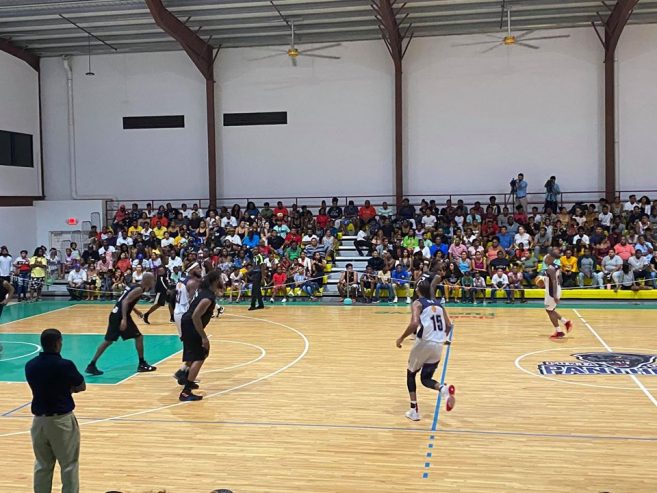 On Saturday, February 1st, the San Pedro Tiger Sharks travelled to Punta Gorda Town in the Toledo District to face NEBL’s newest franchise, the Punta Gorda Panthers. The Tiger Sharks jumped out to an early 24-12 lead, holding on to it with a 42-35 advantage by halftime. During the third quarter, the Panthers closed the gap and even led by one point in the early part of the fourth and final quarter. The island team managed to take back the lead, fighting hard to maintain the slim margin. After some poor free-throw shooting by the Panthers, the Tiger Sharks secured the 82-77 victory.
The San Pedro Tiger Sharks were led by Antone Robinson Jr., who netted 22 points and pulled 12 rebounds, while Martevious Adams finished with a double-double of 19 points and ten rebounds. Jihad Wright was the third player on the team with a double-double with 13 points and ten rebounds. Francis Arana finished the night with 12 points, six rebounds, and six dimes.
The basketball action continues this weekend with the following games:
Friday, February 7th at 8:15 PM – Verdes vs. Belmopan Bandits at Sacred Heart College Auditorium
Friday, February 7th at 8:45 PM – Belize City Defenders vs. Belize Hurricanes at Belize Civic Center
Saturday, February 8th at 8:00 PM –Dangriga Dream Ballers vs. Punta Gorda Panthers at Russel Chiste Garcia Auditorium
Saturday, February 8th at 9:15 PM – San Pedro Tiger Sharks vs. Orange Walk Running Rebels at the Angel Nuñez Auditorium at the San Pedro High School.

Mayor’s and Minister’s Cup Tournament heading to plays off