The National Elite Basketball League (NEBL) is mid-way through its regular season after hosting a series of games during its seventh week. The San Pedro Tiger Sharks and Belize City’s Digi Defenders were both tied at 4-1 for the first place spot in the competition. During the match on Friday, February 21st, The San Pedro Tiger Sharks fought hard for a win, but fell short against Belize City’s Digi Defenders 101-88. 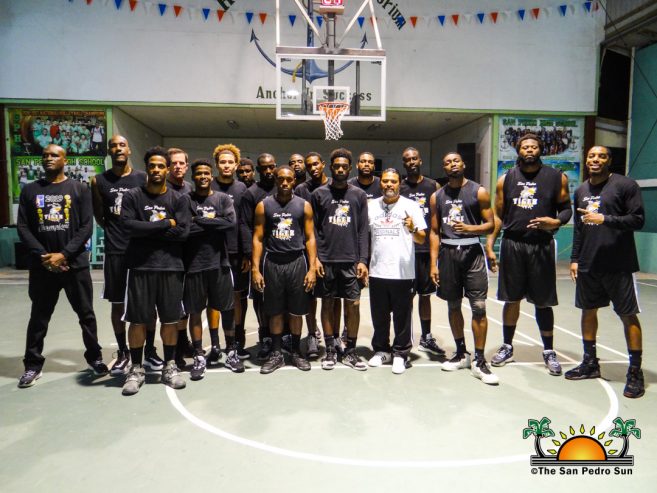 The island team travelled to Belize City determined to nail a fifth win in order to lead in the league, but the Defenders lived up to their name. The Tiger Sharks could not control the game, and the Defenders wasted no time in becoming the dominant team throughout the four quarters. They quickly jumped to a double-digit lead, maintaining it throughout the night.
In the third quarter of the match, the island team almost closed the gap, but with Martevious Adams out of the game in the last quarter, the Tiger Sharks simply could not make a comeback. Digi Defenders kept their lead sealing a victory that gave them the top seed in the 2020 NEBL tournament.
In the Capital City of Belmopan that same evening, Benny’s Belize Hurricanes visited the Belmopan Bandits for a match at the Hilltop Basketball Court. The Capital City team jumped out to an early 22-12 lead at the end of the first quarter. They maintained a lead going into intermission, with a 42-34 advantage. In the third quarter, Hurricanes went on a 33-18 run, taking up a seven-point lead during the last quarter. The Belmopan Bandits almost closed the gap, but Benny’s Belize Hurricanes stole the victory, ending the game with an 89-83 win.
On Saturday, February 21st, Dangriga Dream Ballers headed to San Ignacio Town, Cayo for an action-packed match against Verdes. The Dangriga squad started the game with an 18-17 lead in the first quarter. However, by halftime, the score was in favour of the host team as Verdes retreated to the lockers with a 38-29 lead. The remainder of the game was described as a see-saw affair, as both teams trailed then overcame each other. After much back and forth, Verdes was able to pull away their third consecutive home victory, 69-54.
Meanwhile, the Orange Walk Running Rebels hosted the Punta Gorda Panthers. The game was evenly contested seeing a 19-19 tie at the end of the first quarter. The Punta Gorda Panthers then went into intermission with a comfortable 42-36 lead. However, things changed in the third quarter, and the Running Rebels regained the lead, 77-75 through the final quarter. The Panthers could not break any further leads and Orange Walk Running Rebels secured an 88-81 victory over the newest team in the competition.
Currently, Verdes and Digi Belize City Defenders are the only two teams with one loss each. While the current standings show San Pedro Tiger Sharks in second place of the tournament with ten points followed in third place by Orange Walk Running Rebels with eight points.
The league will bound into its eighth week with the following scheduled games:
Friday, February 28th at 8:45PM
Belize City’s Digi Defenders vs. Orange Walk Running Rebels at the Belize City Civic Centre
Belmopan Bandits vs. San Pedro Tiger Sharks at Hill Top Basketball Court at 9:15PM
Saturday, February 29th at 7PM
Verdes vs. Punta Gorda Panthers at the Sacred Heart College Auditorium
Dangriga Dream Ballers vs. Benny’s Belize Hurricanes at the Russel Chiste Garcia Auditorium at 9PM.