With a 91-75 sweep over Orange Walk Running Rebels, the San Pedro Tiger Sharks move to the top of the standings in the National Elite Basketball League (NEBL). The NEBL also saw three other games across the country, with teams beginning to make their mark as they compete to lead in the 2020 basketball season.
The first match on Friday, February 7th, took place in San Ignacio Town, Cayo District, between Verdes and the Belmopan Bandits. Verdes opened the game on a 15-0 run, extending that lead to 42-21 by halftime. In the second half of the game, the visiting team from Capital City upped their game but faced tough Verdes which maintained their lead to a 67-57 victory.
In Belize City, Belize Hurricanes took on the Belize City Defenders, who jumped to an early 25-10 lead in the first quarter. At halftime, the Defenders were with a 54-33 score, but during the third quarter, Hurricanes cut into the lead, trailing by only nine points. However, when time ran out, and Belize City Defenders still emerged victorious with a final score of 83-67.
Meanwhile, in southern Belize in Dangriga Town, the Dangriga Dream Ballers hosted the newest franchise of the league, the Punta Gorda Panthers. In a closely contested match, the home squad was able to dominate the four quarters and were able to net their first win 78-71, sending the Panthers to their second consecutive loss. 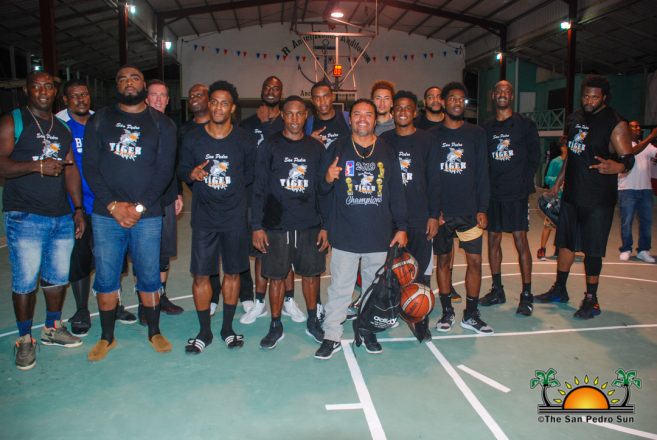 On Saturday, February 8th, the defending NEBL Champions, San Pedro Tiger Sharks hosted the Orange Walk Running Rebels at the Angel Nuñez Auditorium. The Rebels prove to be a tough opponent, leading the first quarter by three points. At the end of the second quarter, the game changed, and the San Pedro Tiger Sharks secured a 49-39 lead at halftime. The island team did not relinquish this lead and played hard for the remaining two-quarters of the match, securing a comfortable 91-75 home victory.
The island squad was led by Jihad Wright, who had the game-high with 25 points, 10 rebounds, seven steals, five assists, and a whopping 40% efficiency rate. Antone Robinson Jr. tallied 20 points and 17 rebounds, while Martevious Adams finished with 20 points and 10 boards. Francis Arana’s performance included 11 points, five assists and five rebounds. Meanwhile, Kurt Burgess had 11 rebounds.
Currently, the top teams in the NEBL are San Pedro Tiger Sharks and Belize City Defenders. The basketball action continues this weekend with the following games:
Friday, February 14th at 9PM – Orange Walk Running Rebels vs. Belmopan Bandits at the Orange Walk
Multi-Purpose Complex
Saturday, February 15th at 8PM – Belize City Defenders vs. Punta Gorda Panthers at Belize Civic Center
Saturday, February 15th at 9:15PM – San Pedro Tiger Sharks vs. Dangriga Dream Ballers at San Pedro’s Angel Nuñez Auditorium.
All scores, standings, schedule and players’ statistics can be found by visiting www.neblbelize.com.