The opening leg in the playoffs of the Premier League of Belize saw San Pedro Pirates falling short against Belmopan Bandits on Saturday, November 23rd, at the Ambergris Stadium. The island team found a very complicated opponent in the Bandits, who at the end of the long whistle, took home a 2-1 victory, leaving the Pirates in a compromising journey to PLB’s championship. 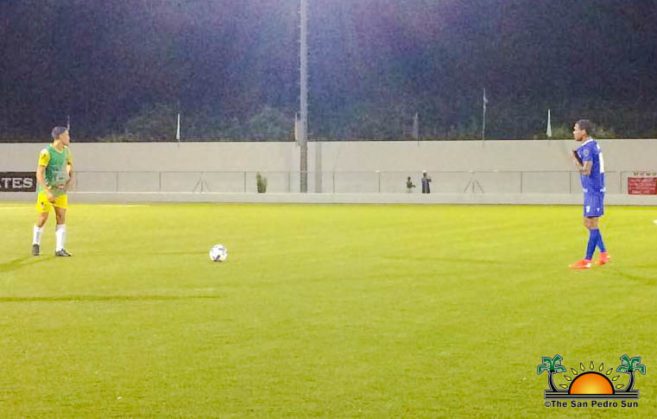 The current champions of the PLB had little control of the game in the first half. While they contained the Bandits in the very first minutes, the Pirates were just not aggressive enough to open the score. The only goal in the first half of the game came in the 19th minute, in favor of Bandits. This was deployed via a free kick from Bandit’s Roberto de Lima. 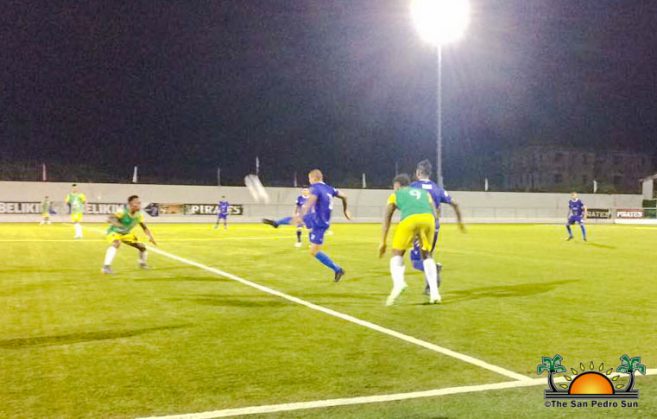 In the second half, Bandits pressured harder, leaving Pirates with limited control of the ball. At minute 57, Nahjib Guerra took advantage of an opportunity near the Pirates’ goal and went in with a solid kick, bumping the score to 2-0. Although Bandits would not see a third goal for the rest of the game, the Pirates kept trying to close the gap. As time ran out for the island team, there was a sudden burst of aggressive approaches against the Bandits. It was then that Pirates’ Jesse Smith found the opportunity to give his team their only goal at minute 83. San Pedro Pirates made several close attempts to even the game, but they ran out of time, and the match ended 2-1 in favor of Bandits.
San Pedro Pirates will head to the Isidoro Beaton Stadium in the Capital City of Belmopan on Saturday, November 30th, where they will need to win if the defending champions want to make it to the finals.