The San Pedro High School girls and boys won the Northern Secondary Schools Sports Association (NSSSA) softball championships hosted by Muffles College at the Peoples Stadium last Saturday.
MVP pitchers Sueny Vasquez and Julio Bardalez led their teams to back to back victories to win the title of Northern Regional champions, and the right to represent the North at the upcoming national championships to be hosted by Belmopan Comprehensive School on March 20-21. 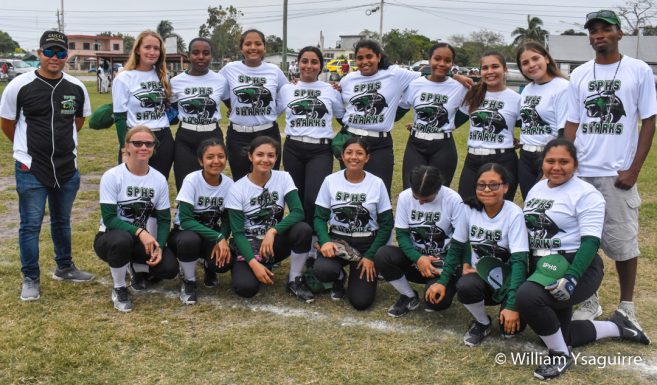 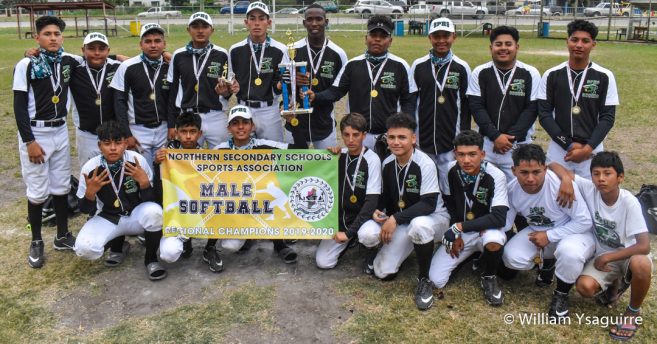 In Game Two, the Belize Rural High School boys eliminated the Corozal Community College boys: 4-3.
In Game Three the championship final, the SPHS boys sent home the Belize Rural High School boys with a 6-2 win. MVP pitcher Julio Bardalez struck out 10 batters, giving up only one hit. The diamond committed one error, and BRHS left a runner on base. Only BRHS’ Jason Banner and Philip Sutherland scored, while their pitcher Gareth Banner walked three batters, gave up six hits, and struck out one batter. Valerio scored two runs, while Escalante, Bardalez, Humes and Romsa scored a run apiece.

After the games and NSSSA Northern Regional champions had been determined, Muffles College principal Maria Johnson presented team trophies and individual medals to the 1st, 2nd and 3rd place winners during the awards ceremony. Sueny Vasquez and Julio Bardalez of San Pedro High School received the Most Valuable Player awards.

The San Pedro Sun joins the entire community in congratulating our young athletes, and we wish both teams the best of luck in the upcoming National Championships to be held on March 20th and 21st, in Belmopan City, Cayo District.

Thousands of students sit the PSE