The San Pedro Invaders scored two goals in their first home match of the 2020 National Amateur Women’s League (NAWL) football competition, but they have yet to win a game, as they lost 0-4 to the Orange Walk Gladiators at the People’s Stadium on Sunday. 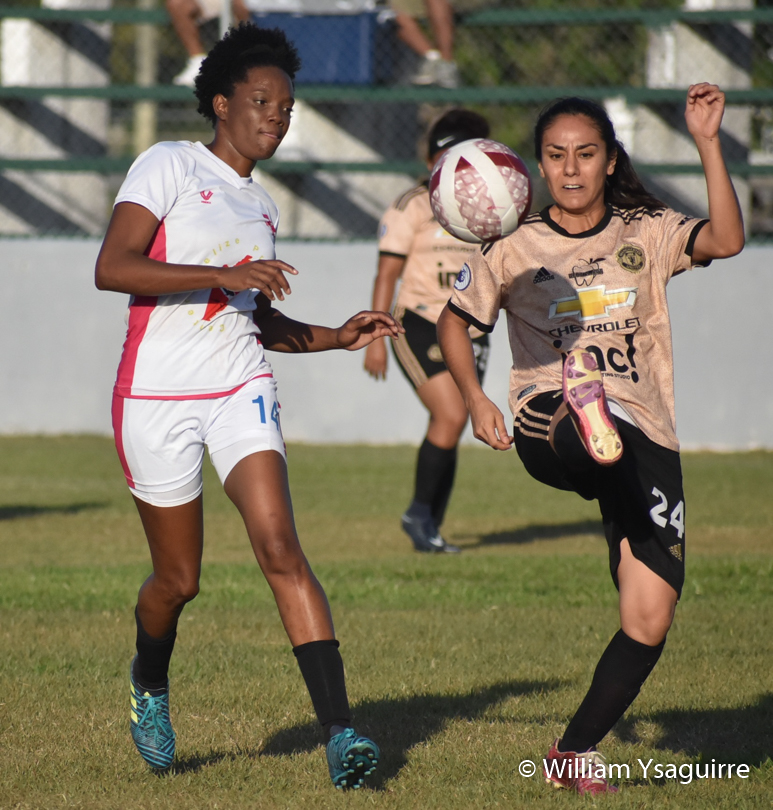 Tamara Baptist and Nadine “Nene” Manzanero led the Invaders’ offensive, supported by Alexia Chan and Marisol Alegria on the wings, and by Dianira Lopez and Juana Rodriguez at midfield. But they could not get by the Gladiators’ veteran defenders Karen Garcia, Maira Acosta, Julissa Mejia and Janellie Chan. Goalkeeper Zidienny Loria took care of all other challenges. 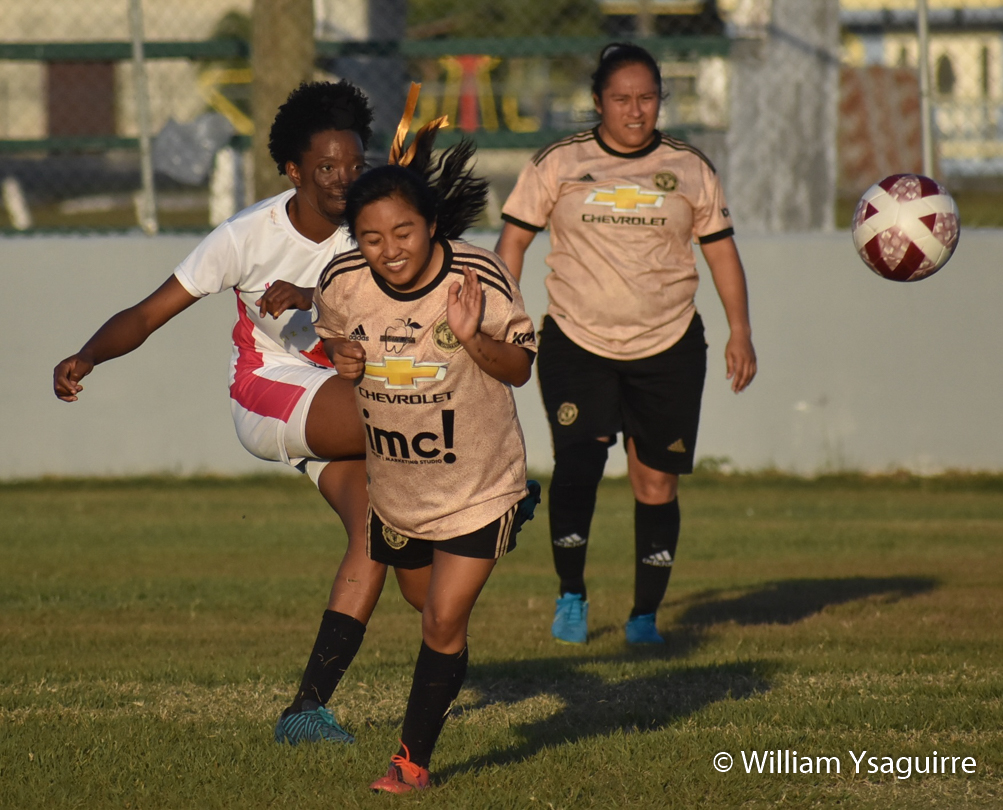 Down at the other end wonder-women Normalee Gomez guarded the web for the Sanpedranas; while Deyni Betancourt anchored the defense, with the help of Cornelia Te, Tiffara Rivero and Claudia Escalante. Alas, they goofed in giving up a penalty when they brought down the Gladiators’ Anahie Blanco inside the 18-yard box in the 12th minute of play. Gladiators’ pint-sized midfielder Kelly Martinez did the honors, and Gomez had no chance as Kelly converted: 1-0. 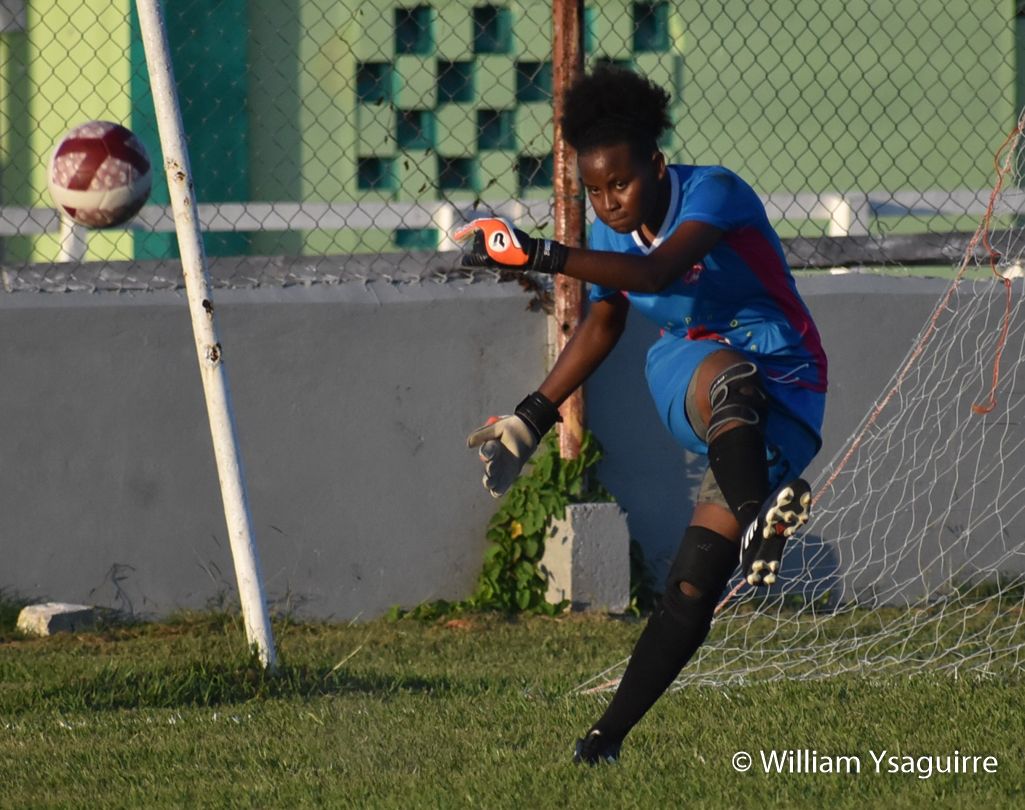 Gomez ably handled long shots tried by the Gladiators’ imported midfielders Nora Abreau and Adriana Calzadillas, and Miriam Villamil also forced Normalee to fly up to tip a hard shot over the crossbar. But when Anahie Blanco shunted a pass across the mouth of the goal to Maria Lopez at the edge of the 6-yard box in the 21st minute, Gomez had no chance when Lopez rocketed the ball into the net: 2-0!
Paula Landerro came off the Invaders’ bench to relieve Alexia Chan, but Thaiany Matu and Giselle Correa also came off the Gladiators’ bench after the break. Adriana Calzadillas drove in a 3rd goal in the 50th minute, and Karen Garcia scored a fourth goal in the 90th minute.

In other games around the NAWL, the Altitude Chics scored their 2nd win: 2-0 against the Toledo Divas at the Michael Ashcroft Stadium on Sunday, when international striker Khalydia Velasquez scored a hat trick for the Dangriga Warriors’ 2nd win: 3-2 against the Cayo Dreamers at Norman Broaster Stadium. On Saturday afternoon, the Belize Defense Force Fc disciplined the Verdes Rebels 2-1 at the MCC garden; while football phenom Kaite Jones scored 7 goals in the Rumberas’ 11-0 blast of the Stann Creek Hyper Jewels at the Cowpen field.