San Pedrana Melanie Paz was elected as the new president 2019-2021 of the Belize Tourism Industry Association (BTIA) during its 33rd Annual General Meeting (AGM) held in Belize City on Thursday, December 6th. The event also saw the re-election of Stewart Krohn as Second Vice President. The meeting held discussions on the Association’s accomplishments over the past twelve months and the state of the tourism industry. 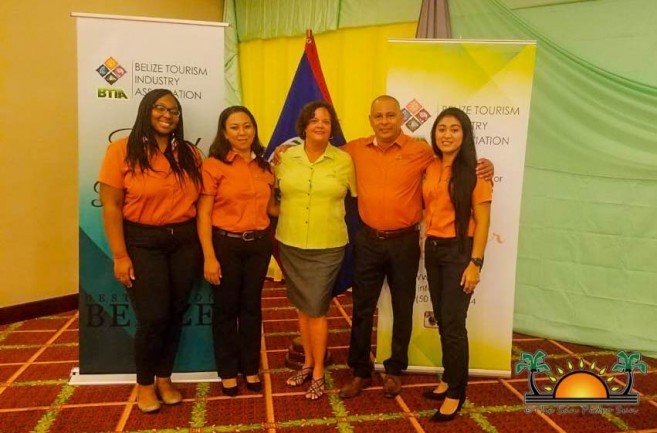 Paz took over from Raineldo Guerrero, who served as interim president of the tourism industry organization after Senator Osmany Salas stepped down in the AGM last year. Salas represents the Non-Governmental Organization community in the government and stated that he left the presidency to focus more on his duties and responsibilities as the NGO Senator. In an interview with The San Pedro Sun, Paz said that it is an honor to serve as the new BTIA president. According to her, it has been a while since BTIA elected a woman as president, especially from San Pedro. “I have some big shoes to fill, but I am up to the challenge,” Paz said.
With a new president installed, the institution now looks forward to continuing improving Belize’s tourism product through various marketing strategies. BTIA’s Executive Director John Burgos discussed what they have done in marketing. “We were very proud to be able to publish the 28th edition of Destination Belize Magazine and expand its marketing platform,” said Burgos. “For the first time, it is available in Spanish to promote Belize in Mexico, Central, and South America.” Burgos indicated that they are speaking to international carriers offering services to those destinations, such as AeroMexico and Copa Airlines to see how they can assist in the distribution of the magazine. 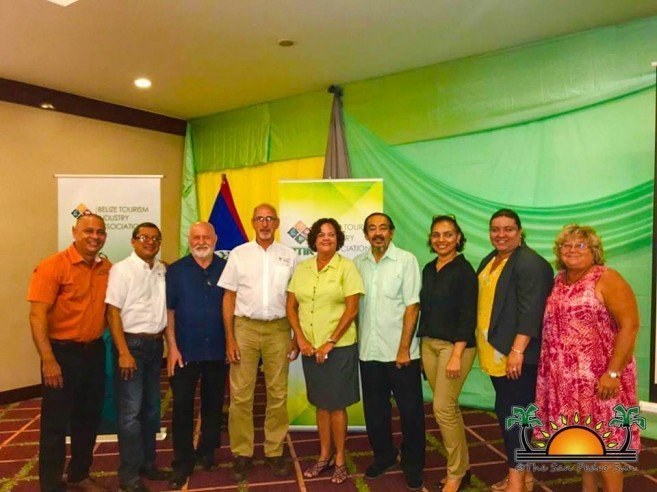 Burgos also reported that the organization was able to expand the amount of training offered to their members. “We were able to offer a safe server training for cooking staff,” he said. “We had training for first aid and CPR, fire prevention and fire extinguishing.” Other training included innovation and tourism training, which involved international guest speakers to represent Google, Trip Advisor, and Expedia along with a digital marketing company called More Tourism.
A special presentation by H.E. Carlos Melendez, Ambassador of Mexico outlined the collaborative efforts between BTIA and the Mexican Embassy in cross-promoting travel between the two countries and special training programs they have offered to the Belizean service industry.
Mr. Ishmael Quiroz, Executive Director for the Economic Development Council, was the guest speaker and spoke of how Belize is uniquely placed as both a Caribbean county and Central American county, offering an authentic experience to travelers from many different destinations.
As tourism continues to be a top contributor to the economic growth, some of these accomplishments were highlighted with the third quarter tourist arrivals report. This report indicates that both overnight and cruise ship arrivals have increased so far contributing significantly to Belize Gross Domestic Product. During the months of July, August, and September, over 100,000 overnight visitors spent a night in the country. At the same time, over 200,000 cruise ship passengers disembarked at the Fort Street Tourism Village in Belize City and at Harvest Caye in southern Belize. According to the report, this boosted the revenues within hotels and restaurants, totaling 24 million dollars.
In ending the BTIA acknowledged their chapter chairpersons with certificates of appreciation and presented out-going President Guerrero a plaque commemorating his contributions to the organization. For more information about the BTIA, please visit their website at www.btia.org