SP BTIA and SPTC commit to a cleaner San Pedro 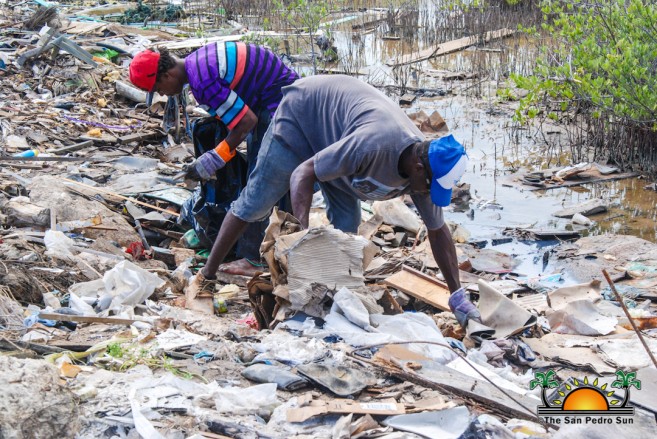 In the meeting, SP BTIA mentioned that during the four-day clean-up campaign illegally disposed of trash was easily identifiable as to its origin. It became apparent that many businesses on the island are hiring individuals with trucks to dispose of their garbage, but the trash never makes it to the Transfer Station. It was speculated that the fees at the Transfer Station are keeping these trucks from going there and that the businesses who hire them are unaware that their trash is not properly disposed of. It was agreed that anyone who hires a truck to remove their garbage should ask that a receipt from the Transfer Station be presented before paying for the hauling service. This easy request can quickly put an end to such illegal dumping. Mayor Guerrero also confirmed that all Town Council trucks would exclusively use the Transfer Station as well.
Enforcement of the NO DUMPING fine was another point of discussion, and Guerrero informed that ticket books were on order and that they were in the process of gazetting town council individuals who will be authorized to issue the tickets, stating that Traffic Officers will be included. The Mayor assured that if photo evidence can prove someone is illegally dumping, that is enough to issue a ticket and he encouraged people to be on the lookout for the illegal behavior. Photos can be dropped at the Town Council or emailed to [email protected] or the SP BTIA at [email protected] 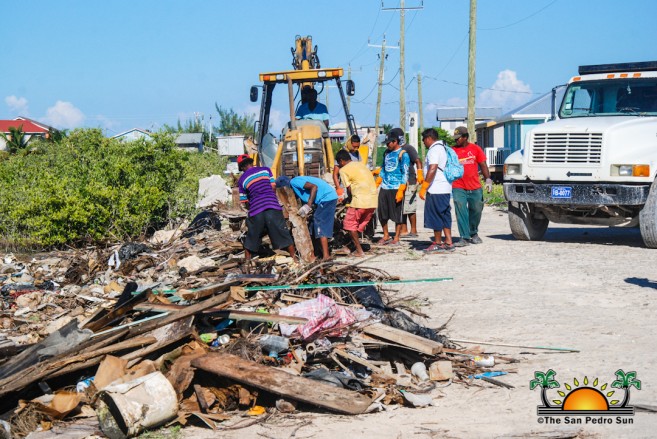 It was also suggested a Trash Task Force be formed to identify existing problems and work on solutions. The task force would consist of representatives from the Health Department, Belize Solid Waste Management, San Pedro Town Council, SP BTIA and other stakeholders. The Mayor was in support of the idea and announced plans for the task force at the inauguration of Town Council’s Child-Friendly Secretariat ceremony the same day.
Other items discussed included the installation of NO DUMPING signs, the clean-up of the massive dumpsite in the Ely Subdivision, proper disposal of motor oil and batteries, and stationing large garbage containers at various locations around the island.
“It is essential that the Town Council is one-hundred percent onboard with our clean-up initiative and that efforts continue in removing illegally disposed of trash,” commented Chairwoman Sniffin. “There is much, MUCH more to be done, but we are optimistic that if we all work as a team that in the near future our island home will be a clean and healthy environment for our residents and island guests.”