Improper and illegal garbage disposal in San Pedro Town continues to be a big problem, and authorities at on the island like The San Pedro Town Council (SPTC) seem to be moving a little too slow to address the issue. One reported situation is the recent dumping next to the San Pedrito Highway, adjacent to the airstrip. The blatant move clearly identifies the possible origin of the garbage, which includes old restaurants menus, old cheques and even personal information of past customers recorded in receipt books for golf cart rentals. Mayor Daniel Guerrero was made aware of the situation and he promised to look into the matter and punish the culprits. 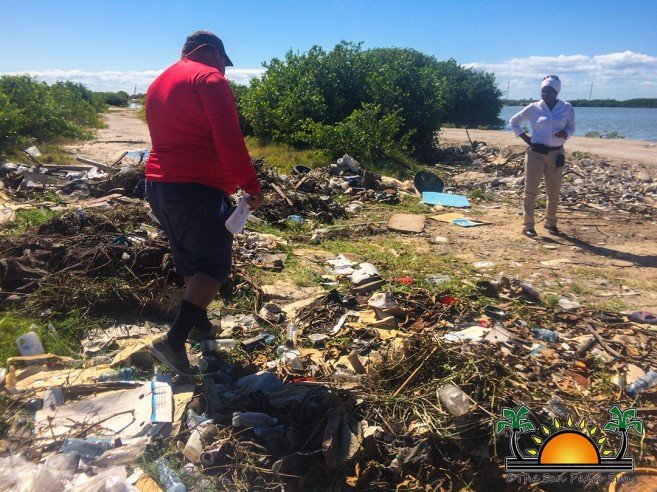 On Thursday, February 14th, Councillor Gabriel Nuñez in charge of Public Utilities, Community Protection and Safety including Waste Management and Sanitation visited the site accompanied by Health Inspector Christina Martinez and the San Pedro Police Department. They proceeded to order the suspected establishment to remove the garbage by the end of the day. The business allegedly committed to comply with the order, however, up to press time, the trash had not been removed. 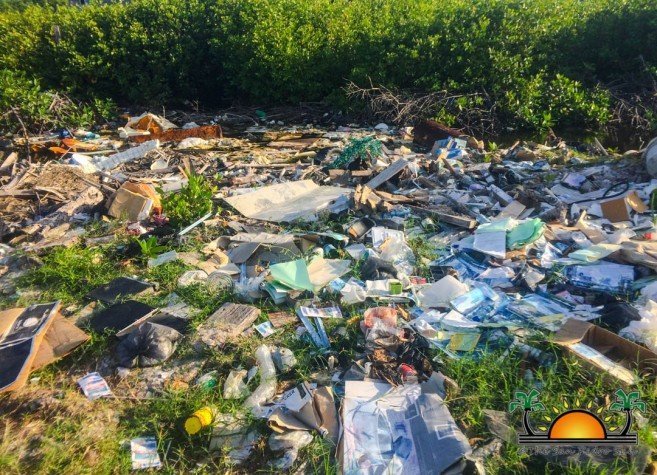 The incident first came to the attention of The San Pedro Sun via a social media post on Wednesday, February 6th, which outraged the over 100 persons that participated in a massive clean-up campaign held in the same area in November of last year. Organized by the San Pedro Branch of the Belize Tourism Industry Association, the collective clean-up removed tons of garbage bags that was choking the San Pedrito Highway and shrank the eyesore that was visitors’ first experience when landing on the island. 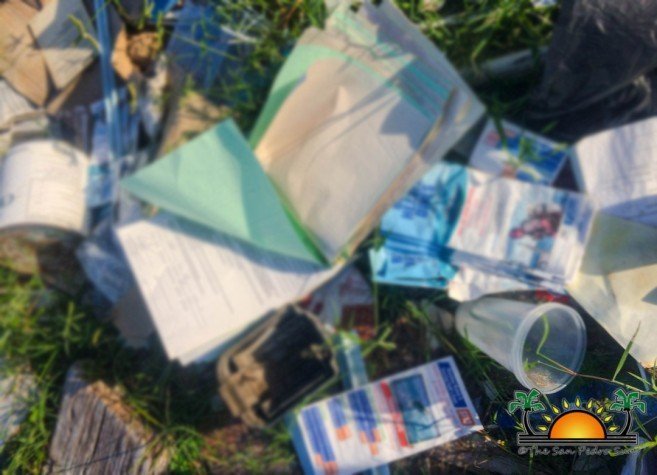 When the dumping was reported, Guerrero was immediately provided with images and informed of the location of the dumping. Guerrero, who has pledged zero tolerance to this practice, told The San Pedro Sun that the garbage would be picked up the following day. The Sun followed up with a visit to the area and noticed that nothing had been done. The issue became more alarming after discovering among the discarded items golf cart receipt books from Tropicana Golf Cart Rental, complete with past clients’ credit card information still on them. The business, located on Coconut Drive, operates next to the recently opened ‘My Place Steakhouse,’ which was formerly Tropicana Restaurant. 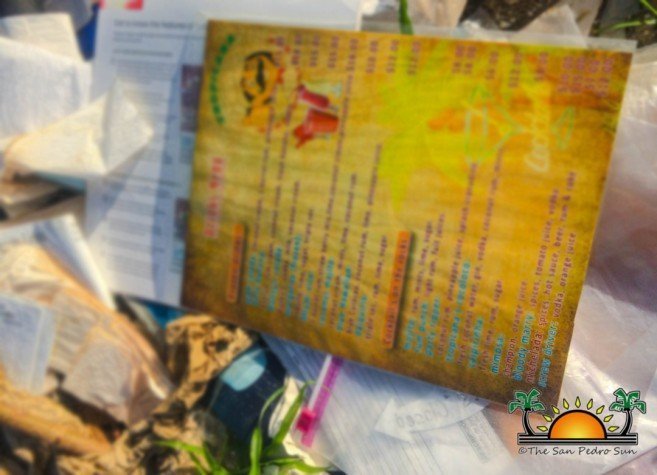 On Thursday, February 7th, The San Pedro Sun caught up with Mayor Guerrero at an unrelated event. He indicated that he knew the person responsible for the dumping and was going to be issuing a fine against him. He further stated that, he would have that person pick up the garbage. He claimed that the media would be invited to witness and document this action, to deter others from this practice. The San Pedro Sun was indeed invited to visit the site along with Councillor Nuñez, Health Inspector Martinez and members of the island’s police formation a week later. However, the visit to the site was no more than a brief inspection of the eyesore. Martinez said she was going to speak to the person/s liable of the illegal dumping, and have the area cleaned. Martinez stated that after speaking to the proprietors of Tropicana Golf Cart Rentals they acknowledged the offence and agreed to clean the area in a timely manner. 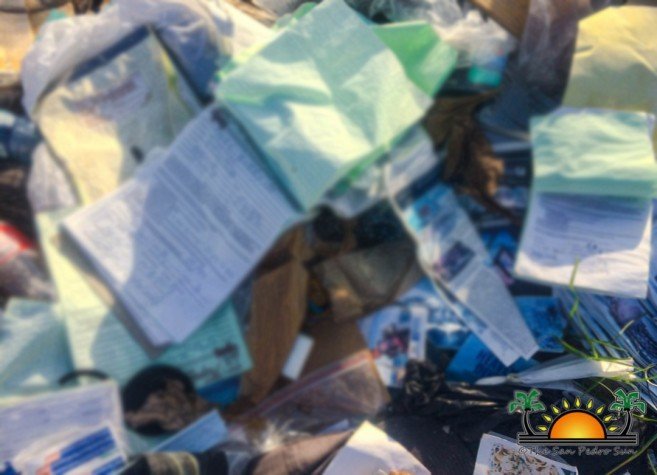 Prior and after the inspection of the San Pedrito Highway, this newspaper made several attempts to speak to Guerrero regarding the issue, but to no avail. 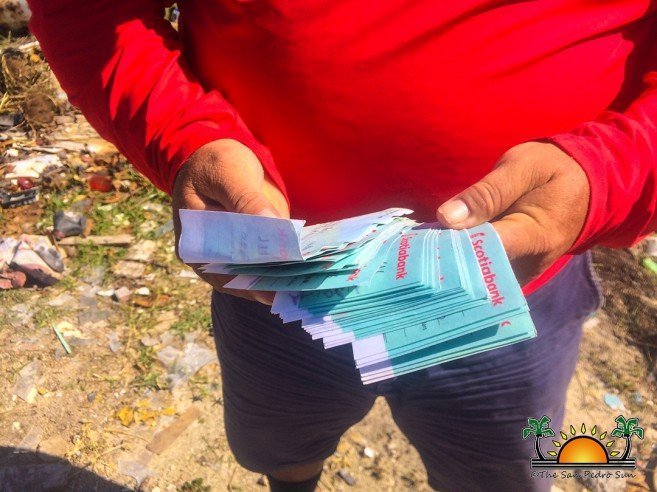 Meanwhile, the garbage remains where it was dumped, along with the personal information from dozens of costumers, who at some point, rented the services from Tropicana.

Foreign Minister Participates in A SIDS Moment in December