The San Pedro Town Council (SPTC) is working with the Belize Solid Waste Management Authority (BSWMA) to address waste management on the island. The BSWMA visited the island’s transfer station and learned that the handling of rubbish was unorganized. In the past, they had recommended the separation of waste; this was reportedly never done. Therefore, the SPTC will engage in an educational campaign to encourage islanders to separate their household rubbish before being picked up and transported to the transfer station. 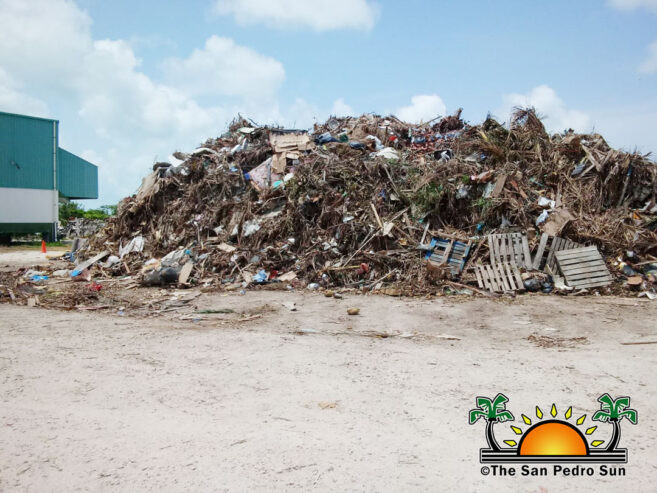 Mayor Gualberto ‘Wally’ Nuñez recalled that when they visited the transfer station located south of downtown, they discovered a mountain of garbage. There was clearly no separation of waste, and the facility was almost full. Nuñez said personnel from BSWMA made arrangements and have managed to alleviate the problem by significantly separating the rubbish. The separation inside the station now includes an area only for metals, green waste, and household discarded items.

According to Nuñez, Solid Waste Management will be stricter and require garbage to be separated before dumping. “We will have to start to do an educational campaign, so people start to separate their garbage,” said Nuñez. Representatives of the SPTC will visit households, explain why it is essential to sort out their waste and how it should be done.

The town board plans to eliminate green waste (biodegradable material) by dumping it in a designated area. According to the Mayor, they will be using the site known as the ‘old dump’ to discard organic waste. The fees for dumping garbage at the old dump are expected to increase; thus, the town council will adjust fees for businesses.

It is important to note that discarded items like electric appliances, stoves, refrigerators, microwaves, old batteries, and even mattresses will not be picked up by the sanitation department. Residents are responsible for must getting this litter to the transfer station. 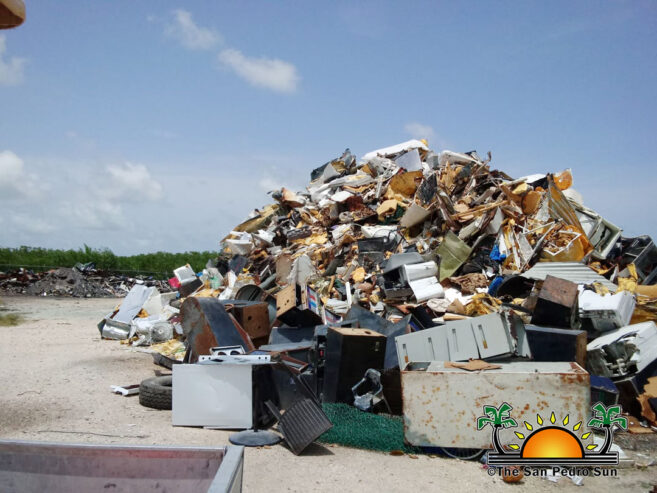 The SPTC sanitation department is not responsible for construction debris. The Mayor explained that they would team up with the local building unit to address this issue. Construction companies will be required to submit a plan to properly dispose of the waste when applying for a building permit. That waste can either be used as landfill or make arrangements with BSWMA.

In the case of red waste (medical waste), discussions are underway with the Ministry of Health and Wellness on how to dispose of it properly. This type of waste is best treated by burning it, but without an incinerator available, this practice is not being considered. According to BSWMA, in the past, they have done controlled burning of waste under the strict supervision of personnel from the Forest Department. This practice was mainly because the transfer of waste to the mainland is not as efficient.

A local stakeholder acquired an incinerator; however, this was never put to use. The SPTC is making arrangements to have access to this incinerator and get it installed. 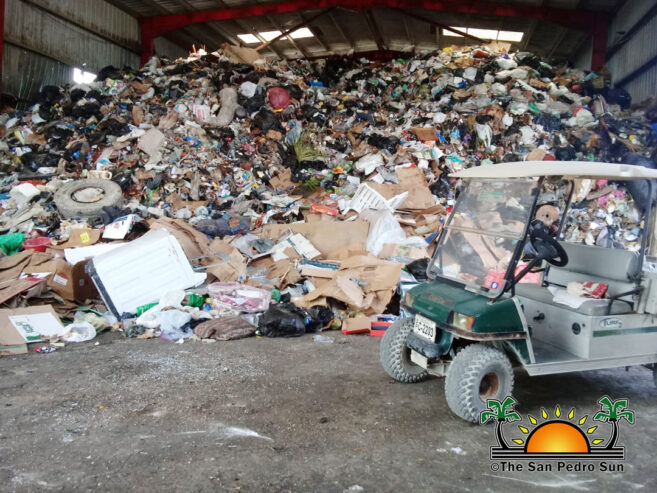 Another issue on the island is the number of derelict vehicles; some parked on the street sides or empty lots. The owners of these neglected vehicles will be receiving a letter, as they are responsible for getting them off the island. “Once you register your vehicle, and you want to do a replacement, you need to show how you can get rid of the old one,” said Nuñez. He said this is a requirement; thus, the owners of these old cars need to make their own arrangements.

This is the plan to tackle the garbage issue on the island, something that could have been set in place long ago. The parties involved in the initiative ask all island residents to keep the island clean and make the job easier at the transfer station. It is everyone’s responsibility to help manage waste in San Pedro. If there is no community support, managing waste on the island will continue to be a challenge for all.