SPTC admits to issues within the Sanitation Department and garbage collection


The San Pedro Town Council (SPTC) has admitted that they are having difficulties with the collection of garbage due to the need for new and better equipment for their sanitation department. The island administration says that they are trying to secure funds to update their equipment and zoning the main areas of town for a more organized trash collection. Mayor Daniel Guerrero told The San Pedro Sun that they are working on this most serious situation. It was clear, however, that some of the plans discussed to tackle the issue were the same as last year’s resolutions; house to house educational campaigns, hiring additional staff to engage the community, and consequences if SPTC rules are not met. 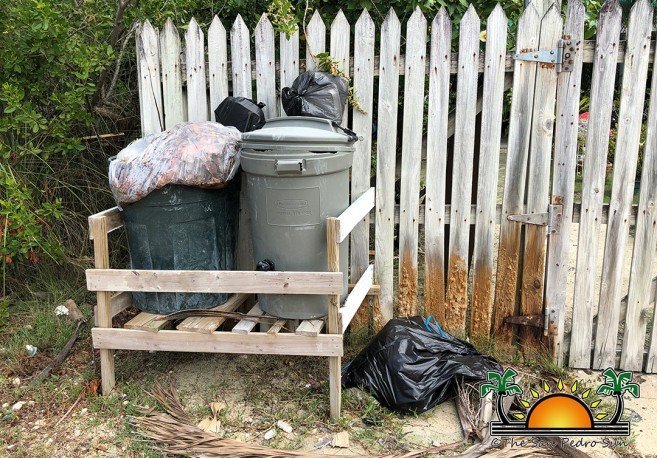 The initial plan is to divide the town into three zones instead of the current two assigned for trash collection. “The first zone will be San Mateo Sub-division and north of San Pedro Town, the other section will be from the bridge to San Pedrito and then from the airstrip to the south of town,” said Guerrero. “At the moment we have two persons supervising the collection, but eventually we will have a third for when we split the current areas into three sections.”
Guerrero stated that they are also looking to hire a person to visit homes and educate them about the collection of garbage and which days they should set out their trash for pick up. This was a plan for 2018, but the Mayor expects it to take place this year. He added that following this education campaign, those who do not comply will be penalized. Guerrero acknowledges that sometimes there is a delay in the garbage collection, but that it does not exceed three days. “As I said, we are having issues with equipment, but when we are notified that garbage is not being picked up, we get it done as quickly as possible, rather than taking weeks to do it as some people claim,” said Guerrero. He was referring to a social media post in which a resident claimed garbage had not been picked up for over 11 days. He emphasized to the public that they should keep their trash cans inside their property. Any structure built outside of the property to hold trash cans will be demolished by the SPTC, as it is required to be inside the respective premises. Residents will be reminded of this rule via the house to house educational campaign in the upcoming weeks.
While the SPTC attempts to acquire new trash compactors, they are also asking the community to work with them and begin separating their yard debris (lumber, refrigerators, and mattresses) from organic trash. “Eventually we will stop picking up yard garbage for free,” said Guerrero. “People will then need to start paying for large item pick-up whether they call the SPTC or opt for a cargo service to take the trash to the transfer station.” He asks that residents be more considerate. “They have been asked to separate their trash, and it is not happening,” said a frustrated Guerrero. This is another item that will be explained to residents when the garbage educational campaign takes place.
The SPTC asks for community cooperation and patience as they work to alleviate the situation. They commend all the volunteerism in the weekly clean-up activities and acknowledge the San Pedro Branch of the Belize Tourism Industry Association for their successful clean-up campaign held in November of 2018. They continue urging everyone to report any illegal dumping and to bring up any complaints or suggestions regarding the trash issue by visiting their offices of Barrier Reef Drive, or by calling 226-2198.