Tropic Air is celebrating 40 years of service in Belize, and to make the occasion extra special they showcased their new terminal in Caye Caulker. 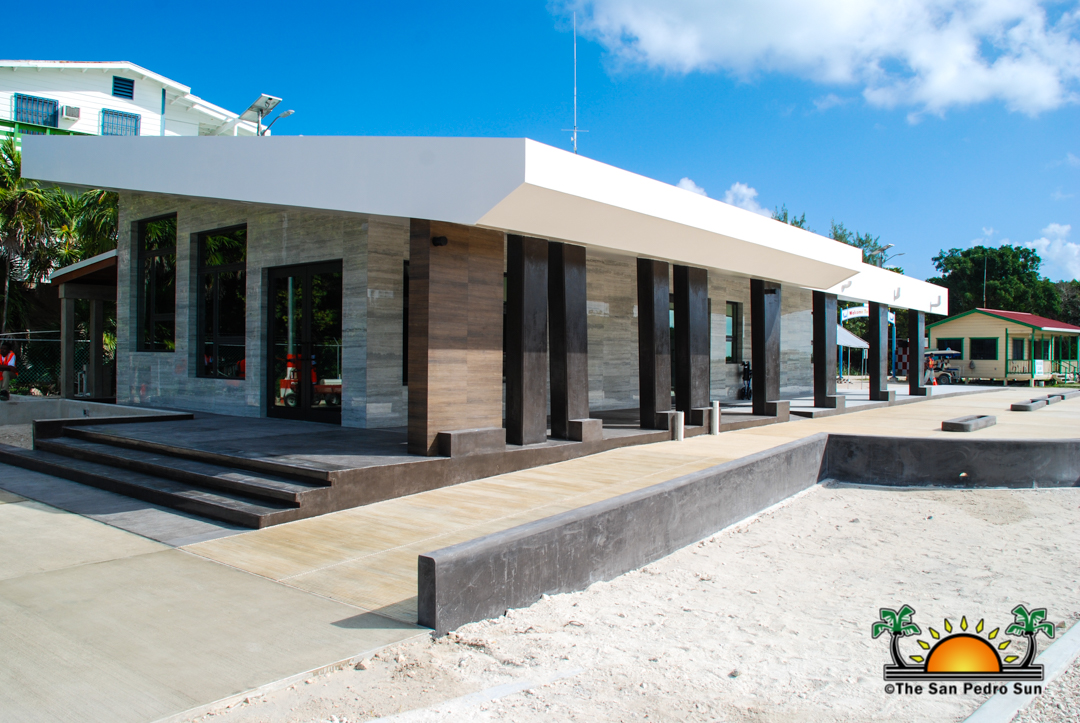 The terminal is not fully complete, yet, but it is operational, and on Wednesday, December 11th the first passengers checked in and enjoyed the new building’s airy ambiance and comfort. When the terminal is completed, it will count with an expanded arrival- departure and cargo areas, reflecting the airline’s growth and future goals to continue expanding. 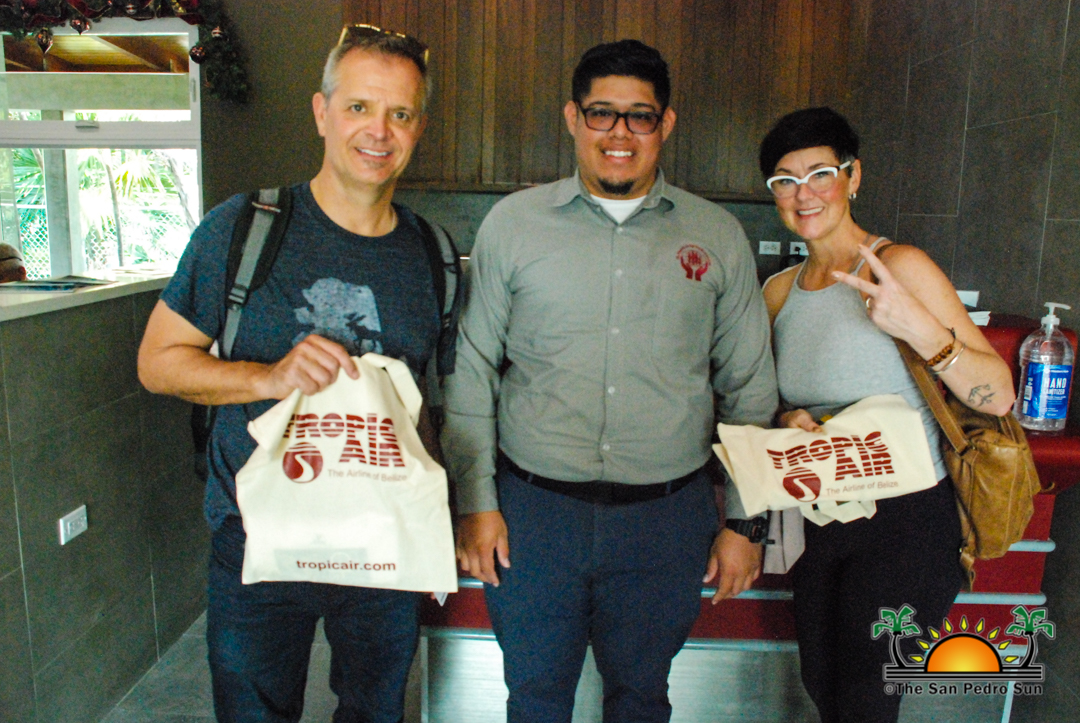 The construction of the Caye Caulker terminal began in May of this year at a cost of BZ$1 million for a new 1,600 square foot air-conditioned terminal. President of Tropic Air, John Greif III told The San Pedro Sun that he is impressed with the work that architect Javier Alamilla of NUDE Architecture has done. “We are very happy the way it turned out,” said Greif.

He added that the new terminal coincides with the 40th anniversary of the airline, and thus he found it fit to visit and welcome its first customers. Throughout the day customers were greeted with refreshments and special discounts along with souvenirs. They also witnessed the cutting of a cake bearing the number forty in commemoration of the airline’s anniversary. When the terminal is completed there will be an official grand opening in January 2020.

Throughout the week they celebrated their four decades, not only with their customers but also with their very own staff. Tropic Air understands that forty years can only be achieved by having loyal, hard-working employees, thus, on Tuesday, December 10th several of its senior employees were acknowledged. Greif and CEO Steve Schulte were pleased to join five of six employees who have worked at Tropic for well over thirty years for a quick photo op in preparation for their grand celebration! 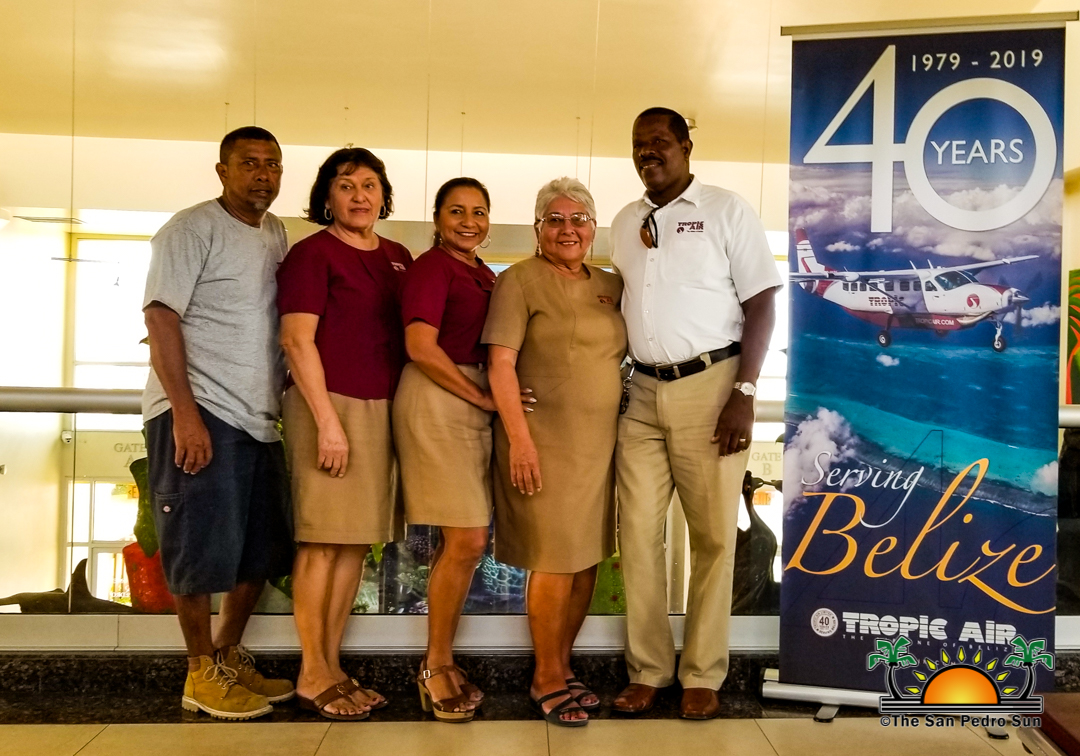 The history of Tropic Air begins in 1979, and since then it has done its best to live up to its reputation as ‘The Airline of Belize.’ Greif spoke about the genesis of the airline, which now covers the entire country with daily domestic and regional flights. He stated that after studying aerospace engineering in Texas in the United States of America, he returned to Ambergris Caye, where he intended to be a sailboat captain. “That was a hard business get in during those days, and there was not a lot of money even if you could get into it,” he said. “I had all my aviation credentials because my dad was a flight instructor and I began to grow a passion for aviation.” 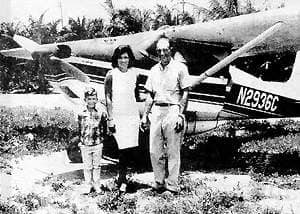 Greif said they then noticed a large service gap on the island, and as result, together with his parents, they acquired a three-seater charter plane and Tropic Air was born. Two years later, they added a second airplane to their fleet and started their scheduled flight services. “We began adding two or three airplanes every year after 1981, and today we have a total of 19 aircraft in our fleet,” said Greif. For the first 25 years, Greif said that he worked as a pilot with the airline and flew on a daily basis.

Tropic Air continues to expand
After covering most of the municipalities via domestic flights, Tropic Air expanded its services to Guatemala, Honduras, and Mexico. They have been using 12-seater Cessna Caravans for these international routes, but in September of this year, the company acquired a 1900D Beechcraft which will take over these regional flights. “It has a pressurized cabin and can fly up to 30,000 feet. This plane is very efficient and is designed for regional and long-distance flights,” said Greif. The plane is expected to be put into use in January 2020 and it is expected to drive down costs and provide greater comfort for passengers. According to Greif, a Cessna Caravan takes up to one hour and a half to get to Cancun, Mexico, whereas the 1900D Beechcraft is expected to cover that same distance in around 50 minutes.
Tropic Air looks forward to continuing its expansion in the near future, and according to Greif, their introduction of the airliner to service the international routes is one of the first steps. They are hopeful that in the upcoming decade or so, they can see the acquisition of larger airplanes like the 1900D Beechcraft and open more routes in the region.

Tropic Air is a member of the Latin American Airlines Association (ALTA), and recently completed IATA’s Industry Standard Safety Audit for the third time, after joining the program in 2015. The airline employs over 300 professionals and is expecting to carry over 300,000 passengers this year along with 425,000 pieces of freight. The Belizean airline has also won prestigious awards including the Traveler’s Choice Award in the Specialty and Leisure Category in Latin America in the 2019 TripAdvisor Travelers’ Choice awards for Airlines. For more information on Tropic Air, you can visit their website at https://www.tropicair.com/.

BNN shares its recommendations for a national economic recovery plan

Settlement between the US Federal Trade Commission and Atlantic International Bank Ltd. Re Sanctuary Belize