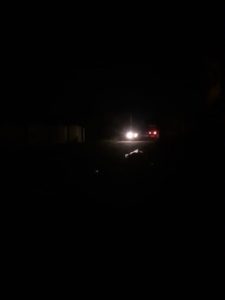 Residents on the island of Caye Caulker are experiencing a shortage of water and electricity, affecting thousands of residents and the business sector. At this time of posting, most of La Isla Cariñosa is in darkness with low pressure or no running water and many tourists are leaving the island.

The problem with the water supply worsened after Belize Water Services’ (BWS) Reverse Osmosis Water Treatment Plant shut down on Sunday, December 29th due to a broken main drive shaft. The island had 150,000-gallon water storage, but by Monday, December 30th, the reserve was depleted. To address the emergency, BWS dispatched 12,000 gallons of water via water trucks on barges from its headquarters in Belize City. This limited supply of water is expected to be rationed to customers in coordination with the Caye Caulker Village Council. Meanwhile, a team of technicians has been dispatched to Caye Caulker to install a customized shaft and get the water treatment plant operational, but at the end of the day, people are still without water.

In a press release, BWS explained that on December 24th, they replaced the driveshaft, after having performed for eight years. They noticed that the replacement shaft at that time was slightly out of alignment and was prone to failure. BWS noted that the company immediately placed an order for shafts, which are expected to be shipped from the United States of America to Belize later this week.

On Monday, December 30th, Caye Caulker experienced a power outage due to the failure of generation units which supplies La Isla Cariñosa with power. 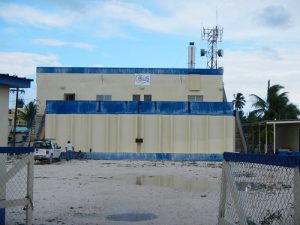 Belize Electricity Limited (BEL) in a press release stated that over the past days, they had to conduct load shedding during the evening peak hours to compensate for the loss in the generation capacity. According to the release, when the demand for electricity is higher, imminent power outages take place. A BEL team is currently repairing a generation unit, which is projected for completion tonight. They expect that after this unit is enforced, there will be no further power outages. However, during the repairing process, the company is asking customers who have back-up generators to use them to self-supply their homes or businesses.

The Caye Caulker Belize Tourism Industry Association (BTIA) stated via a press release that the island has been left without water and electricity on an ongoing basis, particularly during peak times in 2018 and 2019. Some of these times include Christmas, Easter, and the island’s annual Lobsterfest. According to the release, the patience of the Caye Caulker Community is at its end as Hicaqueños demand for long-term solutions. These issues are believed to be detrimental for the country, the tourism industry and the livelihood of Hicaqueños. The Caye Caulker BTIA stressed that this is not a new situation as they have participated with relevant planning agencies over the years to avoid and solve exactly these problems affecting the community and the industry.

Both BWS and BEL appeal to their customers for their patience while their teams work diligently to resolve the issues. They apologize for any inconvenience caused.