Caye Caulker Village continues to struggle with shortages of water and electricity, which worsened on Monday, December 30th, when island residents experienced a long period with no running water and hours without electricity. Both utility companies, Belize Water Services (BWS)

and Belize Electricity Limited (BEL) have tried to address the issue as it is affecting the tourism sector on Caye Caulker. By Tuesday, December 31st, a slight improvement had taken place, with a low pressure of water restored, and fluctuations in power supply.

Reports are that tourists are cancelling hotel reservations, while others are leaving Caye Caulker. This issue was emphasized during a press conference involving the Caye Caulker Belize Tourism Industry Association (BTIA) and the Caye Caulker Village Council. They pointed out that this is one of the most lucrative times of the year and with the failure of these two important services, the livelihood of many is in jeopardy. Caye Caulker Chairlady 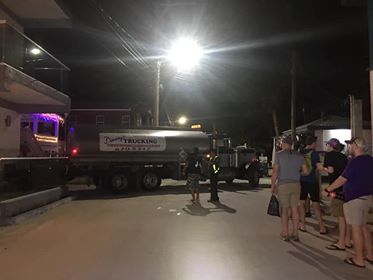 Seleny Villanueva-Pott called on the government to take the issue seriously. “We pay a numerous amount of taxes, and with tourism, we fuel the country just like San Pedro Town and Placencia,” said Seleny. “We expect that the infrastructure that we are given is able to upkeep our visitors.” She made a call to Central Government to act on the issue affecting La Isla Cariñosa.

Caye Caulker BTIA Chairperson Maria Vega indicated that this is a recurring problem, particularly during peak times on the island. “We have been experiencing this problem through many Christmases, Easters, and Lobsterfests,” she said. “This is a chronic problem and if the mandated agencies cannot maintain the supply, then they should tell government to give the opportunity to other institutions to try and do their best to keep the infrastructure to a certain standard.” The rapid development of the island has become too much for the current capabilities of these utility companies, who continue to do their best to address the issue.

The problem with the water supply started after Belize Water Services’ (BWS) Reverse Osmosis Water Treatment Plant shut down on Sunday, December 29th due to a broken main drive shaft. The island’s 150,000-gallon water storage was depleted by Monday, December 30th, and BWS dispatched 12,000 gallons of water via water trucks on barges from its headquarters in Belize City. A total of 4,500 gallons were distributed to hoteliers and 12,000 for the rest of 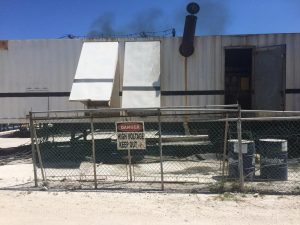 the community. Meanwhile, a team of technicians installed a customized shaft and restored the flow of water with limitations. Many residents are still reporting low pressure, and, in some areas, there is still no water at all. In a press release on Tuesday, December 31st, BWS stated that they will continue barging water to Caye Caulker to help supply customers.

While electricity has been restored, island residents continue to report several outages throughout the day. A BEL team is on the island repairing generation units to provide power to Caye Caulker. The company expects to fix all units by the end of Tuesday, December 31st, and provide an uninterrupted supply of electricity through the New Year’s festivities. BEL added that they are proceeding with plans to install a submarine cable to connect Caye Caulker with the national electricity grid by 2021.

Area Representative Honourable Manuel Heredia Jr. has stated that he is aware of the situation. He briefly told the media that he is closely monitoring the issue and is in close contact with both utility companies on their progress regarding the problem.

In the meantime, other institutions have joined the efforts to supply Caye Caulker residents with potable water. Bowen and Bowen Beverages stated via a press release that the company is donating drinking water to Caye Caulker. They are providing 3,720 five-gallon units and 7,680 1.5 liters of water. The Caye Caulker Village Council will oversee distributing the water.

We will continue following this developing story.