Utility issues in Caye Caulker Village seem to finally be stabilizing after over a week of electrical and water shortages. The issue peaked on New Year’s Day, when for several hours, the island was without electrical power after days without running water. Community members and the business community led a protest, claiming these shortages were affecting Caye Caulker’s tourism product. Executives of the Belize Electricity Limited (BEL) Belize Water Services Limited (BWSL) and Public Utilities Commission (PUC) responded via a meeting with Caye Cualker stakeholders on Friday, January 3rd, hoping to pave a way forward and avoid these issues in the future. The meeting was reportedly well-attended, with members of the Belize Tourism Board (BTB) and Ministry of Tourism also present. 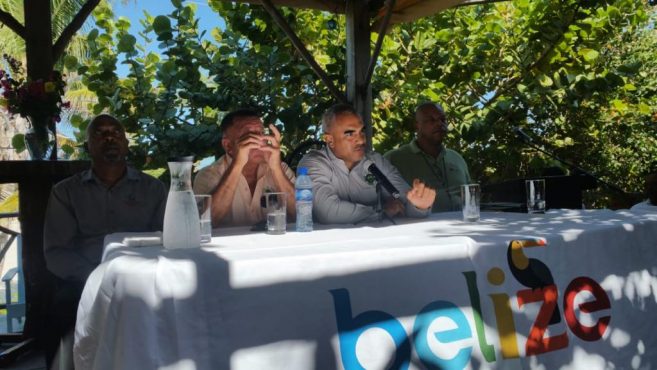 In response to the power supply issue, BEL explained that a team was dispatched to immediately repair the generation units that supply electricity to the island. In addition, BEL also installed a used generation unit that was sourced from Independence Village to provide additional generation capacity in Caye Caulker. 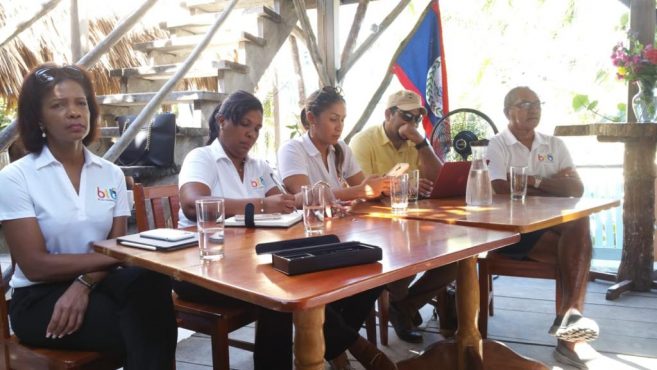 Furthermore an additional new until has been ordered to ensure black outs of this scale do not occur again during the peak tourism season. “We will order an additional unit, brand new… I want to admit that we had not planned to have it in place by two to three weeks’ time, but we had definitely planned to have it in place before Easter. But now, we have already expedited delivery and that should be here in two to three weeks’ time, and up and running,” explained John Mencias, Chief Executive Officer (CEO) of BEL. Mencias further encourages island residents to conserve as much energy as possible. “The power supply load is increasing higher than the last few days so let’s be conscientious and continue to work together to keep the lights on [in Caye Caulker]. Belize Electricity Limited urges customers in Caye Caulker to use energy sparingly [at night], particularly reducing or turning off air conditioners during the peak hours of 5PM and 10PM,” say BEL officials. 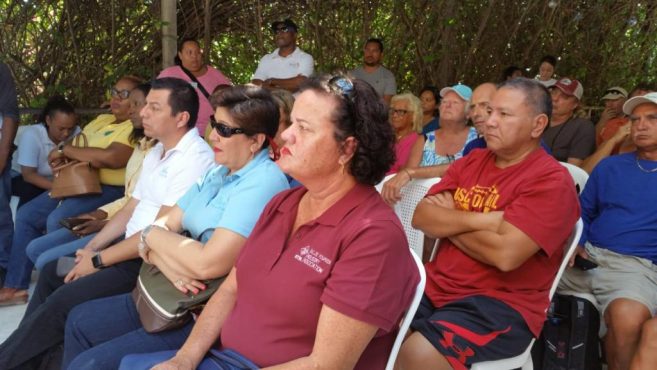 On BWS’s side, the installation of the new shaft to restore the island’s full water pressure for commercial and residential use took place on Tuesday, January 7th. “We’re pleased to say that we’re now at full pressure. But so far, the team, I think, has done exemplary work, as most of you are aware that things break down. Cars have mechanical problems, blown tires; boats, the engines conk out at sea, there are certain things you just can’t plan for even with regular maintenance,” said Alvan Haynes, CEO of BWS. “”Belize Water Services has been serving Caye Caulker for the last 10 years or so. The plant that we put in place was sized to meet the capacity and the estimated growth for the next 20 years. Obviously, the growth in Caye Caulker has been phenomenal, and we have observed over the last five years that the growth in connections and consumption in Caye Caulker has been the highest growth in all the service areas that BWS serves.”
Haynes also took time to address the sewage issue facing Caye Caulker. “The geography of Caye Caulker being an island some distance from the mainland where most of the team and a lot of the assets are, does create some challenges, and unlike BEL, we will not be able to run a submarine cable to let water reach the island. We’re dependent on making sure there’s adequate infrastructure and backup locally. Also, when we’re looking at the sewage treatment and collection, it became obvious early on that with the north expanding rapidly, the north would have to have a separate system simply because whilst we have run an underground line to the north for water, we dare not do that with raw sewage. There’s no way we’re going to pump raw sewage through an underground or underwater line. The risks are too high,” explained Haynes.
At the end of the meeting, Caye Caulker residents expressed their dissatisfaction over the economical setback island businesses suffered. “I want you guys to actually understand the impact of what this week has done to Caye Caulker as a brand, as well as to all of the shareholders in that brand. We did a small survey of businesses, and we had 20 of those businesses write back to us…the impact of just this week, monetarily, is the in the sixty thousand dollar range. That’s 20 businesses. Now when you consider there are 650 businesses on this island, you’re talking a million dollars,” commented Darren Casson, Vice President of the Caye Caulker Business Association.
Minister of Tourism and Area Representative, Honorable Manuel Heredia is equally disappointed. “I believe that it is my duty, first of all, to express my concern about what happened in Caye Caulker, and apologies really, for what happened. I believe that a lot more could have been done by the pertinent utility companies, you know. But nonetheless, I said we have been communicating with them as we have with our local authorities over here. I believe that indeed BEL, particularly, could have done better from the time we had the Lobster Fest they foresaw the needs and the problems with their generator and their utilities, but they moved a little too slow,” said Heredia.
The BTB through Herdia’s office have committed to re-strategize its marketing efforts to ensure that Caye Caulker continues to be recognized as a stable, premier tourism destination. They will also collaborate closely with the PUC and the utility companies to ensure that effective, long term solutions are implemented and sustained.

Another proud San Pedrano called to the Bar of Belize