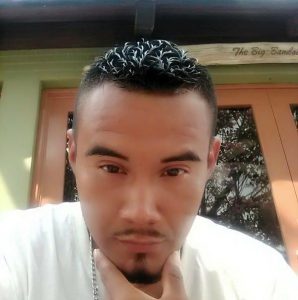 A tragic boat collision on Boxing Day, December 26, 2019 took the life of 30-year-old Oscar Cornel, a Councilor of the Trial Farm Village Council, about five miles southwest of Caye Caulker. The impact sent Cornel along with boat captain 36-year-old Mario Rosales overboard. Rosales reportedly was able to swim to a nearby island, while Cornel remained missing until his lifeless body was on Christmas Day near Hicks Cayes, south of Caye Caulker.

The accident occurred around 7:30PM, and the Belize Coast Guard (BCG) along with police and residents of Caye Caulker began a search and rescue. The official information revealed that Cornel and Rosales were traveling in a small boat (named Baby Giselle) from Ambergris Caye to the mainland, and at a particular area behind Caye Caulker, they were to meet with another boat named Sir Alex that was carrying a group of tourists. The purpose was to make an exchange at sea, however, the collision occurred, causing Cornel’s death. The tourists aboard Sir Alex did not receive any major injuries and their boat was able to make it to Caye Caulker, where they were treated at the island’s health center and then released. Meanwhile, Rosales reportedly swam for around two hours until the rescue team found him sitting on a dock at a nearby island. He was treated for signs of hypothermia at the Caye Caulker medical facility. The search for Cornel continued until his body was found the following day floating on the sea.

According to BCG’s Operations Officer Lieutenant Roque Canul, it is believed that Cornel was injured before the impact threw him overboard. A marine casualty investigation is still ongoing to determine the cause of the accident. “Visibility at night is very poor, you must have a good lookout while traveling and if the visibility is poor, then by all means you need to slow down,” he said. “We just cannot afford to be speeding and disregarding the lives of the people that we have onboard. Safe speed is very important.” He added that wearing life vests, navigational lights is very important for boaters when they are out at sea in the night.

Cornel’s sister Marillin Cornel, shared with the media that she feared the worst when word came of the accident. She knew her brother had just left on a boat with her husband (Rosales) and panicked when they could not be reached via phone calls. After calling the Caye Caulker health center several times, she was notified that Rosales had been found, but Cornel remained missing. The following day, she received the tragic news that her brother was found dead.

The Trial Farm Village Council feels the loss of their sports Councilor. According to Chairlady Patty Witzil, Cornel was very active in the council. “He was always willing to work without saying no,” she told the media. “Cornel was a happy person, he never complained. This is very sad news. We will not see him again…we will miss him a lot.”

At the time of his death, Cornel was on duty working as he was employed by Nautilus Express Water Taxi Company, which offers private transfers from the cayes to the mainland. He is survived by two sons, ages seven and three, and a host of family and friends.