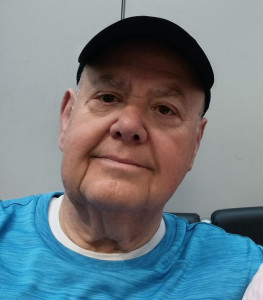 On Tuesday, January 24th, medical responders, and volunteers rushed an unconscious male tourist to an ambulance on Barrier Reef Drive. He had been snorkeling at the Hol Chan Marine Reserve when he reportedly fell ill and was transported to the island for medical attention. Unfortunately, the visitor passed away.
According to a police report, the deceased was identified by his wife as 74-year-old Leif Curtis Sorensen, an American retired medical sales representative from Folsom, California, USA. The preliminary investigation from police revealed that around 1:30PM Sorensen and his wife left on board a sailboat along with 16 other people for Hol Chan Marine Reserve for a snorkeling trip.
The report continues by indicating that at about 40 minutes into the snorkeling tour, Sorensen started complaining he was exhausted and was having issues breathing. It was noted that Sorensen then removed his diving mask and was assisted by one of the tour guides. The tour guide also helped remove his life vest, and Sorensen was returned to the sailboat. The boat then returned to San Pedro Town while Sorensen’s condition deteriorated. The report notes that a nurse on the tour started administering oxygen to Sorensen and applying chest compression.
Before arriving at the island, another boat met them on the way and transported Sorensen to the shore, where personnel from the Rickilee Response and Rescue team awaited. He was immediately placed in an ambulance and whisked to Ambergris Hope Clinic. According to the police report, the doctor on call further administered CPR and tried to resuscitate Sorensen without luck. He was pronounced dead at 4:27PM.
Sorensen’s body was then transported to the San Pedro Morgue. A post-mortem will occur on the mainland to determine the cause of death. Police added that no signs of physical injuries or violence were observed on the body.