Four beautiful Garifuna island girls were officially sashed as delegates of the 2015/2016 Miss Garifuna Pageant on Monday, November 16th at the San Pedro House of Culture. At the ceremony, each contestant was presented alongside their sponsors while attendees learned more about the rich Garifuna culture.

The event started at 9PM with an introduction of the contestants by Mrs. Julia Martinez who assured everyone that the pageant would be a memorable one. She congratulated the contestants and their courage in vying for the Miss Garifuna Title. According to her, after 18 years, a new Miss Garifuna will be crowned by the means of competition and not by appointment as it has been done all these past years.
After the opening remarks, each candidate was presented with their sash by outgoing Miss Garifuna 2014/2015 Tisane Martinez. Following the sashing, the delegates and attendees enjoyed a Jankunu dance performance, which put everyone in the dancing mood. Before the event was done, each sponsor was acknowledge and thanked for their continued support. Special thanks went to the San Pedro House of Culture for hosting the activity and as well to the delegates for participating and making the event a reality.

The pageant is set for Wednesday, November 19th, 2015 at the Honorable Louis Sylvester Sporting Complex at 7PM. 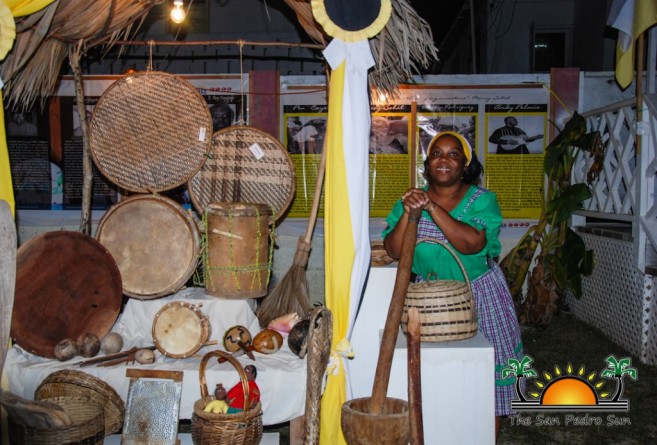 The organizers and cultural committee thank everyone who is assisting the pageant. The new Miss Garifuna 2015/2016 will be officially crowned on Thursday, November 19th, which will mark the 183rd anniversary of the Garifuna people’s arrival to Belize since 1832.

The “Bliss” to Undergo Renovations