Talented Belizeans continue to put our Jewel on the map beyond the country’s borders. Whether in sports or in cultural presentations, Belize is truly blessed with a wealth of talented people. Such is the case of the San Pedro Garifuna Charikanari Dance Group, who recently participated in a cultural show in nearby Mexico. Their performance was the most anticipated of the event, and they did not let us down!
It is was Charikanari’s second visit to the event called “Cultural Evening of Latin America-Music, Dance, Culture,” and hosted by the Universidad Juarez Autonoma de Tabasco in the city of Tenosique in Tabasco Mexico. The event took place on Thursday, March 17th and saw dance groups from Belize, Guatemala, El Salvador, Honduras and Mexico performing. 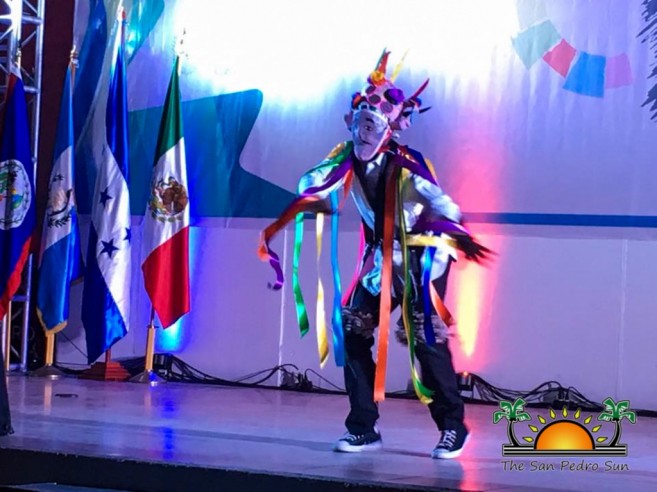 The Belizean dance group was accompanied by members of The San Pedro Town Council (SPTC) and The San Pedro Cultural Committee. The Belizean delegation’s participation in the event was made possible through the Honorary Consul Jorge Valencia and The SPTC, along with the support of a few businesses on the island. 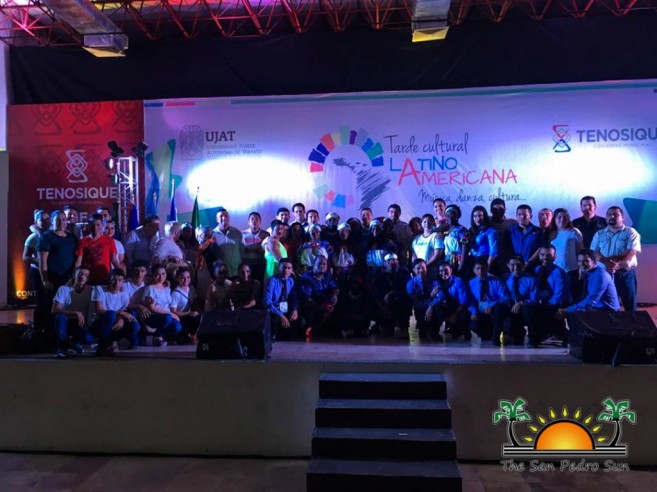 “Participation such as these ones put our Belizean heritage on the world stage,” commented the Honorary Consul General Jorge Valencia.
The Garifuna group brought on stage well-choreographed cultural dances including paranda, punta, jankunu, charikanari among others. The crowd was delighted by the performance, as the Belizean culture is one which they don’t get to see that often. While they do identify themselves with other cultures from Central America, the Belizean cultures are totally different, thus, the crowd was much drawn to the Charikanari presentation. 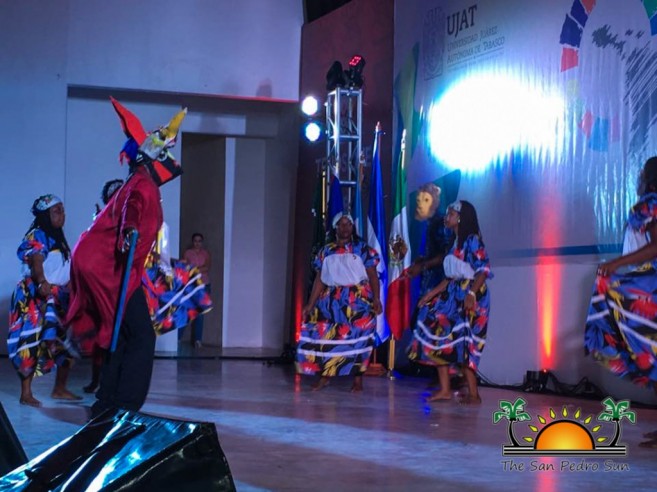 Following the presentations and as part of the cultural event, the Belizean group had the opportunity to tour the university’s facility that specializes in six areas, including agriculture and aquaculture. The Charikanari performance impacted Tabasco so much, that they have already been offered an invitation for next year’s event.
The group has received several invitations to participate in big events in Mexico, but finding financial assistance has always been a challenge. The Mayor of the city of Tenosique (where they participated) has kindly invited them to take part in the municipal celebrations of the said city on the occasion of their anniversary later this year. It is uncertain if the Charikanari Dance Group will attend as the sponsorship is very poor at the moment. 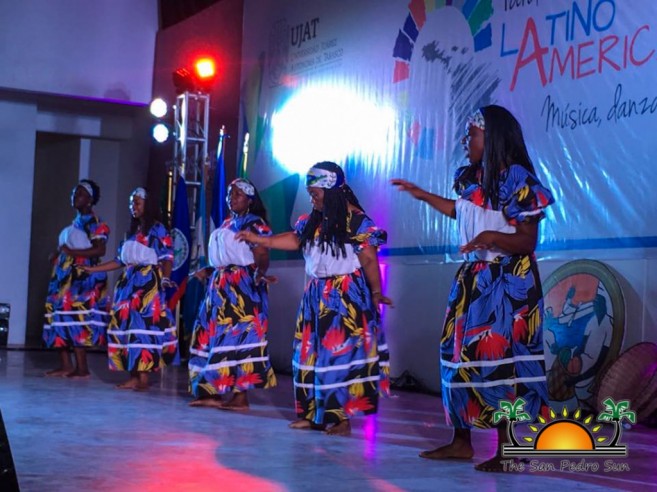 Julia Martinez, head of the dance group, expressed her content with the treatment they received while in Mexico. “Everyone loved our presentation, “she said. “We were well -received and our performance was a delight to the audience. We feel very proud to represent our country every time there is an opportunity, and we are honoured once again with that privilege.” The Charikanari Dance Group looks forward to exposing the Garifuna culture and the unique Belize culture. 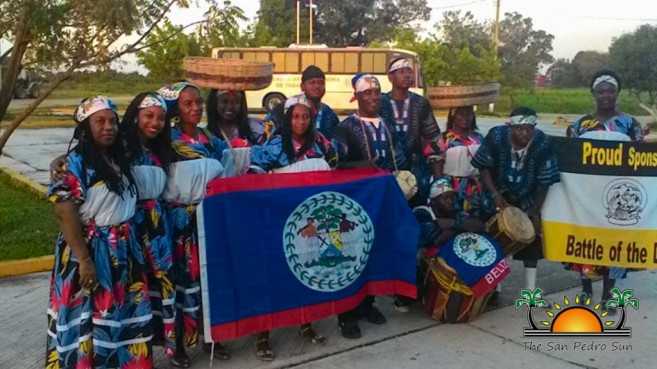 The Belizean delegation was headed by Councillor Hector “Tito” Alamilla, who is responsible for culture on the island. The San Pedro Town Council takes the opportunity to thank Teacher Julia Martinez and the Charikanari Dance Group, Grand Belizean Estate, Victoria House, Hon. Manuel Heredia Jr. and Fidel Ancona for their support in making the group’s participation possible.