The annual Belize Tourism Board (BTB) Media familiarization tour took media house representatives on a trip filled with adventure and excitement from Friday, October 11th to Monday, October 14th. Focusing on the southeast coast of Belize, the tour featured adrenaline-filled activities, cultural experiences, and even a spectacular caye getaway. Sixteen members of the media spent four days and three nights immersing themselves in the Belizean experience, learning more about its tourism attractions to better share with their audience. 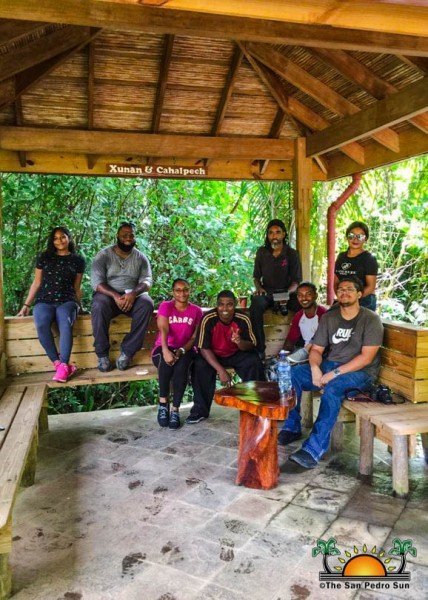 The weekend of adventure began on Friday, October 11th, at Ian Anderson’s Cave Branch Jungle Lodge located on the Hummingbird Highway, with an expedition to their Waterfall Cave. The tour began with a vigorous 30-minute hike (three kilometers) through the jungle followed by 45 minutes of trekking through an enormous cave. From there, it’s up, up, and away until reaching the top of the waterfalls is reached, and the true fun began, including a well-deserved plunge into the refreshing pools below. Media corps spent more than four hours viewing spectacular crystal formations found inside ancient Maya ceremonial centers hidden within the chambers as they explored the mist-shrouded kingdom. At the end of the day, some opted to jump off each waterfall into the pools below, while the less adventurous were lowered down by ropes. A few colleagues admitted that it was a tough physical activity, but still one of the best cave expedition adventures they had ever done in their life. In the evening, BTB’s Communication and Public Relations Officers Raphael Martinez and Mike Hernandez Jr drove the media corps to Miramar Apartments in Placencia Village, Stann Creek District where they stayed for the duration of the trip. 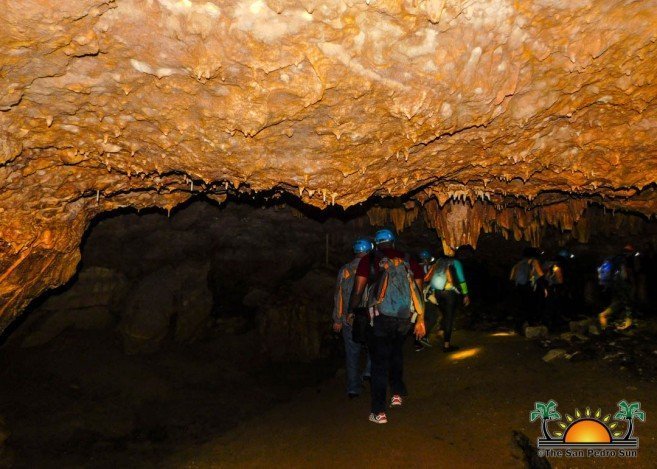 On the second day, everyone enjoyed a delicious breakfast at Wendy’s Creole Restaurant and Bar in Placencia Village before heading out to Seine Bight Village for a cultural performance. They were entertained by Seine Bight’s WAMALALI Garifuna Cultural Group, who performed some of the Garifuna’s most unique and famous dances such as Punta, Paranda, Wanaragua, Hugo Hugo among others. Some of the media members even got up and joined the fun. At midday, they had the opportunity to eat one of the most signature Garifuna dishes, Hudut, which consists of fish cooked in a coconut broth (called sere) and served with mashed plantains. 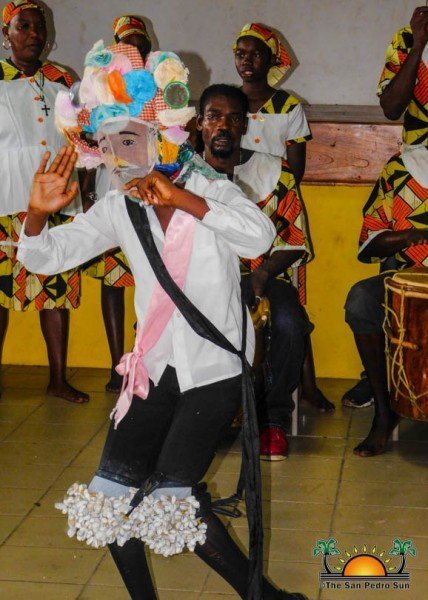 On Sunday, October 13th, the day began with another tasty breakfast at Wendy’s Creole Restaurant and Bar. After that, they headed out to Laughing Bird Caye National Park an island located off the coast of Placencia. At the Caye everyone was briefed on the history of the island, followed by a snorkel swim that revealed the amazing array of corals and fish found there. Laughing Bird Caye is the southernmost island in the central lagoon of the Belize Barrier Reef. This long narrow isle stands on an elongated ridge of reef known as a faro an angular atoll on a continental shelf, also known as a shelf atoll. Like an atoll, a faro is steep-sided and encloses a central lagoon. The Laughing Bird Faro is separated from the mainland, the barrier reef, and other cayes by deep channels on all sides. The uniqueness of this structure contributes to both the abundance and variety of coral habitats and marine life. The Caye got its name from the Laughing Gull that once bred on the Caye, but due to a growing human presence, the colonies have moved to nearby undisturbed cayes. Due to the uniqueness of the Caye, the Faro, and the abundant and diverse marine habitats and life, the Caye was declared a protected area in 1981 under the National Parks System Act. On December 21, 1991, Laughing Bird Caye National Park was declared. Finally, in 1996 the Belize Barrier Reef Reserve System was inscribed on the World Heritage List with Laughing Bird Caye National Park designated as one of the premiere protected areas within the World Heritage Site. Later that evening, Rumfish Y Vino served a wonderful meal to cap off the day’s events.
The final day of BTB Media familiarization tour began with a delicious breakfast at the famous Maya Beach Hotel Bistro Restaurant in Maya Beach. On their way back to Belize City, the group made a quick stop at the Che’IL Mayan Products in Maya Center Village. At Che’IL Mayan Products, the media corps were shown how to make chocolate out of cocoa beans and got to taste some of the chocolate bars produced there. 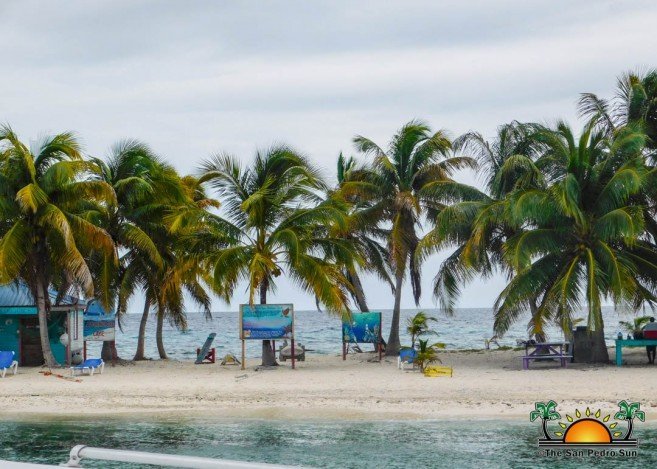 The final activity for the weekend consisted of a visit to Sabal’s Cassava Farm in Dangriga Town. It is a family-owned business that has been operating since 1987 and produces cassava bread, starch, juice, among other deliciousness. Everyone had the chance to see the entire process of how cassava bread is made and even tasted a variety of flavors. 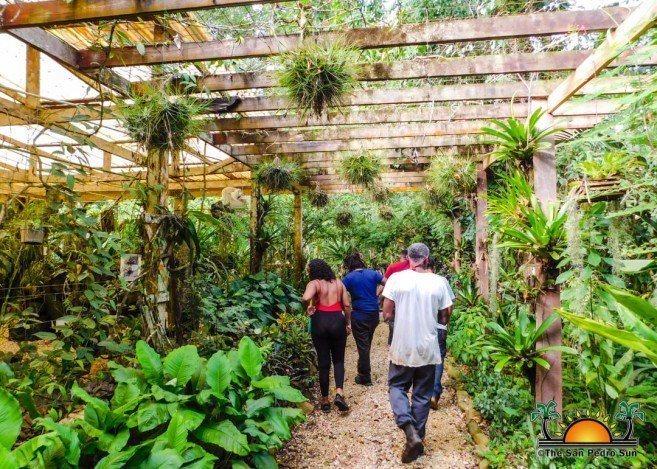 The media houses represented were My Beautiful Belize/The San Pedro Sun, Amandala, The Reporter, Guardian, Channel Seven, Plus TV, Love FM, Hamalali Radio Station, Breaking Belize News, and The Government Press Office. Special thanks to the BTB for organizing this annual event to showcase Belize to Belizeans. We will have more in-depth stories on the activities covered over the weekend in our travel publication My Beautiful Belize.