One of Belize’s largest agriculture sectors, the sugar industry, is in limbo as there is no clear sign when the crop season will be opened. Thousands of tonnage of sugarcane remains in the plantation and the economic ramifications due to the delay in the crop season is mounting. The impasse between Belize Sugar Industry (BSI)/American Sugar Refinery (ASR) and the members of the Belize Cane Farmers Association (BCFA) remain at a standstill as they have not been able to reach a compromise on key areas of negotiations.

The main areas of contention between the two parties are over the ownership of the sugar cane, the terms of payment and the formula that will be used to pay for the bagasse (by product) used by BSI to create energy. In the past, farmers have been paid for sugarcane only, based on the world price of sugar, but now that the bagasse is being used locally, they also want a piece of the economic benefit from such by product.
As of press time, there is no agreement reached between the two parties and the BCFA says that they will not start the season until there is at least an interim agreement. BSI has refused to sign an interim agreement and in fact BSI/ASR had presented in a revised agreement, approaching individual cane farmers and excluding the BCFA, but that has backfired.

And while the two parties have reached a dead end, over 1.475 million tons of sugar cane is in the fields, and cane farmers are becoming desperate. Thousands of cane farmers have loan obligations to meet on investments made to their fields. They also run the risk of not being able to reap all their cane if the crop gets too late of a start. It’s a race against time because the crop was scheduled to start on December 8th, and now that deadline has passed.
The Sugar Industry Control Board, the government agency that regulates the sugar industry, has been unable to bring the two parties to terms. In fact, Prime Minister of Belize Honorable Dean Barrow had to cancel his attendance at the 5th CARICOM-Cuba summit to meet with the leaders of BCFA on Monday December 8th. 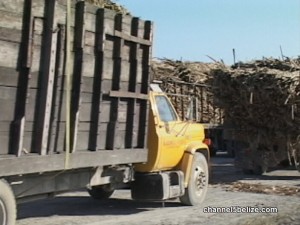 According to Ezequiel Cansino, Chairman of the Committee of Management of BSCFA, they presented a proposal to PM Barrow, the same they had presented to BSI/ASR. According to Cansino, the cane farmers have shown a great deal of patience, tolerance and have been very accommodating. “The main issue was on the bagasse – that they didn’t agree on the proposal. So we presented to the Prime Minister the same proposal… We believe that it is more flexible. Indeed we are going too far being flexible, but we are trying our best to get to an agreement and we hope that this time we get through with this impasse, and if not we will seek other options.. Obviously the PM is well aware of that. I don’t know if he was just kidding, but he said that in case [we are ready to protest] he would be ready to join us on that protest if that is the solution for us to get an agreement.”
While the PM agreed that the farmers have been flexible, he is hoping that the issue will not reach a point where farmers will have to protest. “All I will do is to repeat again that I think the farmers are showing a great deal of flexibility and I believe that we are in the position where we can get this thing done… We have this last chance. I think it is a last chance and I believe the farmers will wait to see what comes out of my discussion with ASR… I believe that there is the possibility there is room in which to maneuver,” said PM Barrow.
It is an issue that has forced the PM to intervene since most of the cane farmers are voters who will be going to the polls in the next three months, the height of the cane season. Any discontent can cause the Barrow administration an election. It is also an issue that has seen the People’s United Party taking a position in such an important agriculture sector.

According to Leader of the Opposition Francis Fonseca, BSI/ASR must take a different approach. “BSI/ASR has to understand that they can’t bring a big stick to the negotiating table and that seems to be their approach up to date. They will have to work with the farmers and arrive at some compromise as it relates to finding a solution to this problem. We certainly are committed to the industry. We are committed to the cane farmers of Belize. So, we are hopeful that government’s involvement will lead to something positive,” said Fonseca.
PM Barrow is expected to meet with the leaders of BSI/ASR on Thursday December 11th, at which point, it will be clear what next step the cañeros will take. If BSI/ASR accepts the terms of the interim agreement, then there is a high possibility that the crop will start before Christmas. If not, all indications are that it will trigger mass protests by the cane farmers in northern Belize. The San Pedro Sun will keep monitoring the progress of the negotiation.

Workshop Held for Local Farmers re: Climate Change Impacts and Challenges on Agriculture