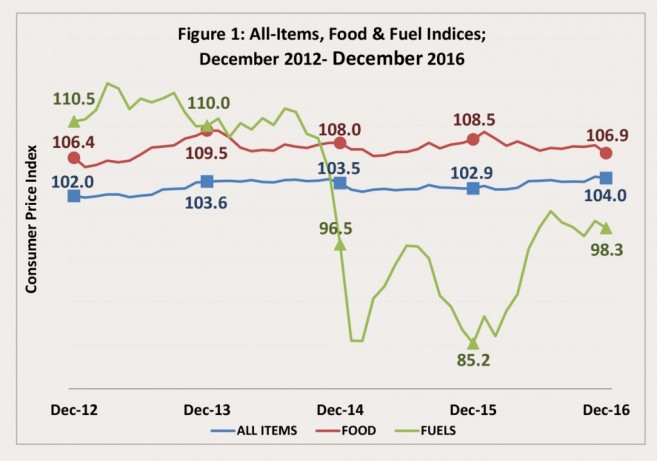 Belize’s total imports for the month of December 2016 were valued at $173.9 million. This is a decrease of 3.2% ($5.8 million) compared to $179.7 million in December 2015. For November and December 2016, imports of ‘Machinery and Transport Equipment’ remained the category with the steepest decline, recording a drop of over $7 million in December 2016. This was due mostly to reduced purchases of tractors, telecommunication parts, and four cylinder vehicles, while lower imports of gaming machines and air conditioner (AC) generators contributed to a $2.7 million decrease in goods designed for the ‘Export Processing Zones’. Decreased purchases of turkey meat, along with instant and roasted coffee led to a $1.6 million fall in the ‘Food and Live Animals’ category during the December 2016. On the other hand, imports into the ‘Commercial Free Zones’ increased by over $4 million. In addition, $2.6 million more was spent on ‘Mineral Fuels and Lubricants’ in December 2016 than in December 2015. 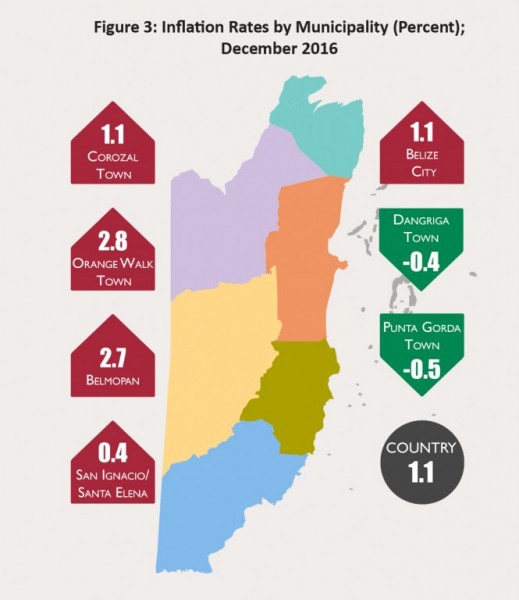 For the entire year of 2016, merchandise imports totaled almost $2 billion, a decrease of 4.3 percent or $89.1 million from the total imports recorded for 2015. The most significant drop in imports during 2016 was observed within the ‘Export Processing Zones’ category, which fell from $115.8 million to $45.3 million. In 2016, Belize spent over $20 million less on diesel fuel, leading to a $37.7 million decline in the ‘Mineral Fuels and Lubricants’ category. The importation of ‘Chemical Products’ decreased by $13.7 million due to reduced purchases of PVC pipes, fertilizers, and medical supplies. The ‘Commercial Free Zones’ category experienced an $11.6 million decline as a result of lower imports of handbags, clothes and cigarettes. On the other hand, imports of ‘Machinery and Transport Equipment’ rose by $29.2 million due to increased imports of telecommunication parts, while ‘Other Manufactures’ increased to $20 million as a result of heightened purchases of prefabricated buildings and laboratory plastics. 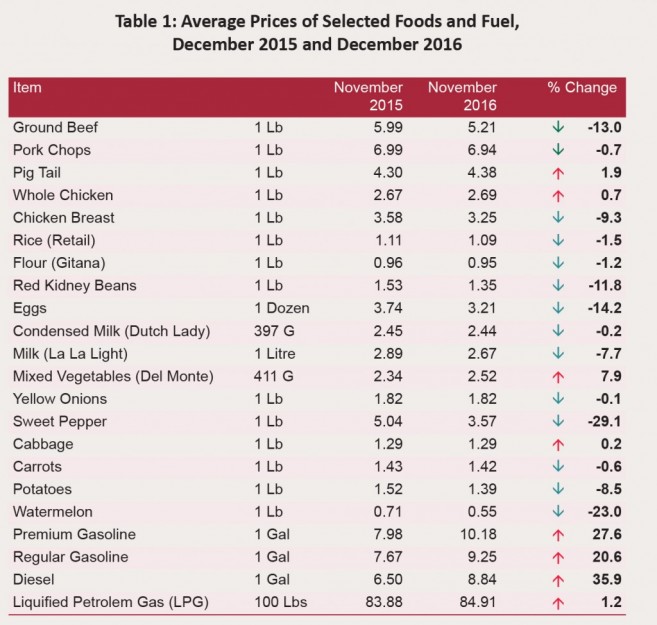 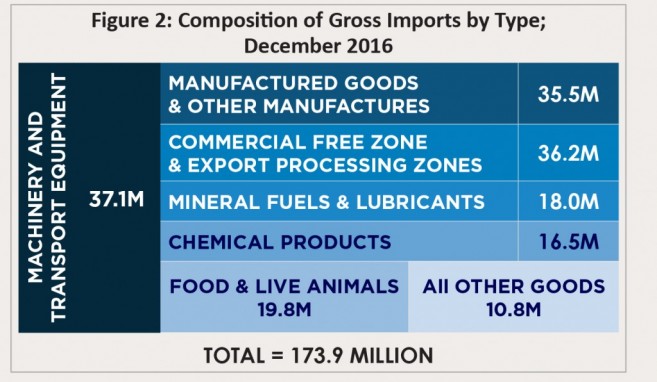 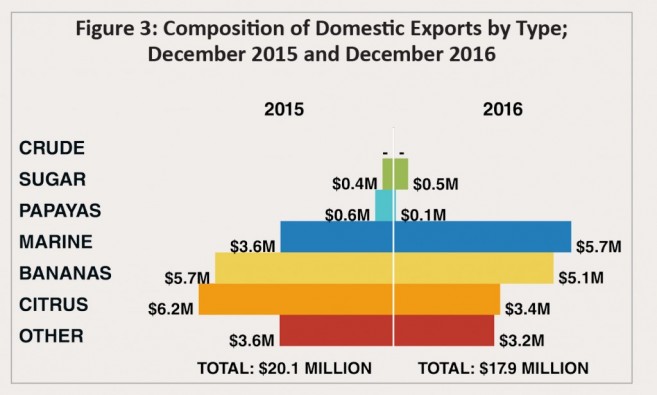 The SIB is scheduled to release its statistics for January 2017 on February 22nd.