The sugar industry in northern Belize has closed a record-breaking and successful sugar cane milling season this year. The results were beyond the industry’s projection, with more than 140 thousand tons of sugar milled despite the low volumes of sugar cane available during the season. As a result, American Sugar Refinery (ASR)/ Belize Sugar Industries (BSI) is planning an investment of $22 million US dollars for the enhancement of the sugar factory in Orange Walk. However, before anything is done, there are a couple of hurdles ahead for the industry, the first being the loss of quota in the European market for cane sugars. Then there is the issue of Belizean cane farmers requesting wider re-negotiation of the industry’s commercial agreement. 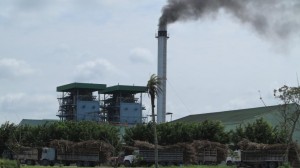 The commercial agreement signed in 2015, contains a clause related to a strategic development plan, which allows the associations or BSI to cancel the agreement beginning January 19, 2018. The agreement also states that if there is no contract for the purchasing and sale of sugar cane, by law, BSI will not accept cane from any farmer without a signed contract. But to avoid such thing, the company has proposed to producers to amend only the commercial agreement without affecting the shared revenue of 65% for cane farmers and 35% for BSI. This also includes no alteration in the method of payment for bagasse (by product).
The proposed amendments from the company include guaranteeing a constant delivery of sugar cane by the farmers and maintain the current payment formula for bagasse for the next four years. Such payment agreement consists of 50 cents per every ton of sugar cane, and based on the relative quality factors of every crop. The last proposal suggests that the current agreement continue until 2022.
The BSI management is urging the Belize Sugar Cane Farmers Association (BSCFA) to deter from re-negotiating the commercial agreement at this point. According to the company, this will cause delays in their investment at a very crucial time. The commercial agreement entails negotiations to discuss the issue of quantum payment for bagasse used by BSI to create energy. Given the successful season this year, farmers believe they can get a bit more out of it, and in addition, cane farmers believe they are not being fairly treated with the current agreement.
The BSCFA stated in a press release that they had identified some areas of the agreement that require discussion and improvement. This includes clarification on the calculation of the Net Stripped Value of Sugar and Molasses on which cane farmers are paid for their cane. The association also pointed out that in 2016, cane farmers were made to bear part of the cost of molasses that was lost due to the Mallard Reaction. According to them, in recourse to the law, it had to be taken in order for farmers to be returned their loss. Changes need to be made to the agreement in order to enable resolution of such incidents and prevent recourse to the law for resolutions. The BSCFA added that they are not seeking a complete revision of the agreement, but that a partial is needed in order for business to continue as usual. 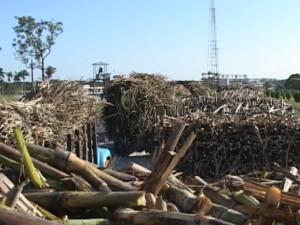 In response to BSI not accepting cane from farmers without a contract, BSCFA views with dismay this BSI’s threat. According to them, there is no provision under the Sugar Act that gives BSI this legal right to not accept cane from farmers, who do not have a cane purchasing agreement. The Act states that no manufacturer shall purchase or take delivery of any sugar cane, except from the cane farmers appearing in the Cane Farmers Registry. They claim that BSFCA members appear in the registry, and through the agreement between the association and BSI, they are entitled to deliver cane. The association made it clear that they have no intentions to terminate the agreement or to interrupt the delivery and supply of cane. The only intentions the association seek is to revisit some clauses in the current commercial agreement in the same manner BSI has proposed the new amendments to the said document.
Speaking in support of the BSCFA was Orange Walk South Area Representative Honorable Jose Mai, who emphasized fairness in the negotiation, if there is any. “Any negotiation between the stakeholders must end in fair benefit to all parties involved,” he said. “It cannot be a one-sided negotiation that will not take industry forward.”
A decrease in sugar prices in Europe is being expected next year, due to the introduction of beet sugar in that continent. As such, BSI is asking farmers to proceed with the remainder of the current agreement. Vice President of ASR, Celestino Ruiz visited the factory installations in Orange Walk, after which he declined the idea of a re-negotiation. “If we are talking about re-opening the commercial agreement, the answer at this point is no,” Ruiz said.
He explained that time is against them and may jeopardize the investment the company wants to make. “The investment is at risk because we are moving too slow. The agreement is already mature and as an industry, we suffered quite a bit three years ago when we went through a re-negotiation,” said Ruiz. He added that such disruption set the industry back and they do not intend to allow that to happen again.
Ruiz stated that the $22 million investment will put Belize in a path of great prosperity. The idea is to introduce a valuable added product and direct consumption food-grade sugar for the European and Caribbean markets. “The project is to convert raw sugar into direct consumption food-grade sugar, which will allow higher revenue,” Ruiz explained. “The project will first start with roughly 20 thousand tons and revenue sharing will be split in the normal manner as it has been done so far.” Ruiz stated that the company and farmers at this point, should work together on this small footprint, while at the same time become more productive.
“If you have 100 hectares today, let’s plant 50, and let that produce what 100 hectares would produce. In this case the farmers and the mill will be more productive and hopefully more there will be more returns for all of us,” he ended.
Prime Minister Dean Barrow also weighed in, supporting ASR’s investment in the industry and the sugar mill at the factory up north. He told reporters that he hopes to not have to intervene as he did three years ago, when farmers and BSI could not reach an agreement regarding the bagasse issue. “It is important that this matter be sorted out as quickly as possible. This investment from ASR is for the improvement, and enhancing the efficiency, of the factory. But if the matter is not resolved we will be back to another stalemate, which is not in anyone’s interest,” said Barrow. He reiterated that he hopes BSCFA and ASR/BSI reach to an agreement without his intervention before the next crop starts.
To avoid jeopardizing the new season in December, the ASR/BSI management hopes to persuade members of BSCFA to continue to adhere to their amendments, and continue with the current contract in order to execute the investment in the company, which will benefit both farmers and BSI. There are rumors that if the matter is not sorted, the cane farmers in northern Belize plan to protest.
The San Pedro Sun will continue monitoring and reporting the progress of this situation.