The 2018-2019 sugar crop season came to a close on Monday, July 15th with yet another record-breaking sugar cane milling season. Sugar industry stakeholders in the northern part of the country claim that the results were beyond expectations, producing over 140 thousand tons of sugar. However, despite successful in production, the industry continues to struggle in securing markets, following the European Union (EU) reforms which no longer give Belize preferential rates on sugar. 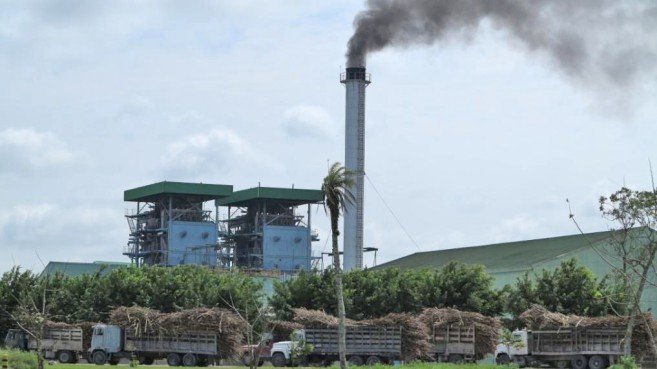 The EU reform on world sugar prices came into effect in 2017 following the introduction of beet sugar in Europe. As a result, Belize now competes with other countries and strives to identify new markets to sell Belizean sugar at a sustainable rate. One of those markets is within the Caribbean Community (CARICOM). William Neal, Communications and Government Affairs of the Belize Sugar Industries Limited (BSIL) in northern Belize stated that it would be significant for the country to obtain such market. He pointed out that Belize is the only sugar producer within CARICOM producing white plantation sugar. “That gives us a competitive edge already,” said Neal.
Currently, the Belize Sugar Industry (BSI) is producing up to 150 thousand tons of sugar, but just a fraction is consumed within the country. Some of the sugar produced at the moment is sold to the EU, some to the United States of America and Canada. The rest of the product is still in need of a market. If CARICOM starts buying the major direct-consumption sugar from Belize, BSI is prepared to meet their needs as a supplier. Neal added that they have been working with the Ministry of Trade, Agriculture, and the Government of Belize to secure CARICOM. “There is a lot that needs to be done, but we are putting in all the good building blocks for sugar to do well,” said Neal.
BSI’s Cane Farmers Relations Manager, Olivia Avilez stated that the successful crop season was due to the exceptional sugar cane deliveries throughout the harvesting period. “We are very surprised at the cane supply, and I think even the farmers are,” said Avilez. “We extracted more sugar out of the cane, and we want to congratulate the farmers for delivering a good quality of cane sugar as well,” Avilez stated that since the EU reform, the prices on Belizean sugar are not as good as they used to be in the past under the preferential market, but that the company is looking at ways to stay competitive.
BSI is looking to make big changes in the type of sugar they produce. The transition that the company is looking at engaging is to move from producing fully raw milled sugar to a direct food consumption product. Currently, they are producing the white plantation sugar and local brown sugar that is food grade. Other types produced and exported include the EU Demerara Sugar and a confectionary that has specific sizes and crystal coloring, which is exported to Canada.