« Older: Statement of the Ministry of Foreign Affairs on the Entry into Belize of Guatemalan Kaibil on November 17th, 2017
Newer: » European Union’s sugar prices drop


The Caribbean Court of Justice (CCJ) has ordered the Government of Belize (GOB) to pay a sum of $88 million plus interest and costs to the Belize Bank. The verdict was made on Wednesday, November 22nd, when the CCJ overturned a ruling by Belize’s Court of Appeal, regarding the controversial Universal Health Services (UHS) loan agreement signed by the previous administration with the said bank. The decision of the arbitration calls for payments to be made immediately or in less than 30 days if a deadline needs to be enforced. 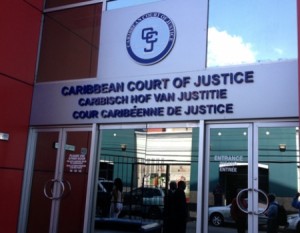 GOB has expressed extreme disappointment over the judgment made by the CCJ. In a press release, GOB stated that it is at a loss to understand this latest decision by the Court. The note continues by saying that to make matters worse, ‘Belize Bank earlier sold the UHS assets to Belize Healthcare Partners Limited for approximately $39 million, and yet still claimed the award money from the Belizean people in the same amount.’ GOB is still in dismay at the court’s decision, pointing out that the issue stemmed from the previous administration, the People’s United Party (PUP). They believe monies to be paid are from an unconstitutional loan that would offend the legal and constitutional order of Belize.
According to GOB, the lawsuit arose from a scandalous act by the previous PUP administration led by former Prime Minister Said Musa between 2004 and 2008. GOB claims that in 2004, the Musa Administration signed a loan between Belize Bank, owned by British billionaire Lord Michael Ashcroft. The privately owned UHS was placed as the primary guarantor for an amount of $29 million. It was later revealed that Musa’s government had diverted $20 million granted by the Governments of Taiwan and Venezuela for the Belizean people, to cover such loan. This led to protests in different parts of the country.
Three years later, the UHS continued to be pledged as a guarantor. In March of 2007, Musa signed a $33.5 million loan note with the Belize Bank without the National Assembly’s approval, which is required under the Finance and Audit Act. According to sources, in addition to this amount, Musa went on to sign, seal and deliver a further loan agreement for $12 million at the end of that same month, also, without the legally required National Assembly approval. This last addition virtually placed all the shares of the UHS group of companies and their freehold and leasehold properties as security.

The Belize Bank took as security for the $12 million 98.28% of the UHS, 95% of Integral Health Care Limited, 99.7% of the Pathology Lab, and 100% of Universal Specialist Hospital Co. Limited, with the loan agreement being for 15 years at a rate of 13% interest per year.
Musa’s administration was to attract investors by selling them shares of the UHS group. However, due to the fact that UHS was under the Belize Bank, GOB had little success in this venture. The loan was not paid and since then the bank began looking at ways to pressure the Government into settling the debt.
The PUP responded to the accusations via a press release on Wednesday, stating: ‘In judgments order to pay by the CCJ alone, the Prime Minister and his government have brought liability upon the people of Belize in the sum of over $650 million dollars. About half of these is comprised of interest, which could have been entirely avoided. But is not like that because of the Prime Minister’s reckless, wasteful and incompetent decision-making.’
The Belize Bank also released an official statement indicating that the outstanding debt arose from funds originally advanced by the Bank as part of the Belize Government’s policy for healthcare reform. The Bank management claimed that there may have been some misinterpretation by the current administration in terms of the loans. However, despite the arguments from GOB that the loans made in 2007 were not valid and unconstitutional, the Bank holds that the debt has been confirmed by an international arbitral tribunal. Belize Bank now looks forward to finally settling this loan after years of unnecessary litigation to recover the funds.
Following the ruling of the CCJ, GOB is now seeking further legal advice as to what its next step.