The Caribbean Court of Justice (CCJ) ruled in favor of Belize in its application to reduce the interest rate on a $36 million arbitration awarded to the Belize Bank contained in a certificate issued by the court. The ruling took place on Wednesday, March 21st at the CCJ headquarters in Port of Spain, Trinidad and Tobago. The certificate was made following an arbitral award against the Government of Belize (GOB) in which a 17% interest rate per month was initially awarded in 2013. The arbitration award was made by a tribunal of the London Court of International Arbitration against GOB on behalf of the mentioned bank. 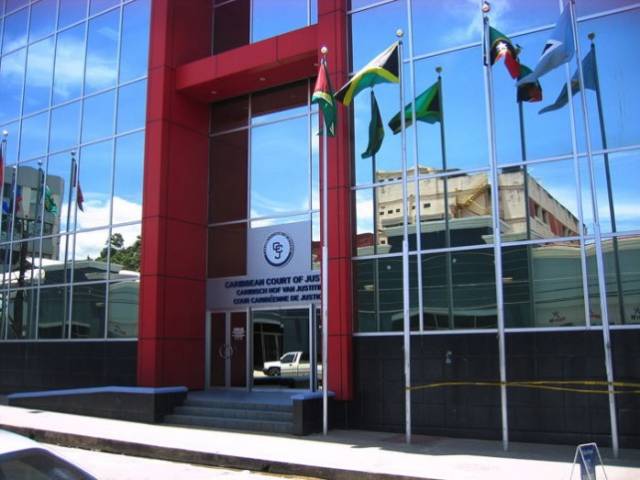 The CCJ had given Belize Bank the green light to enforce the arbitration award against Belize. Following that, the bank requested a certificate under the Crown Proceedings Act from the CCJ’s Registrar to detail the amount owed by Belize. The bank received such certificate in January of this year. The certificate detailed the debt standing at $91.6 million BZ dollars as of December 15, 2017, with interest continuing to accrue at 17% compounded monthly interest until the date of payment. However, Belize’s Attorney General, Michael Peyreffitte applied to have that rate reduced from the date of the certificate. The application on behalf of Belize was heard on Wednesday, March 14th.
The team of lawyers fighting for Belize included Dr. Ben Juratowitch QC, and Solicitor General Nigel Hawke, who argued that the applicable interest was the 6% permitted under Belize law on all judgments in Belize. But the bank’s attorneys, Eamon Courtenay SC and Angeline Welsh, countered by suggesting that the CCJ’s November 2017 order was final.
The CCJ granted Belize’s application, noting that, since the certificate was in effect the judgment on the award, a possible repetition of the award’s terms in the certificate was inadvertent. The CCJ went on to say that the contractual debt for principal and interest merged in the judgment debt upon which interest of 6% became payable under section 167 of the Supreme Court of Judicature Act. The court declared, “it would naturally be unfair to the Government of Belize that post-judgment interest should be imposed at almost triple the statutory rate in a circumstance where this was not sought by the bank and the Attorney General had no meaningful opportunity in court to make any submissions in this regard. The post-judgment interest figure in the Certificates an unfortunate replication of the terms of the Award.”
The matter stems from 2004 when Belize under a People’s United Party administration made a guarantee for a loan from the Belize Bank to a private company, the Universal Health Services (UHS). The Government’s support for the UHS project was with the intention to reform the country’s health care system and sought to promote the expansion of healthcare facilities, the costs of which was to be paid by a national health insurance program.
In the absence of a Parliamentary approval before the loan arrangements, three years later in 2007, both parties entered into an arrangement to settle the loan owed under guarantee. Belize later defaulted on payment, which forces the bank to initiate arbitration proceedings and eventually led to the arbitration award in 2013.

Editorial: Who is responsible for the stories published in The San Pedro Sun?