The 2020-2021 Lobster Fishing Season began on Monday, June 15th, in Belize. On Ambergris Caye, fishermen headed out to the sea early in the morning for their first catch. By midday, most of them were back with boatloads of fresh lobsters, which are on sale at the local market for as low as $15BZ per pound.

In previous seasons, a pound of lobster can cost as much as $30BZ per pound, but because of the current pandemic, prices were reduced. Also, noticeable this year is the absence of the annual Lobster Festival. The annual island celebration attracts thousands of tourists during this time of the year, and usually begins one week before the main festivities, with the popular Lobster Passport Crawl. But as the country continues under the State of Emergency, and with the borders and international airport closed, organizers hope to bring back the lobster party in 2021.

Fishing Cooperatives to pay $12 per pound

While some fishermen are selling their lobsters between $15 and $16 a pound, others are not supporting such prices and are not happy with the fishing cooperatives, who are allegedly offering a lower purchase price. Fishermen from Sarteneja, Belize City and Caye Caulker met on Sunday, June 14th on La Isla Cariñosa to discuss the matter. Edwardo Arceo led the discussion, indicating that such a reduction in the lobster price is unsustainable and will only affect the fishermen. Allegations are that the cooperatives, who buy sea products, will only be paying $12BZ per pound this season. According to some fishermen in the meeting, they need the prices to be at least $25 per pound to make some honest profit. 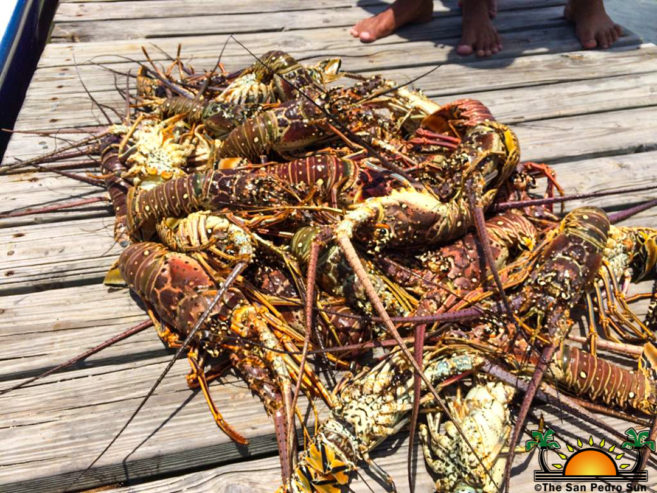 Others shared that for them to make some profit, they will have to have pull out hundreds of pounds of lobster daily, which is not guaranteed. They collectively refused the new set price for the lobster and are demanding the government to get involved and make the proper price amendments to safeguard the fishermen’s livelihood. One fisherman said that if nothing is done, they will look for the best price; thus, the cooperatives might be excluded, leading to their closures.

The same sentiment is shared on Ambergris Caye, where some fishermen are trying to sell their product over the $12 set by the Fishing Cooperatives. The price asked now on the local market is $15 or $16, with no certainty if it will increase or decrease through the season. While this price might sit well with consumers, fishermen say this will be one of the worst lobster fishing seasons as they will have to double their efforts in order to recover investments, pay bills and make a slight profit. 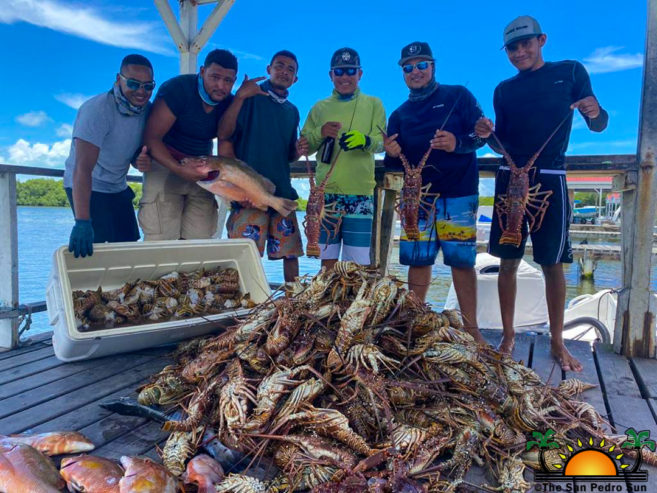 The Belize Fisheries Department takes the time to urge all fishermen, restaurateurs, and the public to abide by the fishing regulations for the season. Only lobster meeting the following requirement can be fished for sale and consumption: minimum carapace length of three inches and minimum tail weight of four ounces. No person or establishment should have in possession filleted or diced lobster tail, as well, no one should fish, buy, or sell any softshell (moulting) lobster or female with eggs (berried). Furthermore, it is illegal to remove from any female lobster any eggs or spawn or the setae or fibre to which any eggs or spawn are or have been attached. Throughout the season, Fisheries Officers and Marine Rangers from the Hol Chan Marine Reserve will be monitoring fishing vessels and fishermen in accordance with the law. All violators will be criminally prosecuted. The public is asked to help promote sustainable fishing by reporting illegal activities at 224-4552 or [email protected]