« Older: Letter to the Editor: The Dons of the Done Deal
Newer: » Stabbing in Caye Caulker leaves one injured


Dear Editor:
I viewed with interest the hosting of a press tour by Norwegian Cruise Line and the explanation by NCL executive Colin Murphy of why the establishment of a cruise port at Harvest Caye would be such a wonderful blessing for Belize. What particularly prompts me to write is his astonishingly candid – and frightening – statement that “Really, what we are doing is locking ourselves into Belize”. Remember that word, “locked”. Although no longer a member of the Belizean media I could not help but think of a few questions for Mr. Murphy had I been present. Specifically could he explain:
–why Belizean taxpayers should pay NCL over a hundred million Belize dollars in direct cash subsidy over the course of its exclusive concession, thus allowing NCL to recoup its entire capital investment at Harvest Caye? 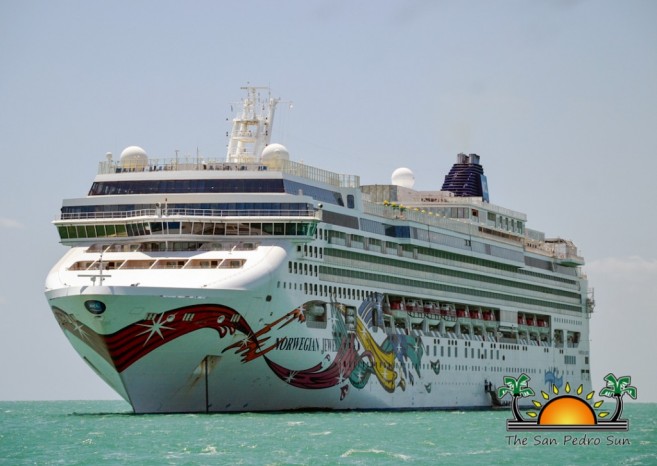 –why Belizeans should be thrilled with the creation of 200 low paying part-time seasonal jobs?
–why NCL needs to reserve 25% of the jobs on Harvest Caye (no doubt the best paying jobs) for foreigners?
–why NCL needs to divert thousands of passengers from Belize City where a new and modern port will be built on Stake Bank?
–why, if NCL so badly wants Belize to benefit from the project, they insist upon opening a duty free emporium on Harvest Caye that sells only foreign luxury goods; plan to build a zipline on the caye when there are already two ziplines in southern Belize in need of more visitors; will operate their own tenders between the caye and the mainland instead of contracting with local tender operators; deal only with tour operators that “meet their standards” to the total exclusion of the independent tour operators who form such a large part of the Belize City based cruise industry; and loudly proclaim that if Belizeans do not take advantage of the business opportunities on the caye NCL will bring in “Filipinos and Europeans” to do the job?
The fact is that the NCL cruise port at Harvest Caye is a project that may seem like a big deal but in fact produces a net economic impact to the country about equal to the opening of a single medium size hotel—and that’s not counting the hundred million in cash the taxpayers will send to NCL’s Miami headquarters in exchange for the privilege of being exploited.
Mr. Murphy may talk big but the fact is that he and his bosses are scared. They need this project far more than Belize needs them. When confronted by residents of the South at the EIA public consultation in January they were exposed as the con artists they really are. Not even their well paid lackeys could or would come to their defense. But we really cannot blame Mr. Murphy–or even his local cronies—because that is what they get paid to do. Who we can blame—and the ones who really need to answer these questions—are those politicians, on both sides of the aisle, who allow the Colin Murphy’s of this world to buy them off so cheaply.
We look forward to seeing the proposed final agreement with NCL that the Prime Minister promised would be brought to the National Assembly for approval. We are confident that when the Belizean public has a chance to see exactly what Mr. Murphy has in store for them they will put a stop to a disastrous project that should have been rejected out of hand over a year ago.
Respectfully submitted,
Stewart Krohn
Chairman, Placencia Chapter, Belize Tourism Industry Association

More on Community and Society
Show your support for the Torch Run on Sunday!