Students from across Ambergris Caye gathered at the Angel Nuñez Auditorium on Friday, September 12th foe the Annual Youth Rally. Hosted by the Ministry of Education, Youth and Sports, the rally is held as part of the September Celebrations and thus was celebrated under the theme “Industrious Hands, Intelligent Minds, Together for Belize”. The students enjoyed musical and dance performances as well as an inspirational speech from the newly crowned Miss San Pedro 2014-2015, Michelle Nuñez. 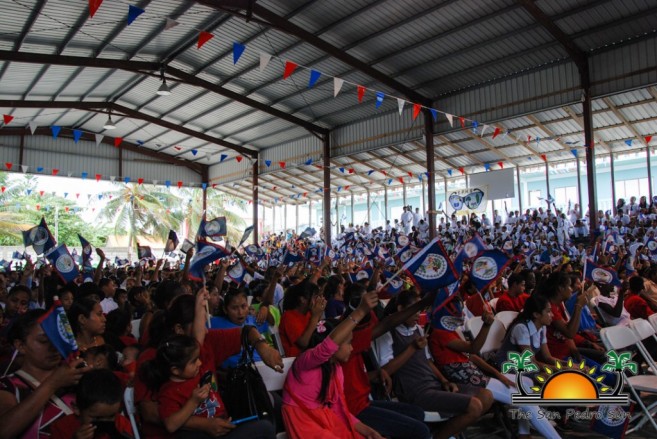 The rally commenced with the official protocol. The San Pedro High School (SPHS) Band performed an amazing rendition of the National Anthem, complete with wind instruments.

The upper division students from San Pedro Roman Catholic Primary School (SPRC) the led the crowd in the prayer of the Belize National Prayer. The program continued with SPHS student Trisha Strokes singing “My Home Land by the Sea”. Her singing was accompanied Terryil Godoy on keyboards. 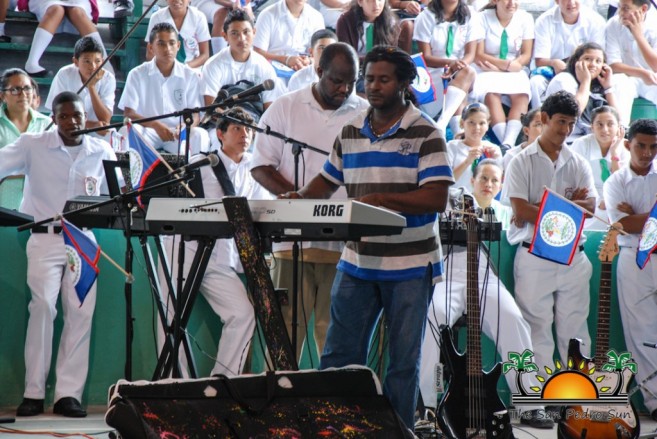 Next to take the stage was guest speaker, Miss San Pedro Michelle Nuñez. She deliver an inspirational speech encouraging the gathered youth to strive for success. “Every single one of you has something you’re good at. Every single one of you has something to offer. And you have a responsibility to yourself to discover what that is. That’s the opportunity an education can provide,” said Nuñez.

She urged the students to take their education seriously as it is a valuable life asset. “No matter what you want to do with your life – I guarantee that you’ll need an education to do it. You want to be a doctor, teacher or a police officer? You want to be a nurse, architect, a lawyer or a secretary of a big resort? You’re going to need a good education for every single one of those careers. You can’t drop out of school and just drop into a good job. You’ve got to work for it, train for it and learn from it. You can do it! I did it, and so can you!”

As part of the event, the Ministry of Education Youth and Sport San Pedro Branch awarded one teacher and one student of each primary school, high school and junior college in the island with the Patriotic Leadership in Education Award. According to San Pedro Education Officer, Miriam Codd-Pott, the award was given to the student and teacher that the school deemed most patriotic and caring of their country throughout the school year.

The day continued with Holy Cross Anglican Primary School Students performing a tribute to the Baymen. The little cuties from San Pedro Preschool also took to the stage to educate the crowd on the five national symbols of Belize, followed by the San Pedro Dance Academy‘s two dance presentations. The SPHS Band took to the stage again, performing their rendition of Enrique Iglesias’ “Bailando” and Byron Lee and the Dragoniares’ “Leggo Mi Man”. Closing the rally was a performance by the SPHS Marching Band. 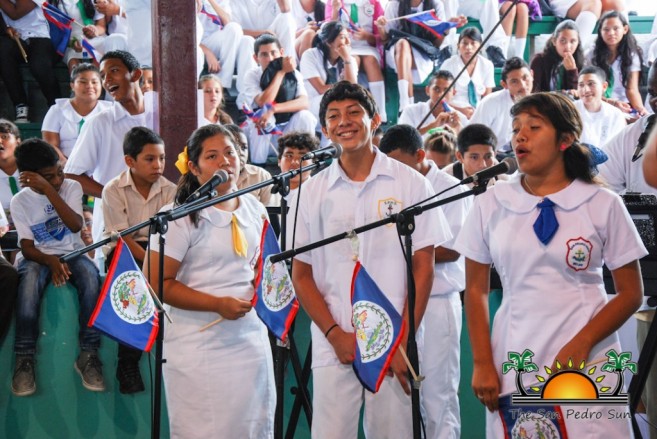 After an amazing show, the gathered students were treated to some snacks and drinks courtesy of the San Pedro Town Council. Event organizers would like to thank all the schools that participated in the rally.