Guatemalan incursion into Belizean territory continues inside the Chiquibul Forest Reserve in the southern portion of the Cayo District and there doesn’t seem to be any sign of stopping it in the near future. The illegal Guatemalans are tearing apart Belize’s pristine forest without any fear for Belize’s authority. It is a national issue that was experienced firsthand by Tony Rath, one of Belize’s most well-known and respected professional photographers. Rath publicized an article on his experience, and it paints a very descriptive encounter of the illegal activities within Belize’s territory. It is an experience that indicates that “Belize is at War, without even knowing it”. 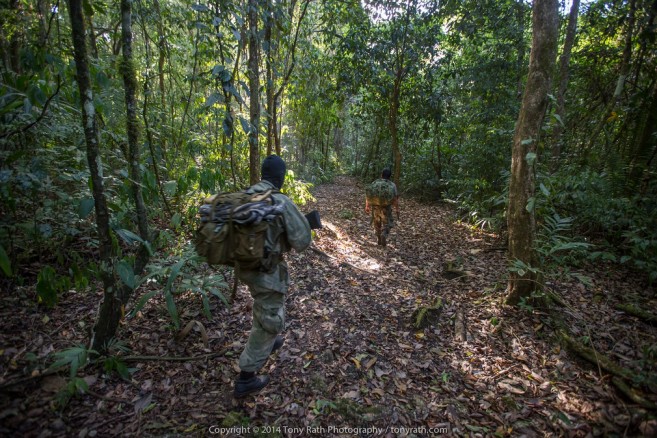 According to Rath, he joined a few rangers from the Friends for Conservation and Development into the Chiquibul National Park on a reconnaissance mission for a larger project being planned in the future. But the photographer’s mission gave him the opportunity to experience an encounter between illegal Guatemalans and the small group of seven rangers, who are tasked with guarding 1073 square kilometers of Belizean territory.
“Without warning, the ranger behind shoved me aside, anxiously whispered ‘get down, Xateros!’ and in a single fluid motion slipped off his backpack, drew his 8 millimeter pistol and charged up the hill. BAM! BAM! There is a tunneling of perception – the shrinking of peripheral vision, a quickening of heartbeat and breath, a general slowing of motion – when the moment takes an unexpected and sudden turn. As my mind struggles to make sense of the situation – the adrenaline-fueled sound of the ranger’s voice; his push; the kicked up stones and leaves from his boots as he flew uphill; angry shouting of ‘Alto Manos Arriba! (freeze, put your hands in the air) and then the gunfire-fear, anger and instinct kicked in,” detailed Rath of the encounters between illegal Xateros (those who hunt for Xate palms) and Belize’s law enforcement agents. 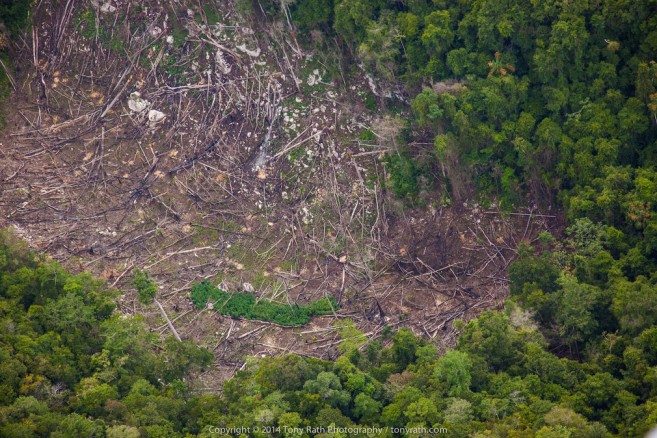 The illegal activities include the clearing of Belize’s forest for logging, the killing of wild animals such as the endangered scarlet macaw and other species, the cutting of precious Xate leaves for export, and now gold mining. Combined, the illegal activities are raping Belize’s forest of its natural resources.
Rath’s words resonated to every Belizean who is proud of her natural beauty and heritage. “The Chiquibul is one of the most biologically diverse and pristine natural environments in Belize. But the web of life is fragile. Unless protected and managed, the scarlet macaws, the jaguars, the monkeys, the mahogany and the countless other creatures and habitats and wonders that are Belize will be destroyed. Even more fundamental though is the protection of our national sovereignty. One of the prime responsibilities of any government is to establish and protect borders… what is more important? The economy? Gang warfare? Jobs? None of these mean anything if we become the 23rd Department of Guatemala,” continued an impassioned Rath.
Rath said that the activities in the Chiquibul, and the regular encounters deep in Belize’s jungle between Belizean authorities and heavily armed illegal Guatemalans are a very clear indication that “Belize is at war without even knowing it.” He hopes that with his article detailing his experience, it would raise awareness and get Belizeans involved to demand that the Government of Belize do whatever it takes to protect the country’s sovereignty.

The incursion into the Chiquibul is a major challenge for Belizean authorities, who have brought it to the attention of the international community at the last General Assembly of the United Nations. To read Tony Rath’s interesting and detailed article, visit http://tonyrath.exposure.co/belize-is-at-war.