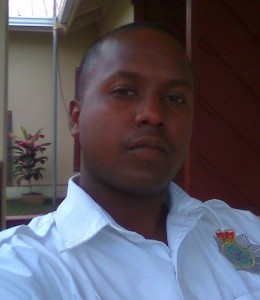 Just before midday September 25th, 2014, 20 year-old Special Constable (SC) Danny Conorquie, assigned to the Tourism Police Unit was shot and killed in the line of duty at the Caracol Archaeological Site in the Cayo District. Initial reports reveal that SC Conorquie approached two men of Hispanic descent who were on horseback. The two men opened fire, mortally wounding SC Conorquie, and then fled the scene retreating into the dense cover of the jungle. SC Conorquie was rushed to the San Ignacio Town hospital where he was pronounced dead on arrival.
This incident occurred in the general vicinity of the main temple in plain view of several tourists and tour operators. Security forces were deployed to secure the scene and tourists were safely transported out of the area by the Belize Tourism Board. The general public is hereby informed that additional security personnel have been deployed to the Caracol Archaeological Site to ensure the safety of the hundreds of visitors who frequent the site.
The matter is still under investigation by the relevant authorities and every effort is being made to bring those responsible to justice. The Government of Belize wishes to express its deepest condolences to the family of Special Constable Danny Conorquie who died while serving his country.
Updates will be provided as information is forthcoming.