The San Pedro House of Culture is featuring a new month-long exhibition called “The Golden Years ”. The exhibit opened on the night of Thursday, March 26th, and features the work of Canadian born international photographer Karen Brodie, who relocated to the island 18 months ago. For the past 16 months, Brodie has filmed over 90 senior residents as part of her first of a series of exhibits being planned. 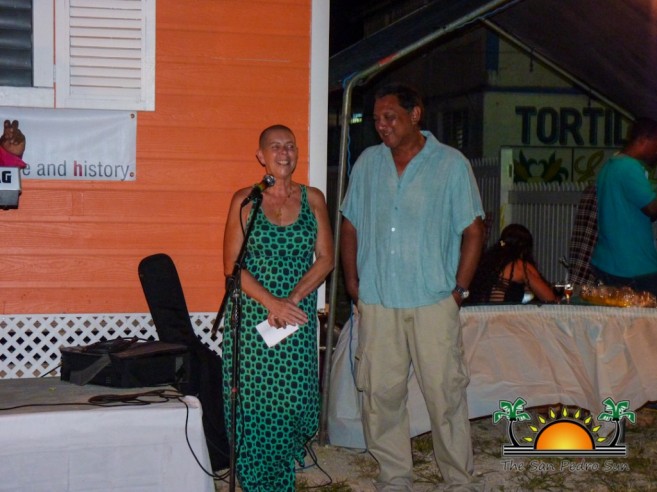 In her opening remarks, Brodie shared with the attendees that when she moved to the island, she wanted to work on a personal project and decided that photographing elders on the island, 60 Years would make for a really interesting project. So far Brodie has photographed over 90 individuals and she believes there are still over 50 more to document. 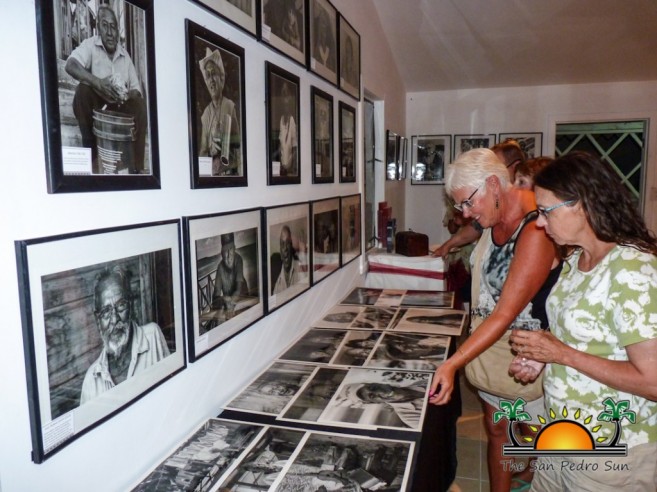 According to Brodie, she always tries to get a story behind each person photographed and has spent countless hours with the elders in the community. “I was looking for our elders to be featured. The reception was amazing and for the most part, people were opened to the idea. I wanted us to really acknowledge our elders. I think that as people begin to age, we tend to stop taking pictures of them and I think it’s really important to have a history of people of their age and have their experience and advice shared to the next generation.” 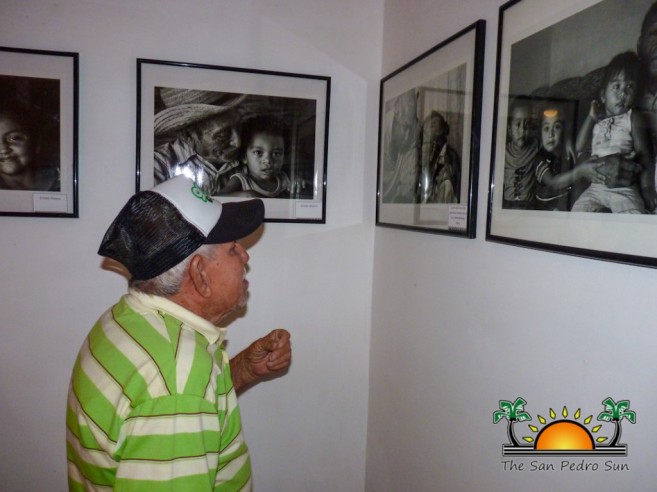 One of the stories that Brodie shared was that of Jose Najerra, who died a few months ago. Brodie said that while he shared his love for the island, the people and country, he had a lot more behind his generosity and very charismatic personality. “The first story that knocked me on the ground was that of Mr Jose Najerra. He was a freedom fighter in his country and was a prisoner of war sentenced to 35 years in jail. Through the George Bush Sr. government, over 1 million freedom fighter prisoners were freed and he was one of them. He was given a $100 by the Red Cross and he managed to relocate to the island. That story amazed me and I would have loved to bring his story to life,” indicated Brodie. 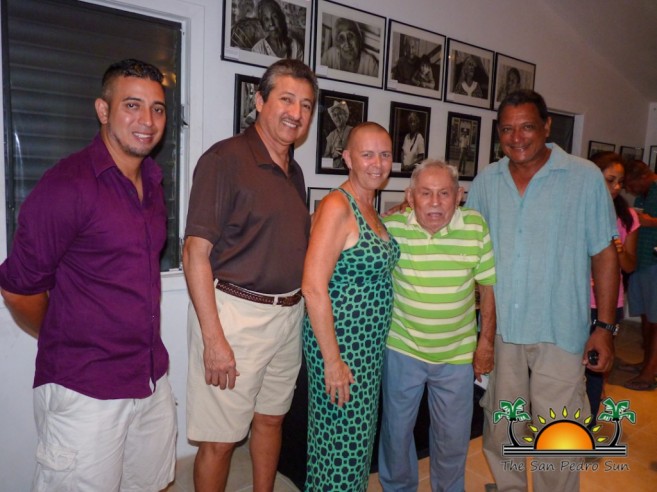 Present at the opening of the exhibition were senior residents featured in the exhibition, their family members, members of the San Pedro Town Council and other invited guests. “Through her lens, she is able to bring across the faces, stories and contribution of some of the elders. Karen has embraced this island, and we are grateful for that,” said Hector Alamilla, Councilor with responsibility of Culture.


Brodie’s black and white photographs feature elders in environmental portraits taken in their homes as well as during a photo session at the 2014 Lions Senior Citizen Christmas Dinner. The free exhibition continues at the San Pedro House of Culture through April 30th and is opened to the general public during normal working hours. Besides the pictures on display, small copies are available for a minimal contribution of $5.00 which will go towards the House of Culture.