Home » Community and Society » The British are back!

The British are back!


On Wednesday, October 28th the highest ranking officer of the British Army Land Forces visited Belize. Lieutenant General James Everard, the highest British officer to ever visit Belize, was on an official visit to meet with the commander of the Belize Defense Force (BDF), Brigadier General David Jones and Prime Minister Dean Barrow. The highlight of the visit was to discuss the reestablishment of the British Army Training Support Unit Belize (BATSUB) in Belize after pulling out of the country in 2011. Since 2013, both PM Barrow and BDF commander Jones had been lobbying for the British Army to return BATSUB to its numbers and capacity as it once was back in the days. The visit of Lieutenant General Everard cemented a commitment for a renewed, full scale, BATSUB facility. 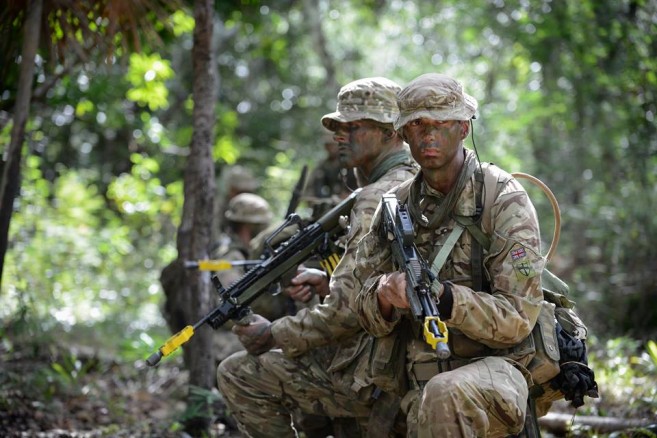 Due to the increase in training exercises that are taking place in Belize by the British forces, the decision to have a more permanent presence in the country is one that is highly being considered by the UK government. Everard’s visit to Belize is very important, due to the fact that a major decision as such will be greatly influenced by him. Currently, approximately 400 soldiers from 1st Battalion the Coldstream Guards are testing their jungle warfare skills in Belize as they take part in an exercise called ‘Mayan Warrior.’ The training consists of three phases, the basic jungle school phase, the intermediate jungle school phase and the firing package phase. The Battalion has been working and training together with the BDF on an exercise that is named after the ancient Mayan people and culture that had previously inhabited the region. The Guards have been deployed deep in the heart of Belize’s rainforest where they have been learning how to fight in the jungle, and most importantly how to navigate and survive the challenges of the tropical rainforest. It is the first time that the Coldstream Guards have trained in Belize and engaged in jungle warfare exercises. 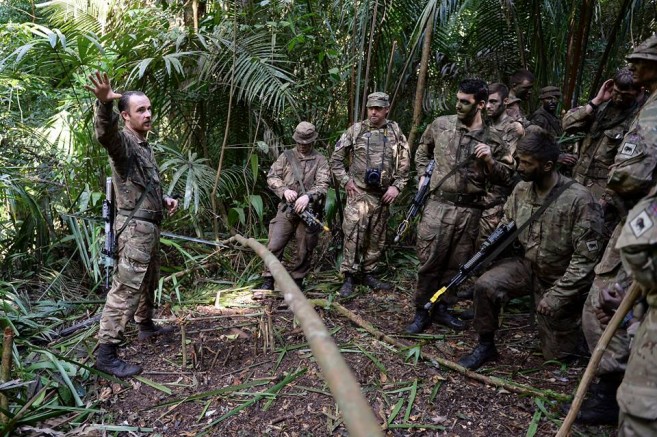 Everard’s arrival to the BDF headquarters, Price Barracks in Ladyville was shortly after midday where he was greeted by a Guard of Honor and BDF Commander Jones. There, Everard, explained that the main purpose of his visit was to officially announce to Belize that BATSUB will resume its operations in the country at an upper level fashion. According to the British Commander, there will be more regular trainings and at anytime there will be around 2,000 British soldiers in the country. However, the contingent will be smaller compared to its size back in 2011. Nevertheless, they will be offering more assistance to the BDF via training opportunities; collaboration and the much needed air support.
BDF Commander Jones welcomed the announcement of the up scaling of the BATSUB, which will increase the training opportunities that the Belizean soldiers greatly need. “It’s quite pivotal that he’s here. It shows the keen interest that the British Army has to come back to Belize and the support that they are keen to provide to the Belize Defense Force. It signifies that there is going to be greater cooperation from what occurred in 2011 when they had downsized their unit here and he is the person that actually will make the decision. Whatever decision he makes will happen. So he’s here to personally see what’s happening in Belize, what’s available for the British Army to do and what level of cooperation can be given to the Belize Defense Force,” said Jones.
Later that day, after the meeting with Prime Minister Barrow, Barrow expressed his satisfaction at the strengthening of relations between the two militaries. He spoke about the economic benefits and educational opportunities the Belizean soldiers will have access to with the British Forces. “What this will do as well is to allow our own Belize Defense Force to benefit from the cooperation that will take place not just through the joint training exercises, but as a consequence of the general broadening of the relationship between the two militaries. Already we’ve talked about new places for BDF personnel to train in military schools in the UK. There is also the economic aspect of things, the fact that there will be some increase in local employment, the employment of local staff and naturally the spending of money in the economy is always something that we greatly appreciate. All around this is absolutely a good deal and we are extremely pleased indeed. We want to put on record our gratitude to the British military, to the UK Ministry of Defense and to Her Majesty’s Government in general. The benefit that we, as a country and the BDF in particular will derive from the new arrangements is absolutely to be welcomed and appreciated,” stated Barrow. 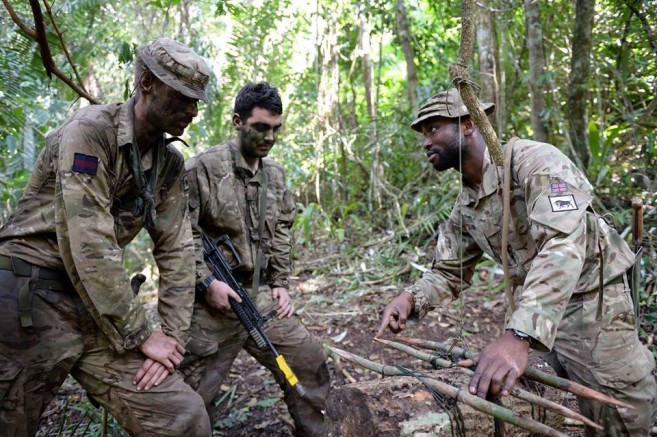 The decision to downsize the British forces in Belize in 2011 came after British Prime Minister, David Cameron and the British Military brass decided to cut back on military bases worldwide. During that time, the English were focusing their military resources in Iraq and Afghanistan. Their return to Belize signifies a bright future for the continued development of the BDF and the country as well. The arrival of the rest of the British troops should be immediate.
Lieutenant General James Everard has been serving in the British Army for the past 32 years and currently holds the highest office in the UK’s military. The day before Everard’s arrival to Belize, Commander Jones received the visit of the General Officer Commanding London District, Major General Edward Smith-Osbourne. He is directly connected to BATSUB and was also ceremonially welcomed by a Guard of Honor.

$750k grants from US Embassy to support good governance in Belize