At the end of November, The San Pedro Town Council (SPTC) informed the artisans who had been doing business at the Central Park for years that they needed to relocate. Their new location, the Honorable Louis Sylvester Sporting Complex (HLSSC), was declared unfit by the artisans. They refused to relocate, and on Tuesday, December 1st, after a compromise with the SPTC, it was arranged for them to move to the beach, right in front of the park. However, in an interview with Mayor Daniel Guerrero, he stated that the artisans must move from the beach before the end of 2015. 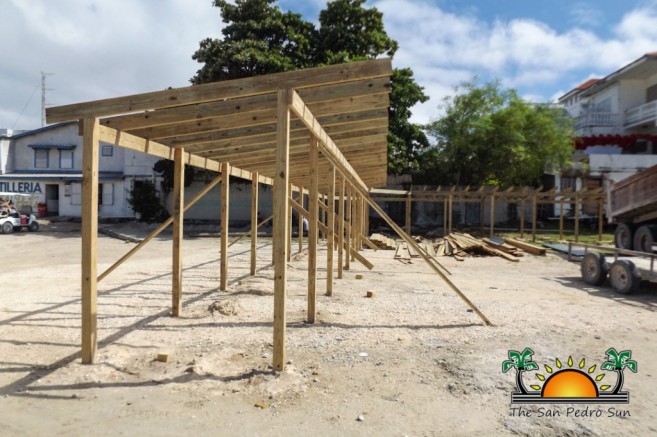 The community was informed through a press release from the SPTC that the vendors/artisans were to be relocated to the HLSSC on the first working day of 2016, but that date has now been changed. “The vendors on the beach will be there for a month, they can stay there until the 30th of December. On the 31st they can be there but to celebrate New Year’s Eve, the only ones that will be there will be the food vendors, but no artisans. They need to move to the Honorable Louis Sylvester Sporting Complex area as previously planned, however, it will be temporary as we are speeding up on the plans we had envisioned for them regarding the facilities,” said Guerrero. At the moment temporary booths are being built for the artisans adjacent to the House of Culture. 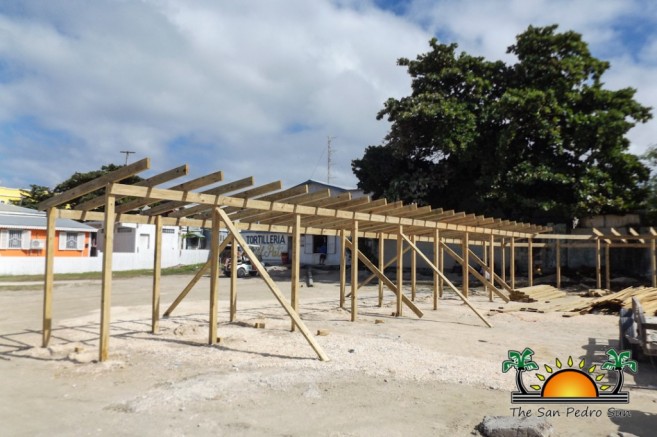 A couple months ago, Guerrero spoke about providing the artisans with colorful booths at their new location. The booths, which are to be built by the Mennonites, will soon start arriving to the island. “I have already ordered to have the kiosks/booths built, which will be painted in tropical colors. Each artisan will receive one for which they will be charged a weekly rental fee. The booths will belong to the SPTC and the vendors need to take care of them; we will be monitoring that they are kept in good shape,” said Guerrero. The Mayor also mentioned that they will be putting up signs and holding a marketing campaign so everyone knows the new location of the artisans. He added that the combination of events at the nearby House of Culture and live music performances during weekends will increase the chances of business for the vendors.
Guerrero indicated that at the moment they are working on a draft of regulations that will apply to any artisan that will conduct business at the new location. Some of these regulations/rules call for a good presentation, respect for each other spaces, taking care of the materials provided by the authorities, and everyone must have a permit that identifies them as a legal business among others.
The SPTC guarantees the vendors that the new location will be as good as the Central Park. He understands that a new change might raise doubts in the artisans, but it is a change for the better and the Town Board expects that with everyone’s participation and hard work, the relocation will not just be a success for the artisans, but for everybody who will be involved in one way or another.