A workshop was held at the San Pedro Town Council’s Conference Room on Tuesday, March 15th in an effort to educate community leaders about masculinity, domestic violence, human trafficking and femicide from both a global and local perspective. Funded by the United Nations Populations Fund and International Migration Organization, coordinators Mrs. Louise Willis and Mr. Rudolph Orio, both retired Superintendents, organized this conference to raise awareness and offer solutions that can end crimes against women. 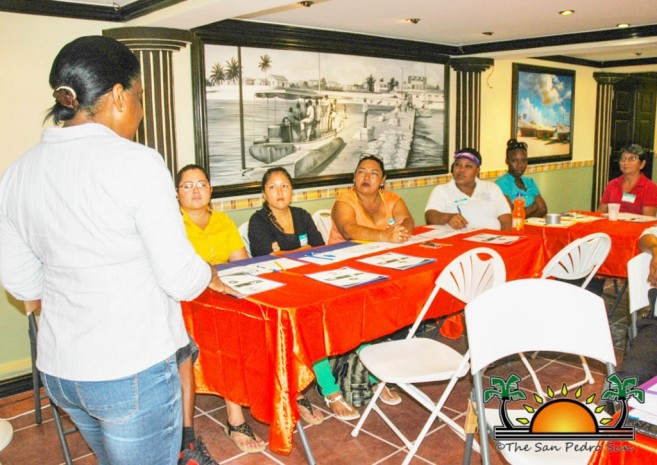 The workshop observed the concept of masculinity and how it is portrayed in society. The idea of having “male sex roles” in cultures adds to the ‘masculine’ patterns set by society of how males should function. Many modern day stereotypes compel men to conform to a box of traits that reflect them as having to be strong, independent, bold, tough, etc. The connection between masculinity and violence is believed to be contributing to the amount of domestic violence cases reported annually.
Willis described a common term relatable to males as “macho”, a shorter form of “machismo”, macho men tend to show aggressiveness and domination over women. These destructive and domineering traits may contribute to a direct source of violence. Some factors that connect to violence are dispossession, poverty, greed, nationalism and racism and often lead to domestic disputes.

Domestic violence is not limited to Belize. It happens around the world and affects people of all ethnicities, cultures, religions, social status, ages or level of education. There are several variations of abuse within domestic violence, and they are: physical (hitting, slapping), sexual (engaging in sexual activity against her will), emotional (yelling, insults), psychological (intimidation, threats) and financial (taking or withholding partner’s money).
Statistics were provided by Willis that showed how the majority of abuse in Belize is caused by men and 87.5% of reported cases show that males were the perpetrator. She also mentioned how domestic violence psychologically affects children. “Children have a higher rate of becoming batterers when they experience violence in their homes, and that continues the cycle,” said Willis. The point of the workshop is to provide solutions and education to ensure that this isn’t the case for much longer. 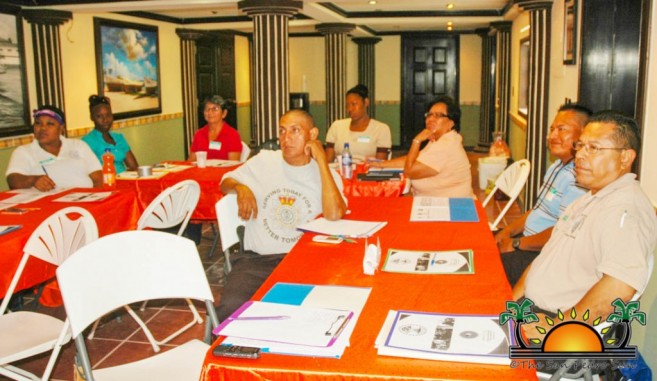 A Trafficking in Persons (TIPs) presentation followed as trafficking was referred as “modern day slavery”. It is considered the second largest industry in the world, behind illegal drugs and arms trafficking. Trafficking is described as the recruitment, transportation, transfer or harboring of a person. An estimated 1.2 million children are trafficked each year, where 43% are for forced commercial sexual exploitations. Trafficking is relatable in Belize as the sex trade industry recruits women into prostitution.
Since Willis is a partner of Project B.A.1, Prevention of Violence Against Women in Central America, she also highlighted the concept of femicide, which refers to violence committed to women based on their gender. Femicide may include sexual violence, torture, cruelty or murder. 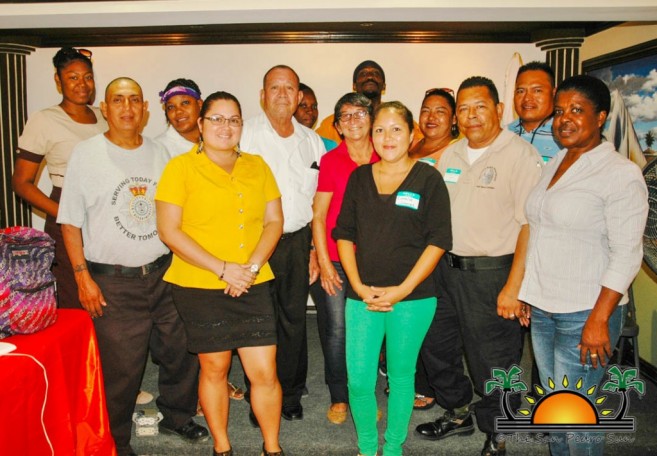 At the end of the conference, several solutions were offered, one of which was a quote: “the end starts with men.” Willis reiterated that breaking the cycle is not as it seems, it simply takes the determination of other men. The key solution is to have males become positive role models, such role models could be leaders in our community, like the police, sports coaches, or church leaders. Willis believes that if men encourage other men to break the cycle of ‘mashismo’, the stereotype of men having to dominate women will decrease, thus lowering altercations that lead to domestic violence.
People going through domestic violence do not have to face their problems alone. Willis and Orio recommend that if you are a victim, you may contact the following: Ministry of Human Development at 206-2645, Labor Department at 206-2700, or call 911. Crime Stoppers hotline number is 0-8000-922-TIPS, and your report can be anonymous. If you witness a crime, including domestic violence, you are urged to help by reporting it too.