In an effort to raise awareness on the topic of domestic violence, human trafficking and femicide (a crime involving the violent and deliberate killing of a woman) in Belize, a media workshop was held on Friday, October 2nd, at the Best Western Biltmore Plaza Hotel in Belize City. Hosting the workshop was Belizean writer, journalist and producer Kalilah Enriquez, who focused on sensitizing the media and providing training on the best practices to report on violence against women, femicide and trafficking in persons. The workshop also touched on the background of the BA1 Project, which deals with the same issue and which was created through the Central American Integration System and approved by the Central American Security Strategy. This approach helps create a safer environment for people and promotes sustainable human development. 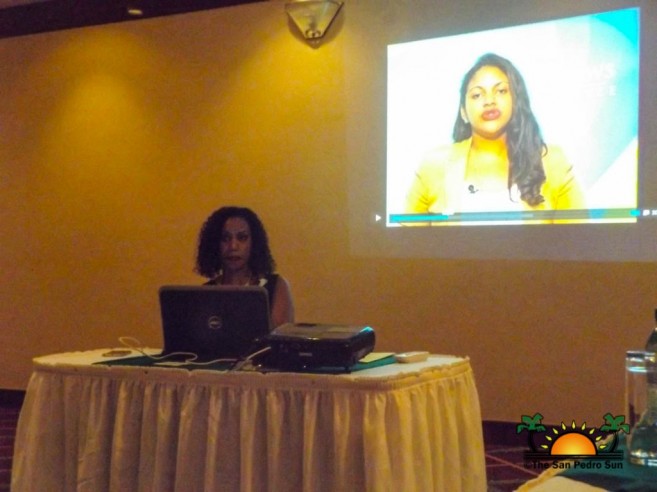 Enriquez mentioned that domestic violence is a critical issue in the country, but it is not reported adequately. “I can see that most of the people taking these workshops are not aware of the extent of domestic violence within Belize. Domestic violence is the number one reported type of violent crime to the police. However, that statistic is not represented in the coverage the media gives it. After doing the content analysis of certain media houses, most of the stories that are written about both domestic violence and human trafficking are about workshops as opposed to actual incidents happening. While people are getting targeted and trafficked, we tend to have this culture of just having workshops when we are supposed to be reporting on these actual crimes,” said Enriquez.
Enriquez stated that the workshop/training is part of a broader initiative project to prevent violence against women and sexual exploitation of children. “We want to change the attitudes towards these things and focus on trafficking in persons. Due to the fact that there are few cases reported to the police, people get the impression that this is not necessarily an issue in Belize. Over the past few years, there have been a little over ten cases reported, which gives you the idea that it is not accurate, as this number must be higher. The same thing when we look at commercial exploitation of children; in 2010, there were only five cases reported to the police. We all know that there must have been more than five cases of children being sexually exploited, and we have a very common example. A young girl in school having an older boyfriend who pays her school fees and gives her family some money, and again like I said, since just five cases were reported, it gives the false impression that it is not a serious issue,” stated Enriquez. She emphasized on educating people that domestic violence is not right. In these cases it is common that people do not report the case because it is considered an issue between men and women, and everyone else should stay out of it. Enriquez believes that this attitude is not right and when these incidents happen, the proper attention must be given to them. 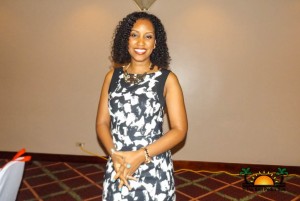 Before the workshop concluded, Enriquez briefly explained the adequate practices for reporting on the issues dealing with violence against women and human trafficking. “A very common stereotype when reporting such issues is that the media often creates the impression that the victim asked for it. The affected women are often entirely invisible in the report. Another stereotype that is prevalent in the media and in the law is the treatment of sexual violence as a crime against the honor of the family or against decency, rather than against women’s right to bodily integrity,” stated Enriquez. She advised to always remember to protect victims’ identity and provide the service of confidentiality when seeking information for a story. If these ways of reporting can be applied, the cooperation from the community, especially the victims, will be greater.
Enriquez ended by referring to the BA1 Project’s main component, which concentrates on improving situations in select communities through the development of localized action plans, improving infrastructure of existing shelters and installations. At the same time, the project deals with the strengthening of community-based networks of service providers and youth organizations. These initiatives should improve the attention of victims and provide a seed capital for self-employment, entrepreneurship and cooperativism.
In Belize, the project is being implemented and concentrated in six cluster areas: Caye cluster (San Pedro and Caye Caulker), Southside Belize City, Belize River Valley, Patchakan (Corozal), Cayo cluster (San Ignacio, Santa Elena and Benque Viejo) and Bella Vista (Stann Creek).
The workshop led by Kalilah Enriquez brought awareness about the issues affecting women and children today. It served as a way to the reporting styles of the various media houses in Belize. Those who attended, including The San Pedro Sun, gained valuable information and appreciates the directive from Enriquez.