In less than a month, the San Pedro Police Formation will be provided with a brand new police barracks. Nearly two years since construction began, phase two of the police barracks project will finally be completed, providing additional space to accommodate more police officers as the Department seeks to increase its numbers on the island.
The completion of the building has been the subject of numerous stories in The San Pedro Sun over the past two years. The content has covered many angles, from the contractor declaring shortage of funds, lack of volunteer support, to questions regarding appropriation of funds donated by both the Ministry of National Security and the local business community. Now we are happy to report, the building is apparently on its last phase of completion.
According to Councillor Gabriel “Gaby” Nuñez, who is still leading the construction, the building should be completed two weeks from Monday, May 23rd. “We just need to spend one week working on the ground floor and another week on the top floor, and by then the building should be completed,” he said. 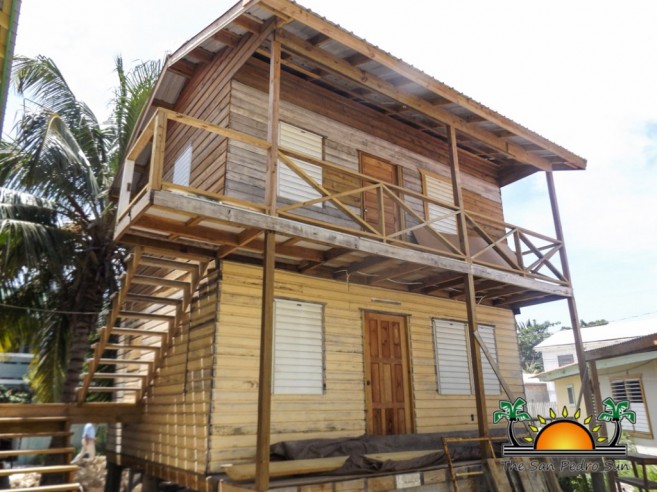 Nuñez indicated that most of the finishing work will take place inside the building, while all the electrical and plumbing has been completed. “The painting of the building from inside and outside is one of the things left to do, along with some minor interior tasks regarding the floors and walls” he said. He added that the completion of the barracks was made possible thanks to the efforts of four main donors. “The completion of the barracks will now be possible thanks to the support of The San Pedro Town Council (SPTC), Castillo’s Hardware, Gaby’s Construction and the Government of Belize through the Ministry of National Security,” he said. “However, we are still welcoming donations, especially to paint the building.” Nuñez indicated that even though they have projected to finish the structure in two weeks, they still need to come up with around $5,000 to finish the interior work. He added that the man power is being provided by the SPTC and Gaby’s Construction at no cost.
Nuñez admitted that the completion of the building has taken longer than expected, but says it is all due to the cost of materials that are brought to the island. “Beside other donations received from the community, the Ministry of National Security donated $50,000 in 2014. It sounds like a lot of money; that amount is enough to build a two story house plus cover the price for a lot on the mainland. However, with that amount, you can’t do much on the island. That is what kept us back for so long.” 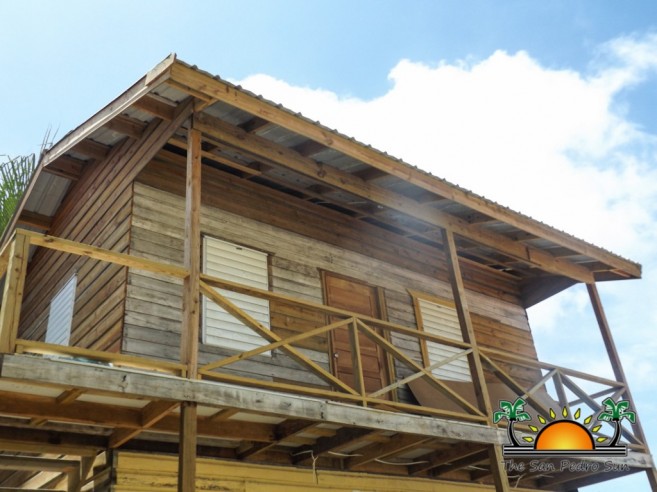 Once the police barracks is complete, the ground floor will have an assigned area for the San Pedro Police Cadets, complete with private bathroom. It will also accommodate an office for members of the Central Investigation Bureau along with a separate bathroom and a computer/conference room. The top floor will accommodate three officers and a separate bathroom.
Officer in Charge of the San Pedro Police Sub-Formation Superintendent Sandra Bowden at the San Pedro Police Formation feels very confident about the progress of the construction. She is aware of all details of the construction and appreciates the support of everyone in finally completing the building.
Anyone wishing to donate to the speedy completion of the building can visit the SPTC offices on Barrier Reef Drive, contact Councillor Nuñez at 605-0976 or the San Pedro Police Station at 206-2022 and speak to the officer in charge. Potential donors are informed that contributions can be financial or in material form.