“A shield, not a sword” is how Prime Minister Hon. Dean Barrow interpreted the Supreme Court decision handed down last Wednesday, August 10, which in effect decriminalized same-sex intercourse between consenting adults.

Barrow said it was the role of the Judiciary to interpret the Laws of Belize, and what Chief Justice Kenneth Benjamin had done was to amend Section 53 of the Criminal Code to exclude sexual acts between consenting adults from attracting criminal charges. Barrow was speaking at a press conference at the Best Western Biltmore Plaza Hotel in Belize City on Wednesday afternoon, August 17. Benjamin had upheld the challenge brought by the plaintiff, Caleb Orozco, that Section 53 was a breach of his human rights to dignity and as such was unconstitutional. Those parts of the Criminal Code that pertain to sexual abuse of minors, or bestiality with animals remain unchanged. 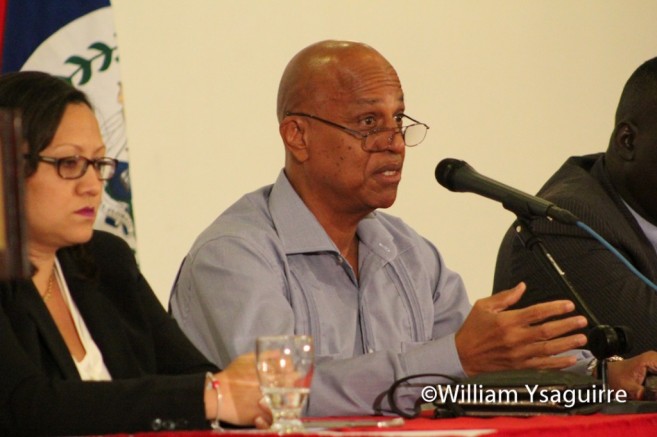 The amendment protects the privacy of adults of same-sex orientation or preference, a “shield”, Barrow said; and should not be interpreted to be a “sword” to fight for greater liberalization of the Lesbian-Gay-Bisexual-Transexual (LGBT) life style. Belizean law still does not countenance any lewd sexual behavior of any kind in public; and Barrow warned that the amendment certainly does not open the door to same-sex marriage. He emphatically affirmed the government’s position on this issue; saying that he would “absolutely, fervently and ferociously resist that challenge!”
Attorney General Vanessa Retreage explained the decision, noting that the Court had awarded costs to the plaintiffs, and therefore the government of Belize will have to pay the legal fees of the two attorneys representing Orozco. The attorneys who argued the government’s case are from the Attorney General’s office and are on salary. 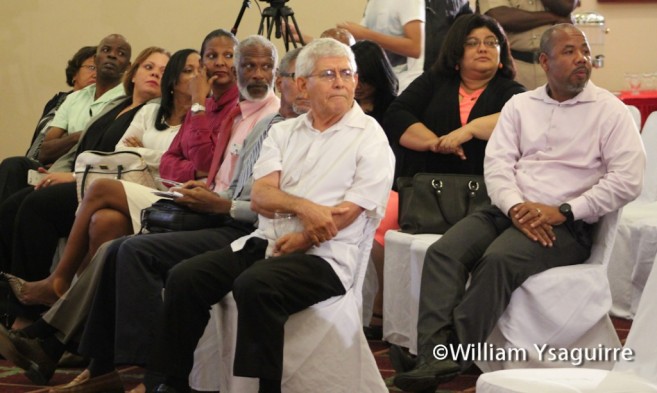 Barrow said the government would not be appealing the decision, since it was his evaluation that such a move had little chance of success. He said the Council of Churches and other religious bodies who had signed on to the original case as interested parties when it began in 2010, were free to appeal if they so wished; and if they were unhappy with the Appeals Court decision, they could further appeal their case to the Caribbean Court of Justice.

As to the question of how the ruling might affect the Belize’s obligations under the United Nations Convention on Human Rights, to which Belize signed on in 1996 when Barrow was Belize’s Foreign Minister, Barrow said the issue of LGBT rights was not a burning issue back then and so the matter of gay rights was not even considered at the time; and he could not see how any codicil to the treaty might be introduced now.
Pastor Lance Lewis, Director of the National Evangelical Association of Belize said they would certainly be consulting with their attorneys to bring an appeal against the Supreme Court ruling, if at all possible. 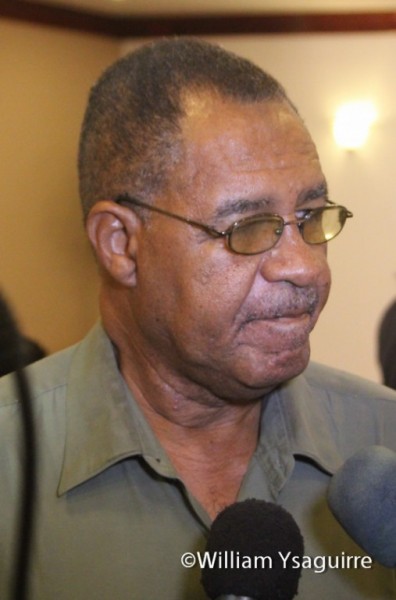 Roman Catholic Bishop, Rev. Dorick Wright and his auxiliary Bishop Christopher Glancy had written Barrow a three-page letter on Monday, August 15, begging for the Government to appeal the decision; since the Roman Catholic Church had no legal standing to appeal the decision, though it had participated in the case as an interested party. Wright argued that an appeal was imperative, as the precedent set in other territories where sodomy laws were abolished or struck down was that it had opened the door for laws on same-sex marriage. The Bishop wrote that this would restrict freedom of conscience and religion and impose a draconian “gender agenda” on the school system.
Barrow sought to allay these fears when he said the Supreme Court ruling would in no way affect the health and life-science curriculum presently being taught in Belize’s schools.