The Belize Supreme Court ended a monumental court case on Wednesday, August 11th striking down the country’s law of punishing ‘intercourse against the order of nature with any other person’, declaring it as unconstitutional. The law is a remnant of the country’s colonial past, and Belize is the first in the entire Caribbean to overturn the anti-sodomy law.
It all began in 2010, when LGBTIQ rights activist Caleb Orozco of the United Belize Advocacy Movement (UNIBAM) challenged the court with a lawsuit, claiming that Belize’s constitution infringes the right to: human dignity, personal privacy, right to equality before the law, equal protection of the law and freedom from discrimination. Orozco was represented by Attorney Westmin James, and Attorney for UNIBAM, Lisa Shoman. 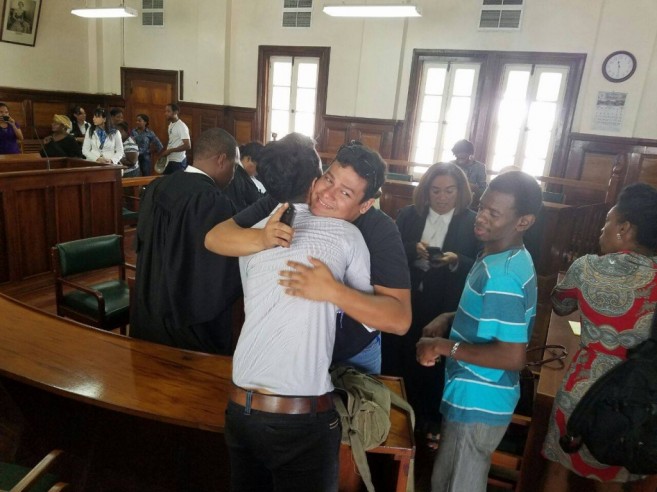 Three years later, on August 11, 2016, Honorable Chief Justice of Belize, Kenneth Benjamin ruled in his favor, stating that Section 53 of the Criminal Code breaches the right granted by the constitution. Section 53 criminalizes intercourse between consenting adults of the same sex, subjecting them up to 10 years’ imprisonment.
Chief Justice Benjamin said that section 53 is inconsistent with the Constitution to the extent that it includes violates consensual and private sexual activities between adults, and ruled that it be modified to bring it into conformity with the constitution. He held section 53 should be read down to exclude consenting same sex intimacy in private and indicated that it did not affect sex with minors nor sex with animals.
He also accepted Orozco’s challenges on all counts, including: that the law is a violation of the rights to dignity, privacy, equality and non-discrimination on grounds of sex; there is no public morality justification; international legal obligations must be complied with; the law must be modified; and the costs were awarded to the claimant. 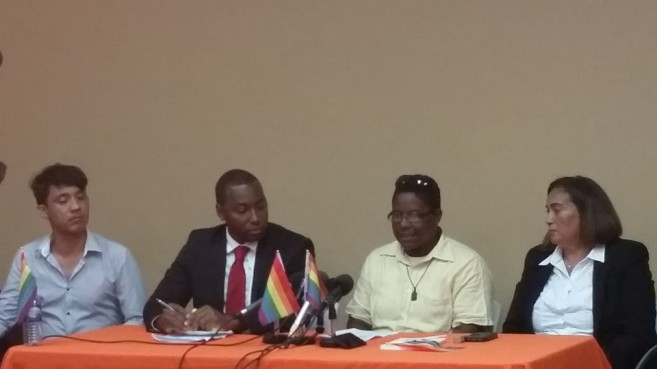 In response to the ruling, Orozco expressed that he never felt prouder to be a gay man. “The decision today is deeply fulfilling, I am elated for myself, but more so for all of LGBTIQ people in Belize. The Supreme Court set a historic precedent in the country, and in the Caribbean more widely, by upholding the dignity and equality of all citizens regardless of their sexual orientation. Though I know much has yet to be done to change attitudes in my country, this is a momentous step, and I could not be more proud,” said Orozco.
Section 53 of the Criminal Code will be revised to disregard penalty of sexual acts between two consenting adults of the same gender. The court extended its positive ruling to declare the definition of “sex” in Section 16 (3) of the Constitution, outlining anti-discrimination, and also including sexual orientation.
In addition, Chief Justice Benjamin mentioned the evidence of the social effects of the law and how it effects HIV testing. He referred to the report “Collateral Damage: The Social Impact of Laws Affecting LGBT Persons in Guyana” by Christopher Carrico. He believes that the decriminalization will greatly assist in the fight against HIV/AIDS, allowing more people to get tested.
Gay rights activists in the country and around the world are celebrating the victory outcome of Orozco’s case. The landmark moment in Belize is expected to influence other Caribbean countries to demolish their anti-sodomy law. Caribbean Advisor of OutRight Action International Kenita Placide is confident that Chief Justice Benjamin’s ruling will have an impact to surrounding countries.
“We are hopeful that this will contribute to a shift in the Caribbean as a whole, where 10 countries still have remnants of colonial sodomy laws. But the laws are only part of what needs to change. We need a stronger movement across the region that can push for a change in societal attitudes. This historic win will push us forward!” 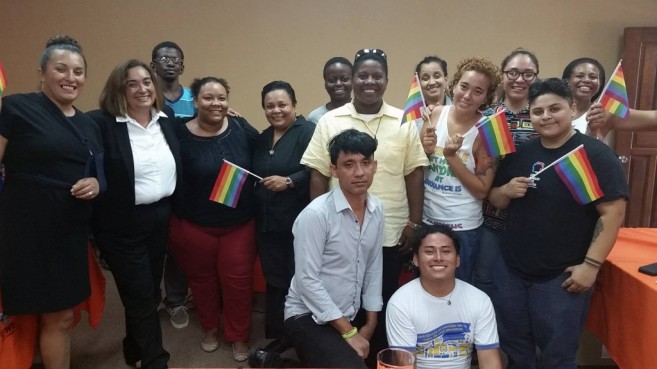 Despite the ruling, Deputy Executive Director of OutRight Action International, Maria Sjodin, mentions the challenge that extends beyond the borders of Belize. In the past, churches have protested condemning homosexuality. With the new ruling, there is no doubt that homosexuals will be arbitrated by anti-gay extremists. “The court ruling in Belize means that the number of countries that criminalize same-sex behavior is now down to 72, and hopefully this downward trend can continue. It is important to remember that laws are only part of what impacts people’s lives, and now the fight to change societies must continue worldwide and this can only happen with strong LGBTIQ movements,” said Sjodin.

San Pedro Teachers and students march in support of the BNTU