Following a Supreme Court ruling on Section 53 in August 2016, Prime Minister Right Honorable Dean Barrow has established a “Church State Commission on Public Morality” that will change the interpretation of “sex” in the Constitution to include sexual orientation. The decision came after receiving legal advice from the Attorney General, and consulting with representatives from various religious organizations. 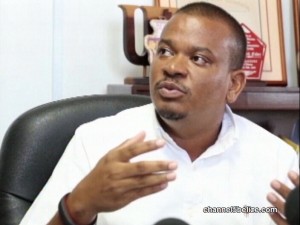 Prime Minister Barrow mentioned that the Human Rights Trust, not Caleb Orozco (who was the Section 53 plaintiff), made the request for the definition of sex to be reinterpreted. He also reiterated that the GOB’s position in the ruling remains unchanged, but the ruling where it decriminalizes sexual acts committed between consenting adults is not supported by the GOB. “We do not have any faith in an appeal striking down the ruling on Section 53, but we are prepared to appeal on that very limited basis. We simply cannot support the criminalization of sexual acts between consenting adults and we are positive that that is what Section 53 did,” said Barrow.
The GOB, along with various churches will set up a joint committee to consider other matters the church raised in the discussions, such as the gender policy, Health and Family Life Education curriculum in schools, and the constitutionalization of marriage being between men and women only.
“We will set up a church state commission to be steered by the Deputy Prime Minister to in fact look at issues having to do with public morality and its role in our society, having to do with the institution of marriage and safeguarding that institution. GOB believes, it’s a shared position of all of us that marriage is between a man and a woman only. The whole question of how to protect family values in an inclusive society. All those weighty matters would be within the provenance of the work of the commission which would undertake studies done by lawyers, as well as consulting with the general public,” said Barrow. 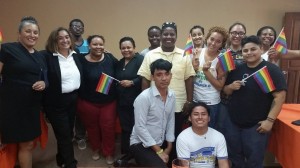 On the other hand, Orozco stated that as a citizen, he is entitled to certain inalienable individual rights, and feels that for Barrow to be fair, he should invite him and members of the United Belize Advocacy Movement (UNIBAM) to be members of this Church State Commission. “If we still live under the ideals of the constitution which recognizes the diversity of groups, it’s only fair to invite the most marginalized to the table to carry out a dialogue which benefits all Belizeans. If we were to be excluded, then it is important to remember that the ministers, be religious and political, have their own moral closet which they need to look into and I need not speak very hard or too far about what their issues are. If it’s a process of building peace and understanding and its value about building peace and understanding, we will be included without question,” said Orozco.
The commission will be meeting on Monday, September 26th in Belize City to work on its terms of reference. Deputy Prime Minister Patrick Faber will head this commission, with members from the Roman Church, Evangelical Church, the National Evangelical Association of Belize, the Methodist Church and the Alliance Group expected to attend.