Home » Community and Society » 66 Foot Reserve and Use of Seabed: Ministry of Natural Resources explains

66 Foot Reserve and Use of Seabed: Ministry of Natural Resources explains


In light of the damage caused by Hurricane Earl, the Commissioner of Lands and Surveys issued a press release on Wednesday, August 10th explaining the utilization of the seabed and of the 66 feet reserve; which may include riparian forests, beaches, littoral forests and shoals. Through the Ministry of Natural Resources (MNR), and the Lands and Surveys Department, the general public was advised that in order to rebuild or construct a new dock/pier, a permit from the MNR is needed. This once again brought the issue of Queen’s Land/66-foot reserve to the forefront.
In Belize, all land up to 66 feet from the high water level is considered national land or “Queen’s Land”. It also means that it is to be kept accessible to the public and free from development. Therefore, occupation of the land without permission constitutes as an offense of unlawful use of National Land. 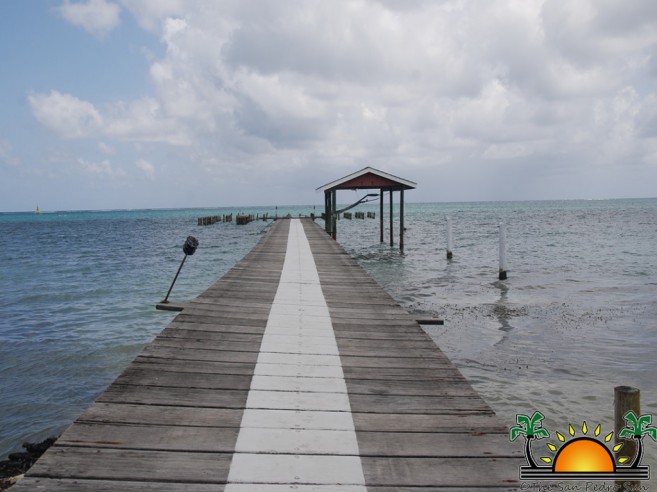 “By powers of the National Lands Act (Revised Edition 2003), the Lands and Surveys Department has jurisdiction over the 66 feet reserve and the seabed (National Land). Although the use of the seabed and the 66 feet reserve are regulated under the National Lands Act, Section 6 Clause 1, the construction of over-water structures on the seabed falls under the Belize Building Act, Chapter 131 of the Laws of Belize Revised Edition 2003, which is implemented by the Central Building Authority.”
According to an apprentice planner at MNR, this press release should not translate as a sudden surprise. All dock owners who held a permit were already aware of the conditions that are stated in their permit, which is that they must reapply for permission to build a dock in any case of natural disaster. Before reconstructing, building or refurbishing any of the piers, docks and other over-water structures, special permission needs to be obtained from the Lands and Surveys Department.
However, building a dock/pier on national land does not grant ownership, and thus they are public. There have been cases in the past where some businesses have denied access to their dock, going so far as to building gates at the entrance. Whenever a permit is granted, the applicant is subjected to various conditions set by the Physical Planning Department of the MNR. “This is only a privilege to erect structures on National Lands and does not confer ownership nor an interest in the Land (seabed); no gates or barrier structure shall be placed on the pier; proper lighting should be put in place to prevent navigational hazards; the public shall have access to the pier from 6AM to 6PM and at all reasonable times.” The rules even state that “if any dredging, mangrove clearance or any other environmental activities are required, proper authorization should be obtained from the specific permitting agencies.” 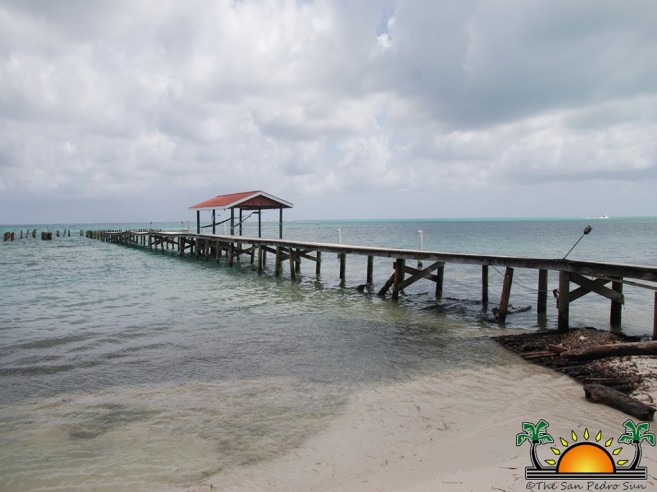 Those who aren’t compliant to the law are reminded that the seabed is government property. By going through the reapplication process to rebuild, it allows the Lands and Surveys Department to update their records. “The seabed is not private property, nor is it owned by the town council. It is managed by the government of Belize, and we give people permission to utilize the national land. So we have a record of whatever it is that people are constructing. This is not to stop them from constructing, it is more for the department to know what it is that they are building and to know the location,” said the MNR representative.
The department requests that dock owners visit their headquarters in Belmopan to proceed with the official process. For more convenience, an authorized person may come on the behalf of the dock owner, along with an authorized letter and a copy of identification. The minister will then issue approval in writing prior to the occupation or use of the 66 feet reserve.
So far, at least five out of 252 dock owners on Ambergris Caye have reapplied. If you wish to reapply, and need more information or have questions, you may contact the Ministry of Natural Resources at 802-2711 or 802-2226. Their office is located Queen Elizabeth II Boulevard in Belmopan City, Belize.