On November 6th through the 9th, the World Youth Conference (WYC) 2017 was held at The Ramada Belize Princess Hotel in Belize City. It was the first time that the conference was held in the Caribbean Region and Central America, and Belize was honored to host the prestigious event. The conference included 250 national, regional and international youth leaders under the theme: “Globally Running to 2030, Becoming Sustainably Strong.” The group focused on giving a voice to the youth through a transitional deliberation on how to make the post-2015 development agenda a reality. This involved four days of panel, roundtable discussions, workshops, and musical and cultural presentations on various community, national and international youth-related issues and sustainable development. 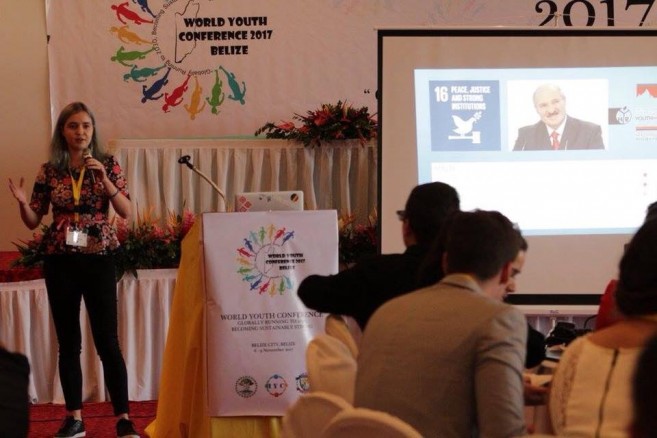 The Sustainable Development Goals (SDG’s), known as the Global Goals, were the highlight of the conference, calling on universal action to end poverty, protect the planet and ensure that all people enjoy peace and prosperity. The 17 SDG’s were developed in 2015 as part of the wider 2030 Agenda for sustainable development based on the success of the Millennium Development Goals (MDG) under the United Nations Development Programmer (UNDP). They provide clear guidelines and targets for all countries to adopt in accordance with their own priorities and the environmental challenges of the world at large. The goals also tackle the root causes of poverty and aim to make positive changes for both people and planet. The 17 SDG’s are expected to be achieved by all nations by the end of 2030. However, achieving the SDG’s requires the partnership of government, the private sector, civil society, and citizens. 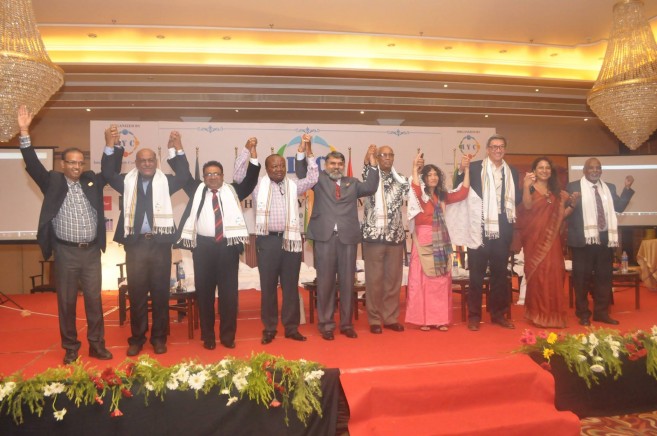 The opening ceremony began at 6PM with the singing of the national anthem, followed by many speakers who welcomed participants to the World Youth Conference 2017. The conference was officially declared open by the Deputy Prime Minister and Minister of Education, Youths, and Sports & Culture Hon. Patrick Faber. Thereafter attendees were treated to a cultural presentation sponsored by the Belize Music Ambassador. The night closed with a live performance of the official WYC2017 song, theme: “Heretimativa Juntos (Stronger Together)” performed by Belizean artists, C-Wills, Bernadette Gilharry, Supa G, Tanya Carter and T.R. Shine. 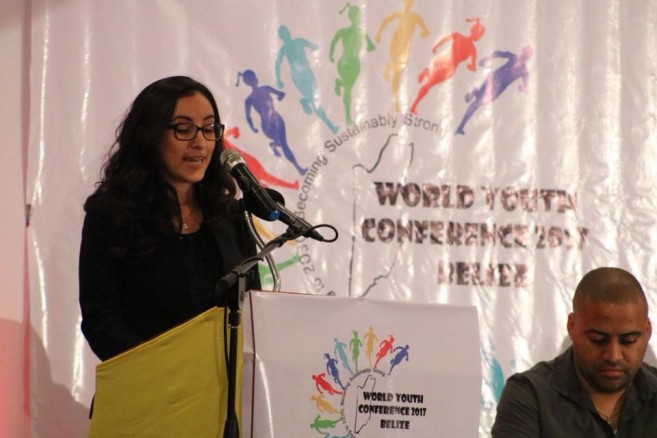 The following day, the SDG’s were divided into groups, so participants could choose their area of interest. Participants spend the entire day discussing how they can implement the various SDG’s in their respective countries. The day ended with a Lantern Festival organized by the Embassy of Taiwan at the poolside of the hotel. 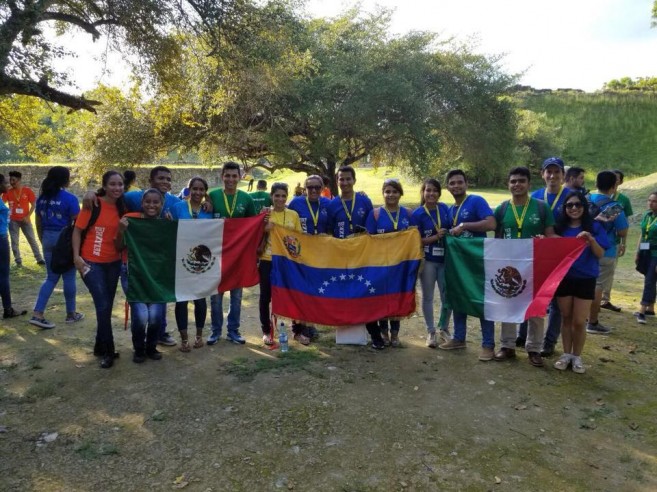 On, November 8th, it was another day of discussion, with participants placed in specific groups to hold deeper conversations. Another topic that was of importance at the WYC 2017 was the Mahogany Declaration. This global agenda is a guideline for participants when involving their respective countries on the various issues, including but not limited to economic development, healthcare, and climate change. All participants were asked to pack a flag of their country and bring their cultural outfits, as the day ended with a Cultural Night at the Memorial Park in Belize City. 43 nations were represented in colorful and unique ethnic attire, along with their flag. Participants enjoyed the night as they saw cultural presentations from the different nations who attended. 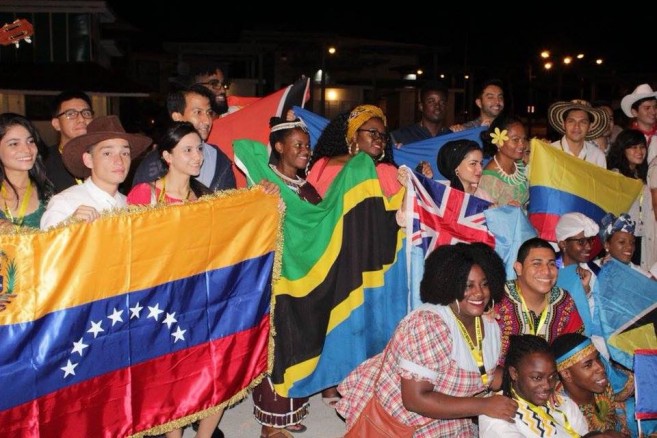 The World Youth Conference 2017 culminated on Thursday, November 9th. In the morning participants were presented with a draft of the Mahogany Declaration, along with a short recap of the various discussions that took place over the days. At noon, all participants were given a tour through Belize City while heading to the Altun Ha Archaeological Site. The group spent the afternoon enjoying and exploring the Maya site. As the day came to an end participants were transported back to the hotel to get ready for the closing ceremony of the conference. The ceremony and National Youth Award night saw participants walking the red carpet in their most luxurious and elegant suits. Many Belizeans were awarded for their outstanding contributions on empowering young people, as well as international leaders from China, Trinidad & Tobago, Sri Lanka, and the United Kingdom. Following the ceremony, participants were invited to the Elite Night Club, where a private party was held for them. The group saw many Belizeans artists perform while dancing and singing until 5AM. 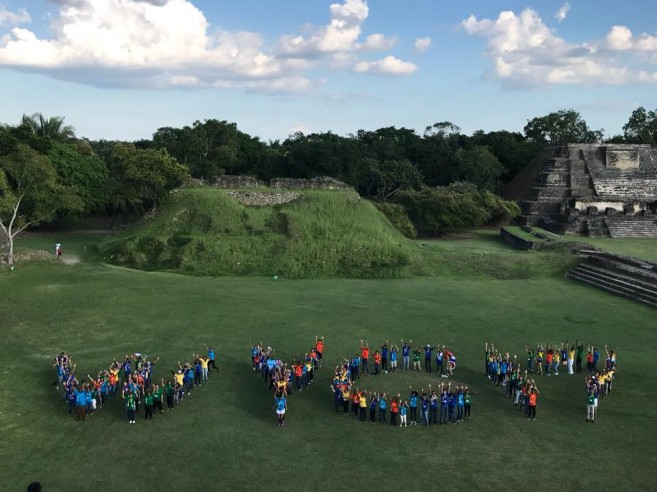 The World Youth Conference 2017 is sponsored by the Department of Youth Service (DYS), Scotial Bank, Atlantic Bank, Development Finance Corporation (DFC), Belize Tourism Board (BTB), National Institute of Culture and History (NICH), International Youth Committee (IYC), World Youth Conference (WYC), Pepsi, Belize Music Ambassador, Embassy of Taiwan, Embassy of China, Belize Telemedia Limited (BTL), Copa Airline, Ministry of Education, Youths, and Sports & Culture , The United Nations Population Fund (UNFPA), and Belize National Energy.
The WYC thanks everyone who attended and made it another successful one. The World Youth Conference 2018 will be held at Port of Louis, Mauritius. To learn more about WYC and how you can participate in 2018 please visit www.wyc2016.com