« Older: Kids in Action is back; another group of island children to become divers
Newer: » Arrests expected soon for San Pedro’s recent shootings


The police formations of Caye Caulker and San Pedro Town were visited by the Minister of Home Affairs and New Growth Industries, the Honourable Kareem Musa. The trip to the Cayes is part of his countrywide national familiarization tour with the different police formations and officers. Musa was accompanied by his Chief Executive Officer (CEO) Kevin Arthurs, Area Representative the Honourable Andre Perez, the Commissioner of Police Chester Williams, Assistant Commissioner of Police Dr. Richard Rosado, Superintendents Clement Cacho and Christopher Noble, including the President of the Belize Police Department, Sergeant Jermaine Hyde. 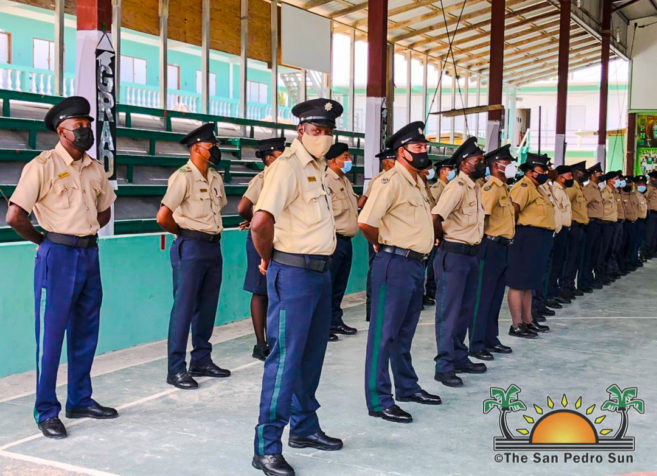 The visit helped in the reassessment and evaluation of the work both the island formations have done. In both Caye Caulker and San Pedro, Musa conducted inspections of the guards, the police stations, the barracks and held a group meeting with the police officers. 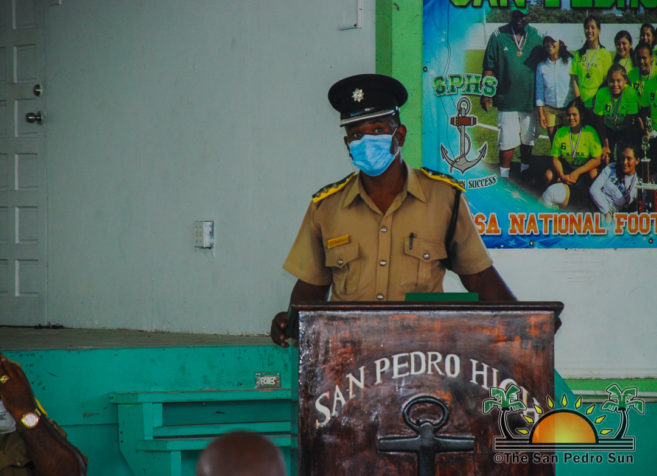 The short meeting held at the Angel Nuñez Auditorium included addresses commending the work of the island police formations. Master of Ceremonies Assistant Superintendent Basil Reyes briefed Musa on the policing done in San Pedro with their force of 85 officers. 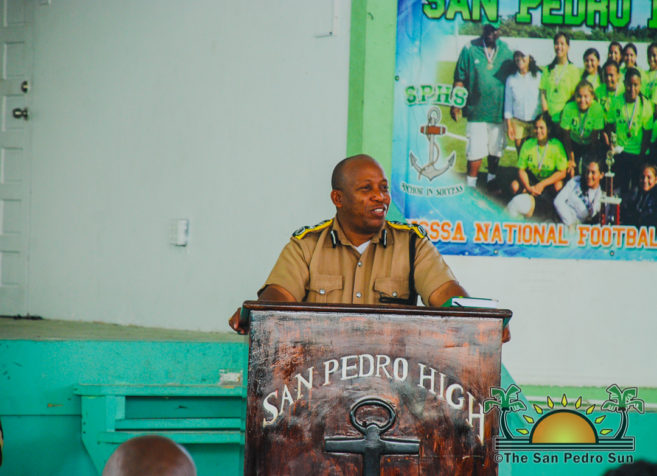 ComPol Williams commended Noble’s leadership which has significantly reduced crime on the island. Two years ago, Noble took over as the Officer in Charge of the islands; today, he is the newly created Region Four commander covering the Cayes. Williams told the officers that the security of the Cayes is critical. Their responsibility is great, and they should do their job with pride. He added that there will always be crime; thus, hard work should never stop. 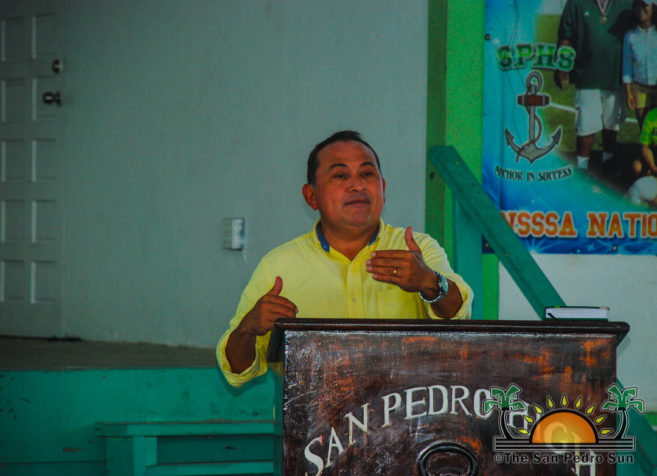 Perez also acknowledged the police department’s work on the islands and pledged his support while CEO Arthurs motivated the police officers to continue doing a good job. Arthurs said that it was a privilege for the officers to serve as the keepers of the internal peace across the country. 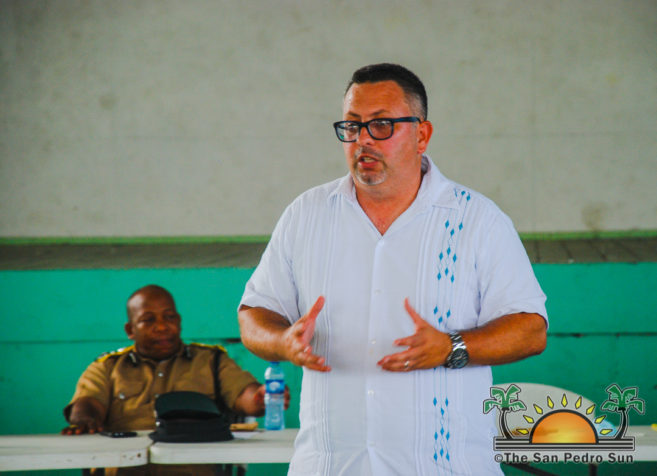 Musa reiterated that he is happy with the work done on the islands, particularly in San Pedro. The crime was growing out of control in San Pedro before Noble’s arrival. Musa agreed that Noble’s strategies have ensured that major crimes like murder have almost vanished since June 2019. Musa pointed out that the Cayes represent a major part of the tourism industry and about 45% of the country’s Gross Domestic Product. He recognized that it is a great responsibility, but it is essential to keep the peace, so the tourism product is not jeopardized. The minister also pledged more support for the police formations in both islands.

The Minister of Home Affairs and New Growth Industries’ national tour will continue in the southern districts of Stann Creek and Toledo.