On Thursday, October 21st, Fabrigas Belize Limited issued a press release indicating there was no longer a shortage of oxygen in San Pedro Town. The company later explained that there was an issue on the island with a customer who was re-selling oxygen without proper authorization. The customer is Abner Bacab an Emergency Medical Technician (EMT) who operates Island Emergency Services. At times Bacab would tend to emergencies and provide patients with oxygen and at the end of the service, a fee is charged. Fabrigas has stopped selling oxygen to Bacab in large quantities because according to them, he is not a dealer or a doctor authorized to provide such interventions. 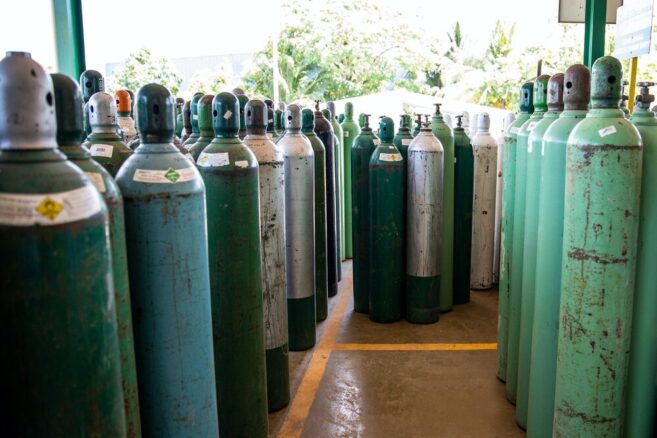 Special Project Coordinator at Fabrigas Glenford Baptist said that the other complaint is that Bacab is price-gouging the oxygen. He explained that the cost of oxygen at their authorized distributor in San Pedro is $108 per 220 cubic foot cylinder. The price Bacab is charging patients is reportedly $500 for the use of oxygen. They believe that this is exploiting people in these times of need. Baptist said that as an EMT, he can get oxygen to execute his business when transporting patients to a health facility, however, he should not be re-selling it. “Bacab will not be sold oxygen in those large quantities, he is not a dealer, and he is not authorized by way of his professional training,” Baptist emphasized. According to him, before someone gets oxygen they need a doctor’s prescription and they are the dealer on the island in cases of emergency and deliver such service if needed. 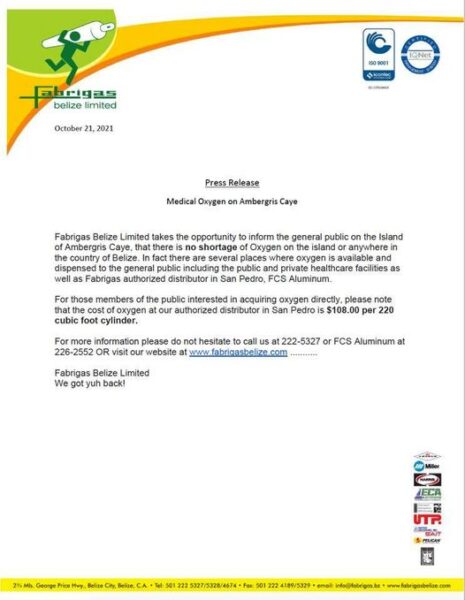 Bacab is very disappointed with the decision of Fabrigas and believes he is not exploiting people. His service has saved lives on the island as he has responded to emergencies in the wee hours of the night. Many times he tends to COVID-19 patients which entail extra measures. Many island residents appreciate Bacab’s service, claiming he seems to be the only one that can save you when you get sick in the middle of the night as he will come to your place and tend to you. 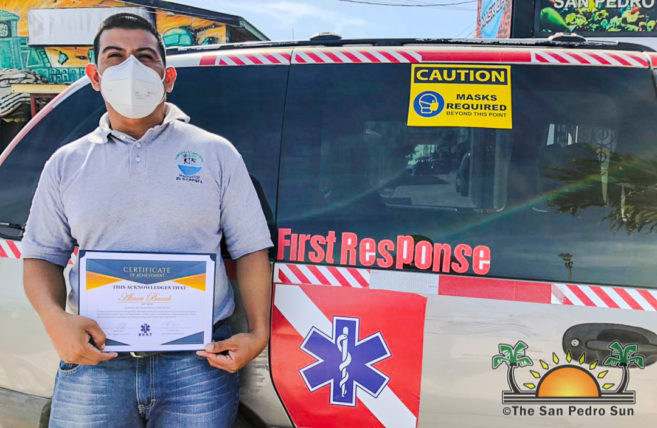 In regards to the pricing of $500, Bacab explains that his service includes oxygen cylinders, oxygen regulators, masks, transportation, use of Personal Protective Equipment, and work experience. Bacab also stated that he only administers oxygen to patients with a doctor’s prescription. “We have helped treat many COVID-19 patients and work directly under a physician’s prescription.”

Bacab is calling on everyone to come to the table, work together, and move forward. He is unable to provide services to the many people reaching out to him at this time. He highlighted that there is no hospital on the island and the service he provides is very vital in this pandemic.

Up to press time, the situation has not been resolved and Island Emergency Services can only obtain oxygen to use in their ambulance while aiding and transporting patients.