Over the past few days, Belize and Mexico have co-hosted the 37th edition of the military exercise Tradewinds. While Mexico is hosting the naval components of the exercise, Belize is being utilized primarily for land training. On Tuesday, May 17th, the San Pedro Sun and other local media houses attended one of the training locations where soldiers participated in a live-firing session to sharpen their marksmanship.
The day’s activities started just after 9AM at the Police Training Academy in the capital city of Belmopan, where a Joint Interagency Coordination group is based. Following a briefing about the exercise, members of the Belize media corps and members of the United States (US) Embassy in Belize boarded a US Army’s CH-47 Chinook helicopter for a 20-minute to the Hattieville Gallery Range in the Belize District. 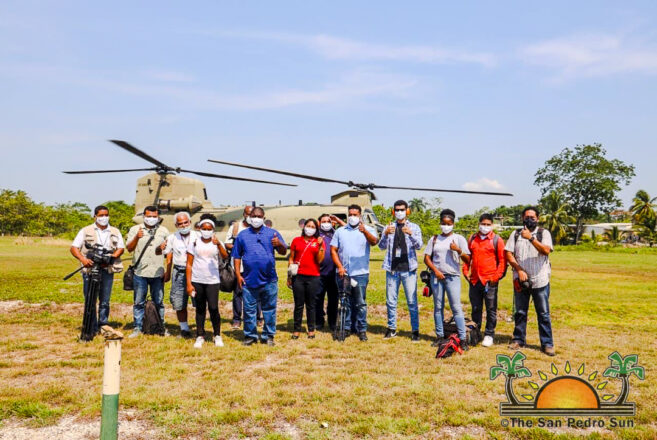 The ongoing regional military exercise spans over 300 miles from Mexico into Belize with 1,800 military personnel from 21 countries like Canada, Colombia, Bermuda, and Guyana. The drills cover the US Southern Command sponsoring land, air, sea, and cyber security exercises. According to Major and combat advisor of the US Army, James Suber, Tradewinds provides the opportunity for participants to build capacity in case of joint operations in the future. He explained that some of the drills are geared toward security and keeping the peace. However, there are other exercises relating to natural disasters. Suber also mentioned that Belize’s landscape provides excellent terrain for foreign forces to train. “Because it offers a lot of different terrains, we have the ability to get a lot of quality training,” he said. Suber also highlighted the offshore Cayes for offering good training grounds for dive teams. 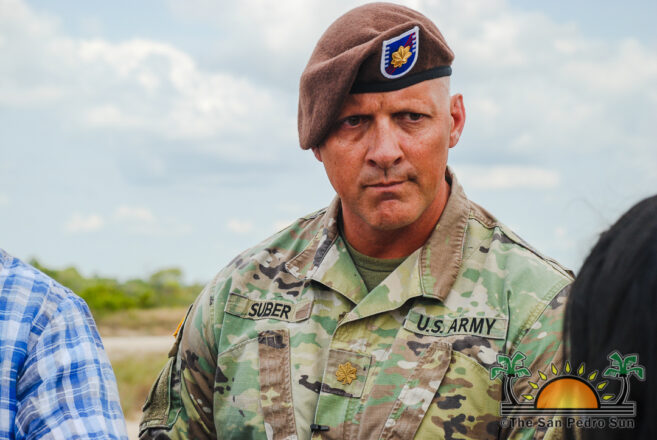 Acting Chief of Staff in the Belize Defence Force (BDF), Major Rogelio Ramirez, spoke about the drill on Tuesday. “The soldiers are doing live firing today. We have about 378 BDF soldiers participating in this exercise. Members of different countries are here sharpening their skills, sharpening their capabilities when it comes to shooting and marksmanship,” said Ramirez. 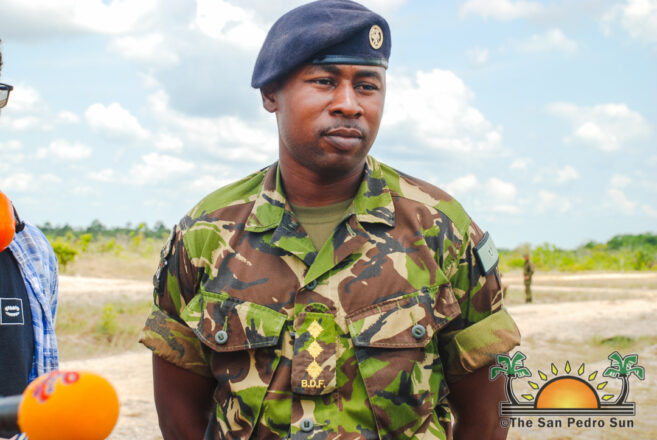 Another exercise component explained was a first-of-a-kind certified jungle training offered by the BDF. Service members from the different countries participating took the training. BDF’s Captain Clifford Avila leads this course, saying it is a very rigorous drill. “The jungle is no easy place to survive,” he said. They have been trained on survival. They have been trained in different physical aspects. When these guys came here, they did not expect the terrain and the jungle to be like this. It is an area that is very mountainous in the primary jungle.” Avila said that participants must pass a physical assessment to complete the training and become a basic jungle warrior. “One of the physical assessments they must pass is a hill called the death trail. You have to make it up that hill and back down in 20 minutes,” Avila added that on top of this hill, in western Belize, is where the classes are also held.

Tradewinds 2022 will conclude on Saturday, May 21st, with a grand closing ceremony in Belize City. The ceremonies will also see the respective soldiers getting awards for courses taken during the exercise.