On Sunday, September 18th, the government held its Tribute to Belizean Patriots ceremony at Battlefield Park in Belize City. Several Belizeans were honored with prestigious awards for their contribution to the country. Among the awardees were San Pedro’s own Susana Eiley and the late Mayor Alberto ‘Beto’ Nuñez. Both received the Meritorious Service Award for their contributions to community service.
Acting Governor General Ambassador Stuart Leslie presented the awards. Eiley was very grateful for the recognition and proud to represent her hometown of San Pedro. She shared some of her mother’s teachings, which helped her become the role model she is today. “Mom was the one who taught us; she was a rock on the island,” said Eiley. She said that watching her mother working for the community was the greatest example to follow. Eiley noted that working for the community is in her heart; she loves being involved in anything to benefit the island community. “I’m very happy to be recognized. I have worked hard for my community for so many years. I never expected anything like this,” Eiley said. The San Pedrana is very proud of the award and said she will continue working for her people. 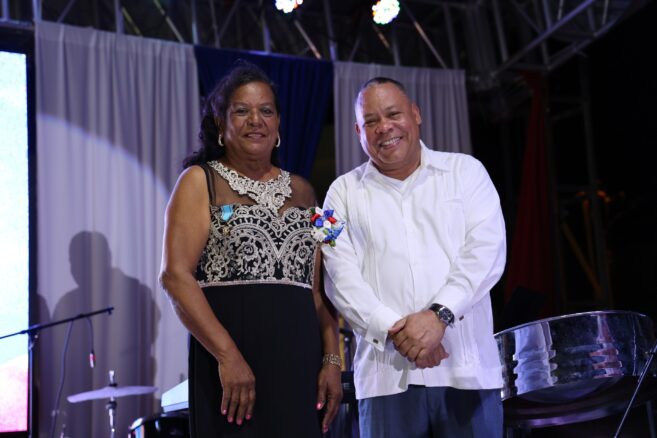 Eiley is well known in San Pedro for defending those needing help and advocating for justice. For over 30 years, she has volunteered in social service helping many newcomers to become established on the island. As a justice of the peace, she works closely with the police department and volunteers with the National Emergency Management Organization, known as NEMO, in times of disaster.
Eiley owns and runs one of the island’s most iconic restaurants, El Fogon. The restaurant prepares authentic Belizean cuisine. El Fogon is a popular eatery for both locals and tourists alike.
The late Beto Nuñez
Mr. Beto, as he was affectionately known, was the fifth Mayor of San Pedro from 1997 to 2003 under the People’s United Party. One of his sons, Saul Nuñez, shared how grateful and honored his family feels for such recognition. He spoke about his dad as a hard-working man who loved San Pedro. He mentioned that his dad spent some time in Campeche, Mexico, where he learned about the fishing industry. 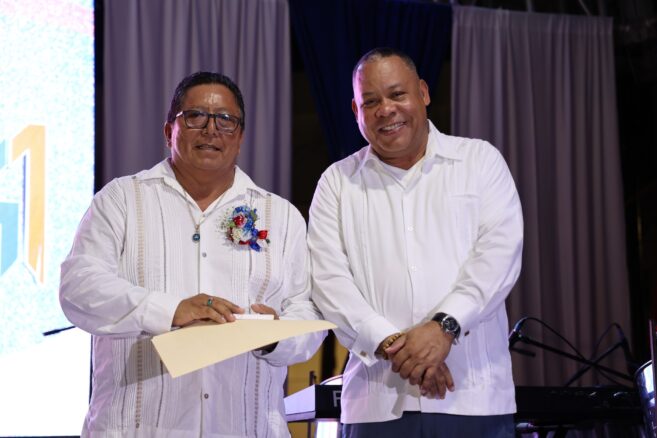 Alberto “Beto” Nuñez was born in San Pedro on August 21, 1934, to Alberto Nuñez and Andrea Villanueva. He attended R.C. School until the age of thirteen and then dedicated himself to the fishing industry like many locals during that time. After stopping on the island in 1959, when he was heading to the Pacific Ocean via the Panama Canal, he decided to remain home instead and canceled his trip. Saul said his dad became very involved in the fishing cooperative and even ventured into a business transporting building material. Don Beto was an active man, and the islanders saw in him a leader. He was asked to enter politics and, in 1997, was elected Mayor of San Pedro. He served for two terms, and many on the island remember him as a hard-working leader with a vision to bring development and opportunities to the islanders. His son Saul, who works with recovery centers where persons experiencing problems with alcohol or drugs are counseled, said his late father was an inspiration to him. He thanks his dad for the discipline he learned from him.
Don Beto died on December 8, 2017, at the age of 83. He was laid to rest at the St. Peter Cemetery with all the honours he deserved.
The San Pedro Sun joins the island community in congratulating Susana Eiley and former Mayor the late Alberto’ Beto’ Nuñez for a job well done and her well-deserved Meritorious Service Award.